Bill Burr Crushes it in Cologne, Germany – First Show of the “50” European Tour

Today I went to my first ever live stand-up comedy show. I was lucky to snatch up a ticket to the first show of the great Bill Burr, who started his “Going 50” European Tour. No spoilers ahead. 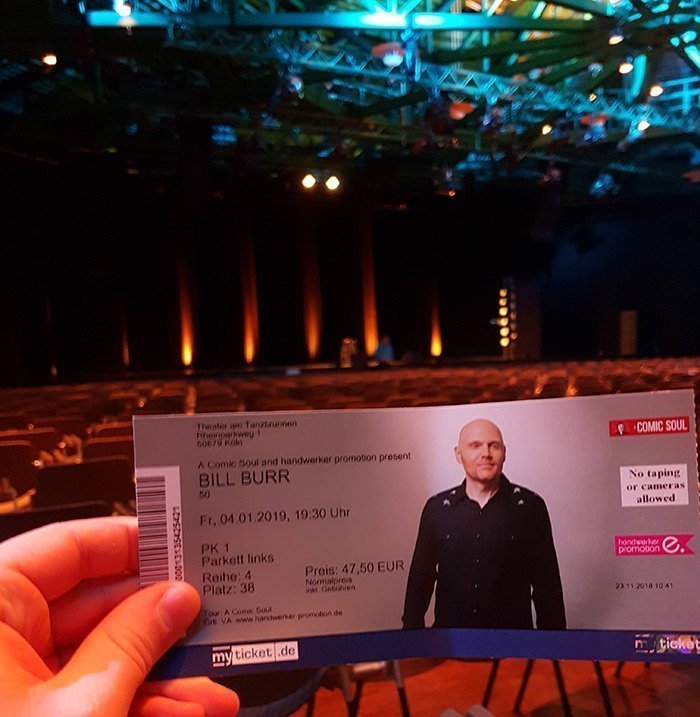 The opener was Paul Virzi, who did around 20 minutes to warm up the crowd (~700 people).

Then Mr. Burr was introduced and the crowd got loud and excited! What followed was ~90 minutes of joy and laughter. After the show I heard people complaining that their jaws hurt from laughing so much. I felt the same way.

Was the show funny?

A strong yes. Of course it was not as polished as I’m used to seeing in comedy specials, but this makes it even more interesting.

If you’re a fan of Bill Burr and you listen to his podcast, or if you watch his appearances on other podcasts and shows, such as Joe Rogan Experience, Your Mom’s House, Conan O’Brien, etc., then you’ve probably heard some of these jokes. Not in full, not worded exactly this way, but the material will be familiar to you.

You can find a good deal of the material from this tour in the Paper Tiger Netflix Special.

How to behave at a live comedy show – etiquette rules

Back in November 2018 when I bought my ticket to the show, I sent an email to Mr. Burr asking what he thinks people should refrain from doing at a comedy show. My letter was even read on one of his Monday Morning Podcast episodes, imagine that :) His advice was to:

Another important thing that people should understand is that standup comedians often address rhetorical questions, questions that they don’t really need answered. You are not helping when you shout out a dumb answer to a comedian’s question, a question that is used to change the topic.

So it was unpleasant that a few rows behind me there was a loud “funny guy” that appointed himself as “the one who answers questions”. I believe that Mr. Burr held back a little bit this time. Under normal circumstances he probably would have addressed this loud mouth, but not during his first show in Europe :)

P.S. I did not want to ruin my own experience by taking photos with my phone, especially that no one else was doing that. So this experience will live in my pleasant memory of this evening. No photos, no selfies, no hashtags. Just honest laughter.

Thank you Mr. Burr for a great evening and good luck on your tour! 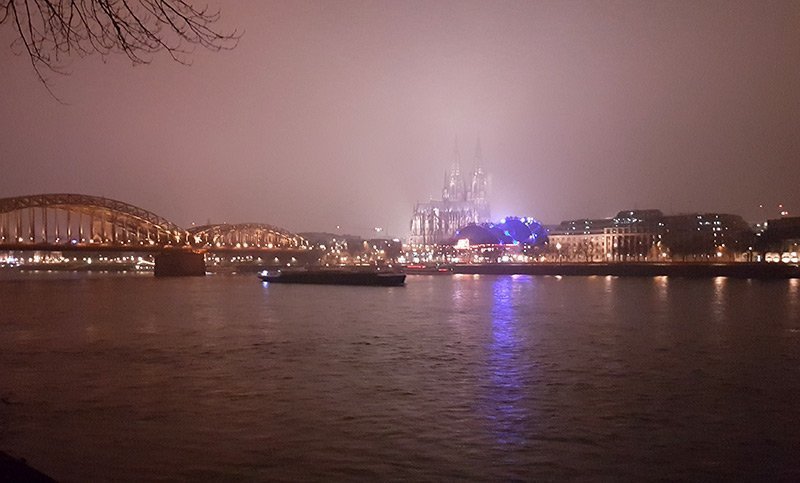 Promoting Tourism: All Country Tourism Board Websites in the World