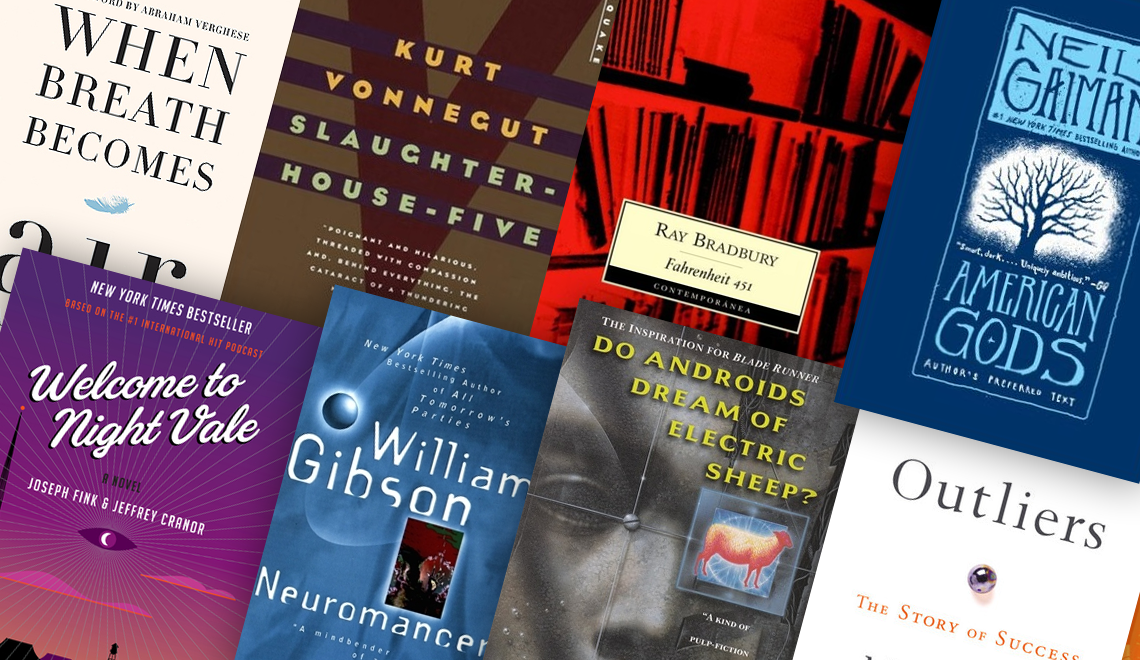 Generally I read on my Kobo Glo only while putting my son to sleep, which adds up to a few hours a week. I’ve also had a couple of long, solo car trips, so audio books kept me sane and awake.

At first I thought to present the books in the order that I read them in, but that doesn’t make sense. Instead I’m grouping them in two categories: would and would not recommend to my friends.

The Good (Would Recommend)

The Mediocre & Bad (Would Not Recommend)

My plan for 2018 is to read a few more books by Kurt Vonnegut Jr. and more by Isaac Asimov. Want to recommend something? Please comment below :)