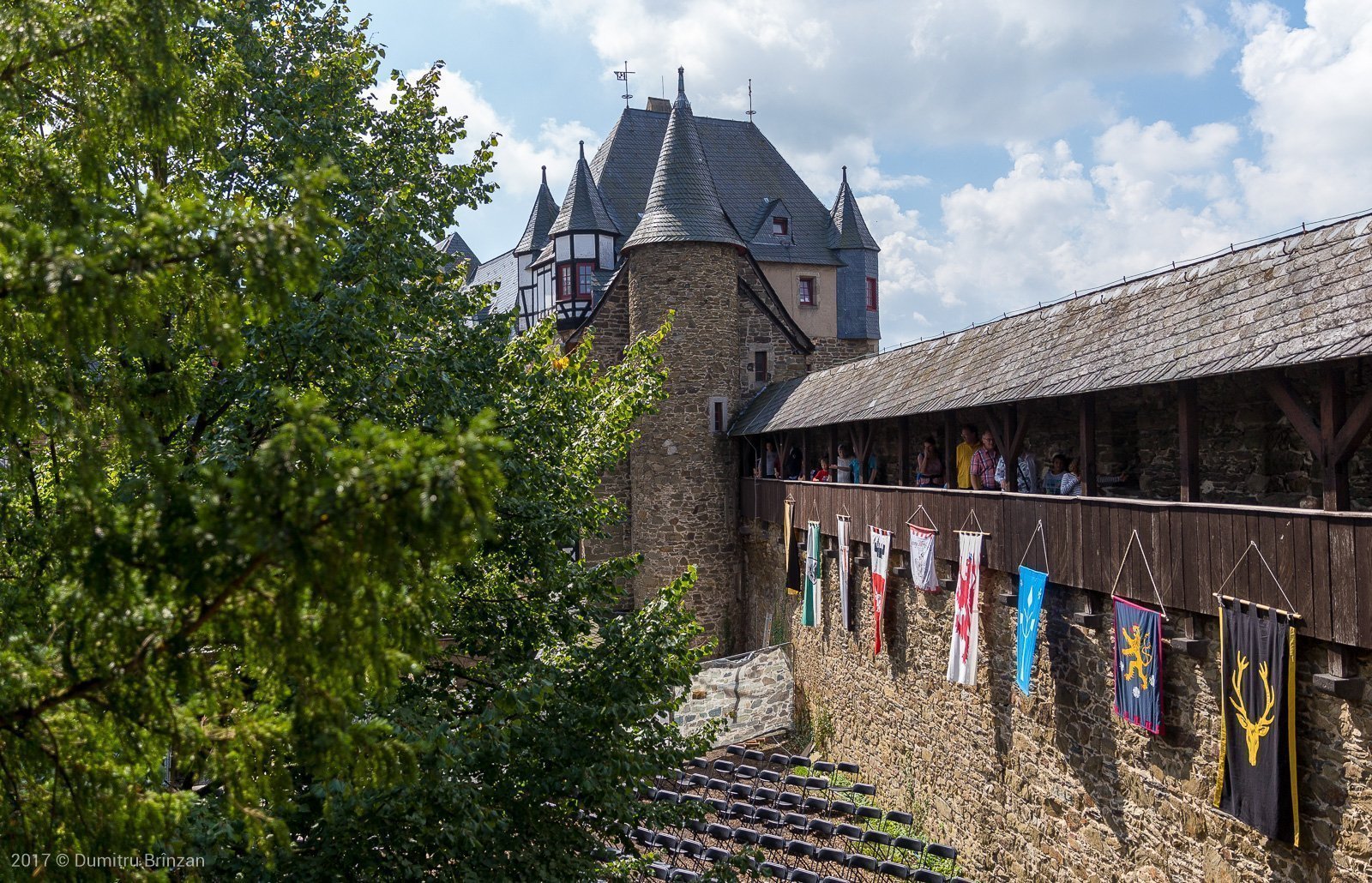 Work on the castle started around 1130 and from then on the Dukes of Berg lived here for several centuries, all the while constantly enlarging their sphere of influence. By the end of the fifteenth century their successors ruled over huge areas of what is now North Rhine Westphalia!

Later they moved their seat of power to Düsseldorf and Burg Castle declined in significance. The buildings began to crumble and from the middle of the nineteenth century they were utterly cannibalised. And here begins the second great story. The castle was reconstructed once again thanks to local initiative and financial help. The citizens wanted to restore the symbol of the region! Hence they set up a so-called “Castle Construction Association” and began to collect money.

Reconstruction work was mostly completed by 1919. Nowadays Burg Castle is a popular venue for day trips and a wide variety of cultural activities.

In Conclusion about Schloss Burg

We discovered this castle by accident, not knowing that such a great family place is just ~60km away from Dortmund (in the Southern direction).

Compared to Burg Altena, I think Schloss Burg is a better place for families with children. Feels like it is a bit safer and a lot more room to run around. There’s also more to do and explore even without a entrance ticket, so that’s a plus too.