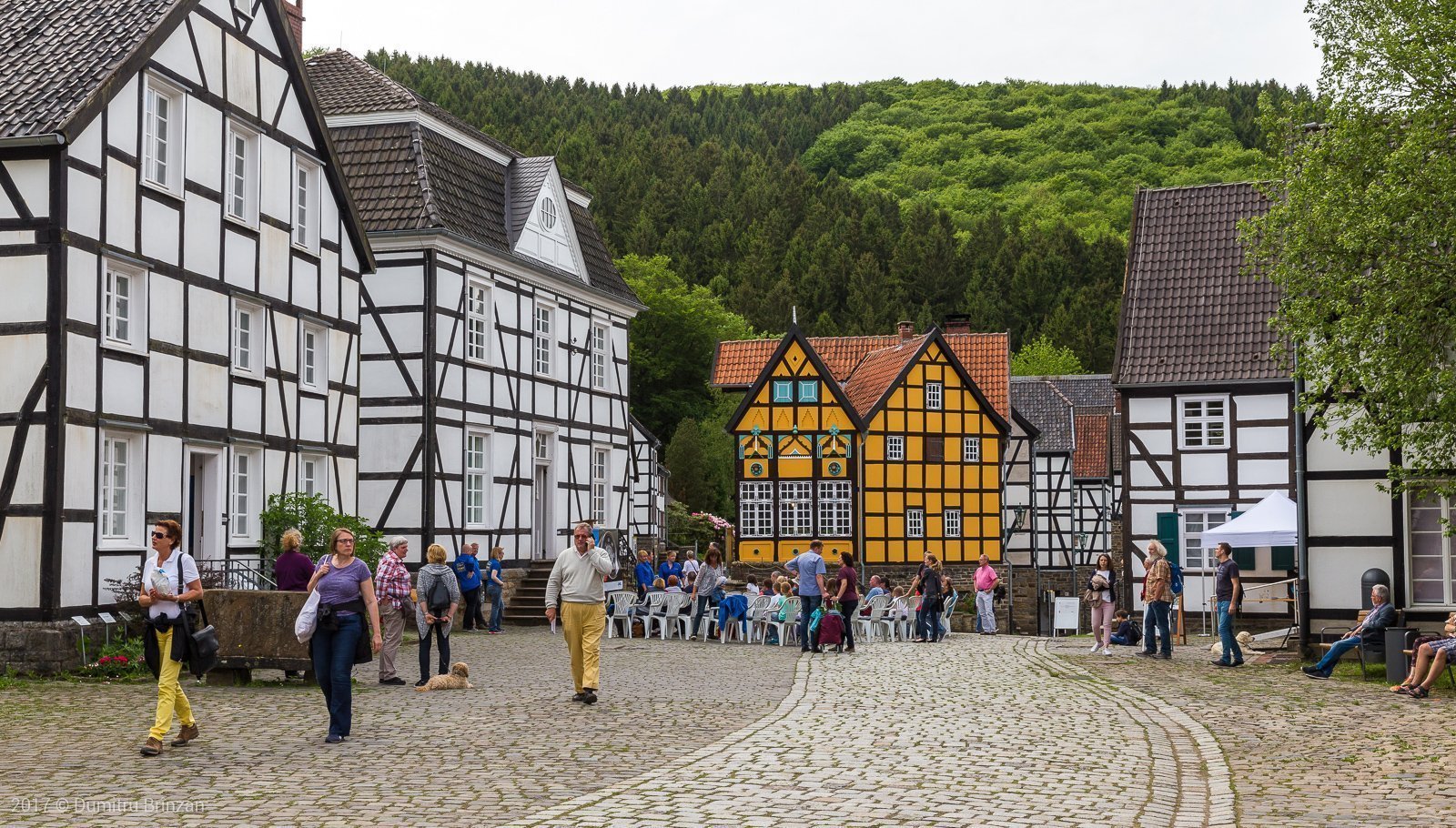 The open-air museum brings a bit of skilled-trade history into the present, and it takes a hands-on approach. On its grounds stretching for about 42 ha, not only are urban and rural trades simply “displayed” along with their workshops and tools, but in more than twenty of the nearly sixty rebuilt workshops, they are still practiced, and interested visitors can, sometimes by themselves, take part in the production.

The Hagen Westphalian Open-Air Museum is open from March or April until October.

We went there on the same day when we visited Hohensyburg Ruins, which are only about 15 km away, in the same direction from Dortmund. We arrived on a sunny Sunday at ~13:00, so the parking lot was completely full. Try to arrive earlier, will save you some time.

We had lots of fun at this beautiful open-air museum. Even though it was scorching hot – we managed to spend almost 5 hours here. I think this is a great place to go to with children that are at least 3 years old.
Very well organized with sufficient WC facilities. Even if you arrive on a busy day – the size of the place makes it almost impossible to feel crowded. Great for a fun day with the family!