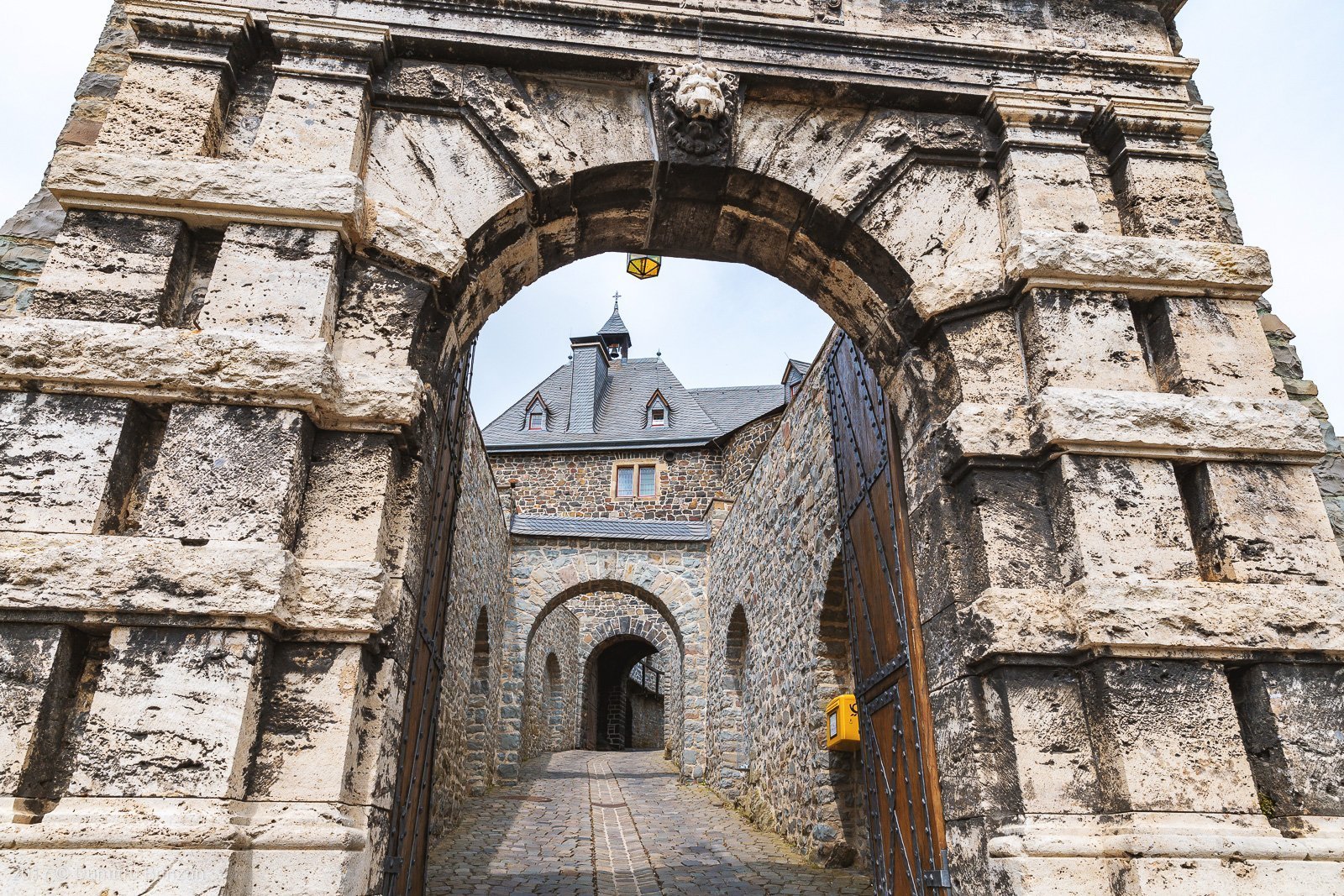 Altena Castle (German: Burg Altena) is a Medieval hill castle in the town of Altena in North Rhine-Westphalia. Built on a spur of Klusenberg hill, the castle lies near the Lenne in the Märkischer Kreis. It is a short ~40 km drive from Dortmund.

The castle was erected by the early Counts of Berg in the early 12th century. Eventually, the House of Berg abandoned Altena and moved their residence to Hamm.

Supposedly, the castle was built by the brothers Adolf and Everhard von Berg around the year 1108 after Henry V granted them land in Sauerland. On Wulfseck Mountain they built their castle, which they named Wulfeshagen, later Altena. This is one of the three legends of the establishment of the county of Altena and the building of the castle.

In Conclusion about Altena

In the past 5 years we have visited multiple castles and palaces in Europe. Altena Castle is probably one of the best organized and reasonably priced. I can honestly recommend visiting the castle.
The rest of Altena is OK for a walk, but nothing breathtaking. With a population of almost 20,000 people Altena is neither a bustling city nor a charming village, it feels like a place in transition. It is not the most popular tourist attraction which is a big bonus for people tired of crowds.
Nonetheless I think it is a great place for a Sunday visit, especially in good weather.