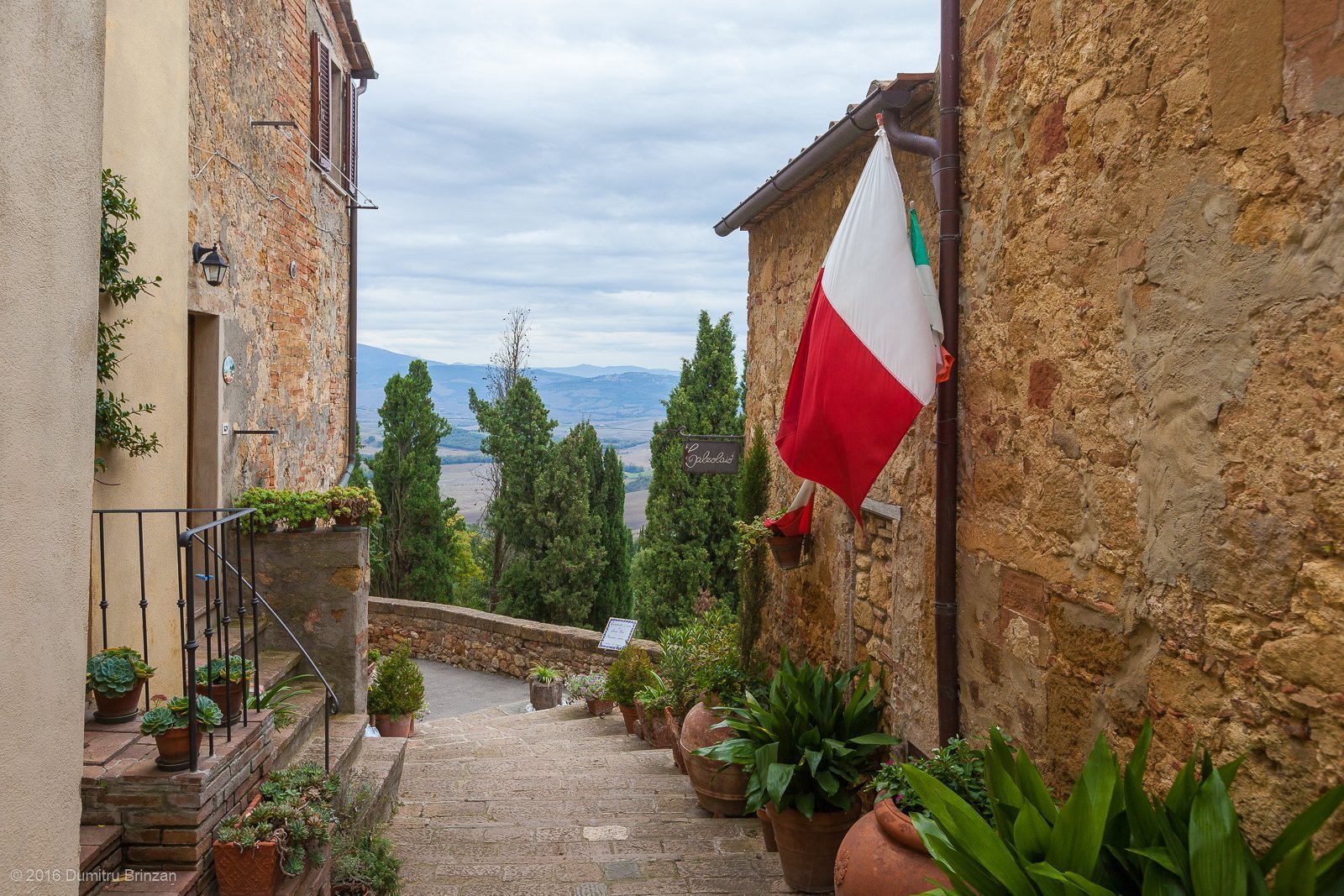 Hill Town Pienza: The Ideal City of the Renaissance

Pienza, a town and comune in the province of Siena, in the Val d’Orcia in Tuscany (central Italy), between the towns of Montepulciano and Montalcino, is the “touchstone of Renaissance urbanism“.

This charming village is widely known as the “ideal city of the Renaissance”, the creation of the great humanist Enea Silvio Piccolomini who later became Pope Pius II. Piccolomini had the money and influence to transform his birthplace village, the humble Corsignano, into what he considered the Utopian city should be, exemplifying the principles and philosophy of classical times and of the great Italian Renaissance. Thus, Pienza became the realization of a dream!

You can often hear Pienza being mentioned in the same sentence with Pecorino cheese. Pecorino di Pienza is considered the best cheese in Tuscany.

What I like the most about Pienza is how easy it is to reach and to explore. There’s a big parking lot very close to the center (Via Mario Mencatelli, 40 53026 Pienza) from where you can start your tour. The town’s streets can be considered “flat”, so you don’t tire yourself going up and down the streets. And it is stroller-friendly, don’t worry if you are with small children.

We have visited this town back in 2014, but then only my wife published the photos on her blog.

Pienza remains one of my favorite hill towns in Tuscany. It is compact, clean and easy to explore. Pregnant women and families with small children will have no difficulties here. It is also a town that can be fully explored in less than 2 hours, if you have limited time, so you can do it on your way to or from Montepulciano.