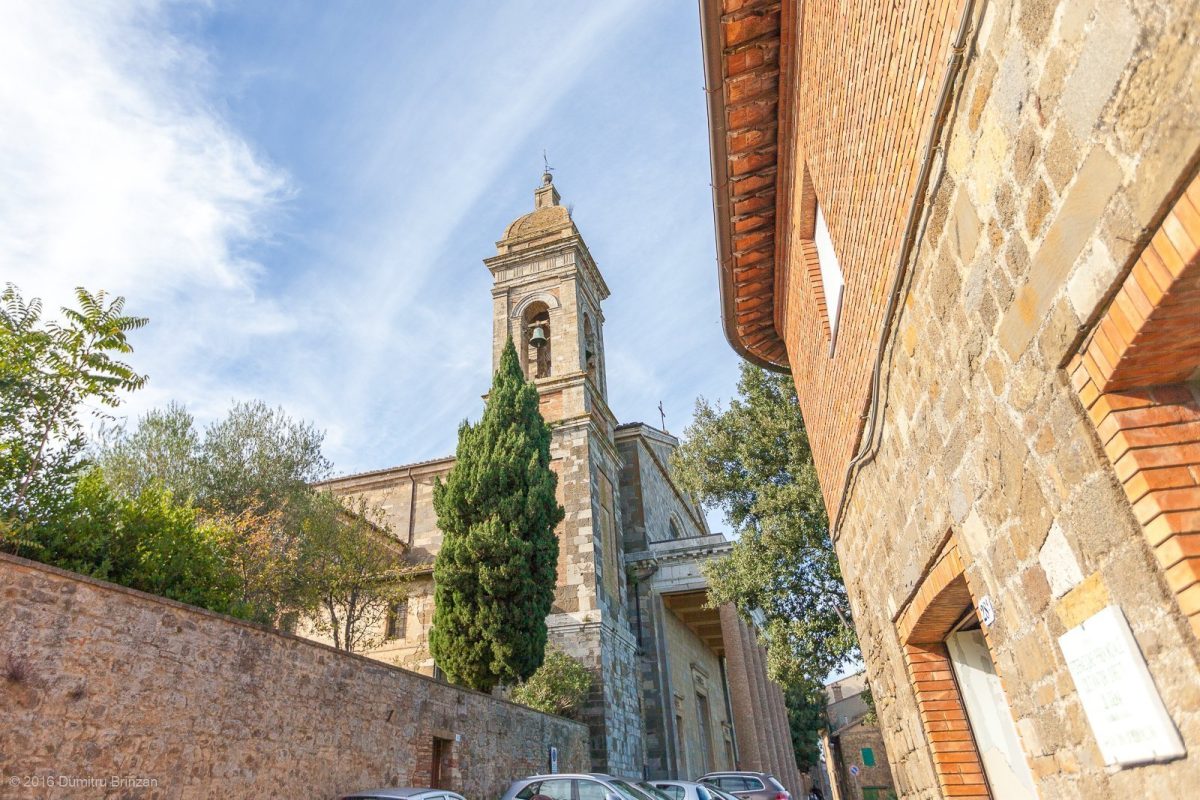 If you consider yourself a wine connoisseur or simply love red wines, chances are you heard of the famous Brunello di Montalcino wine.

Brunello di Montalcino is a red Italian wine produced in the vineyards surrounding the town of Montalcino. Brunello, a diminutive of bruno, which means brown, is the name that was given locally to what was believed to be an individual grape variety grown in Montalcino. In 1879 the Province of Siena’s Amphelographic Commission determined, after a few years of controlled experiments, that Sangiovese and Brunello were the same grape variety, and that the former should be its designated name. In Montalcino the name Brunello evolved into the designation of the wine produced with 100% Sangiovese.

In 1980, Brunello di Montalcino was awarded the first Denominazione di Origine Controllata e Garantita (DOCG) designation and today is one of Italy’s best-known and most expensive wines.

1. We start from the parking lot. At the top of Montalcino there’s a paid parking lot (I think it is 1.6 EUR / 1 hour). Here we have a long wheelchair-accessible path that takes us into the center of the town. 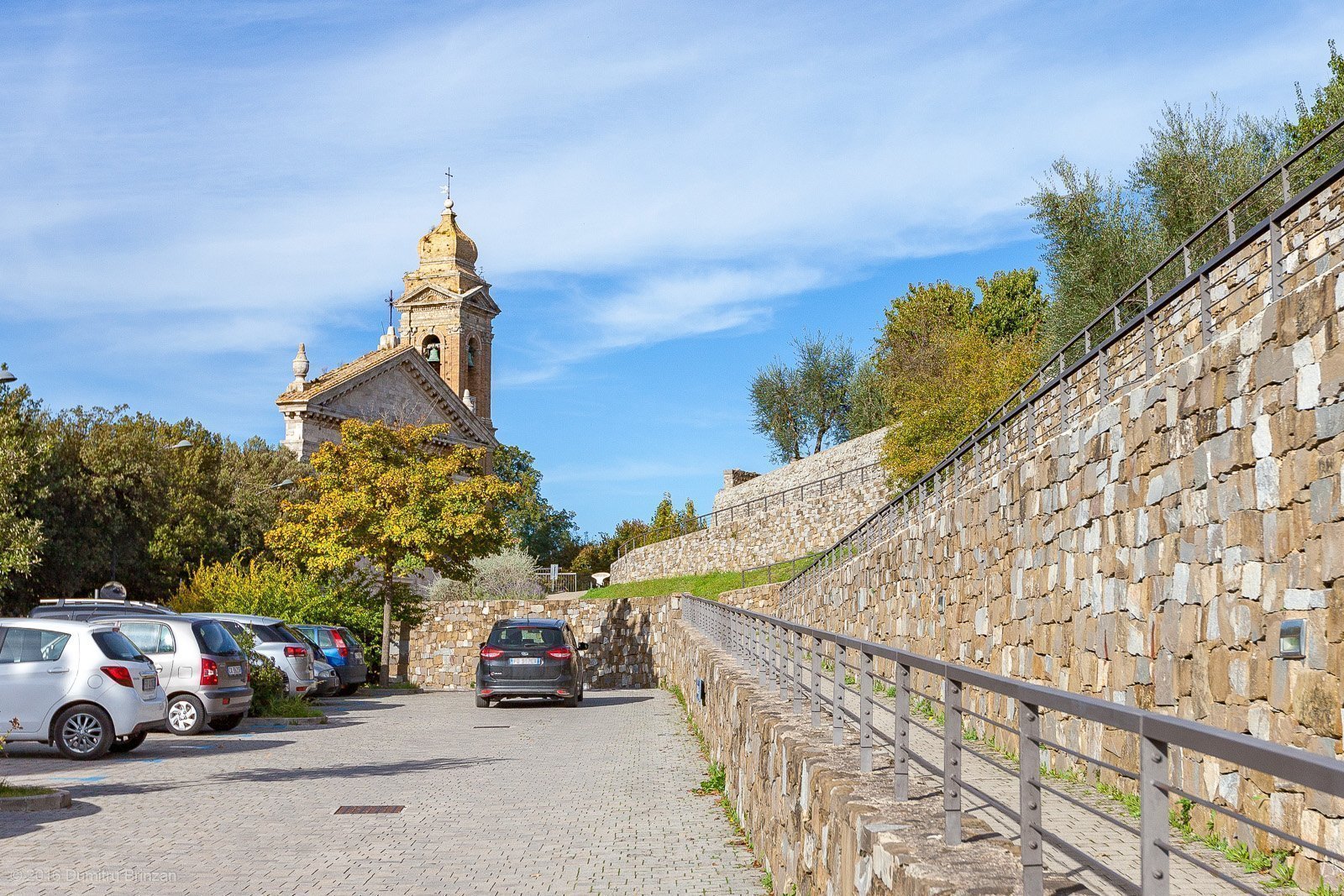 2. The Madonna or Santa Maria del Soccorso is a Roman Catholic Co-cathedral church or Sanctuary. The church was erected across the centuries and thus erected in multiple styles, including a renaissance layout, baroque interiors, and a neoclassical facade. 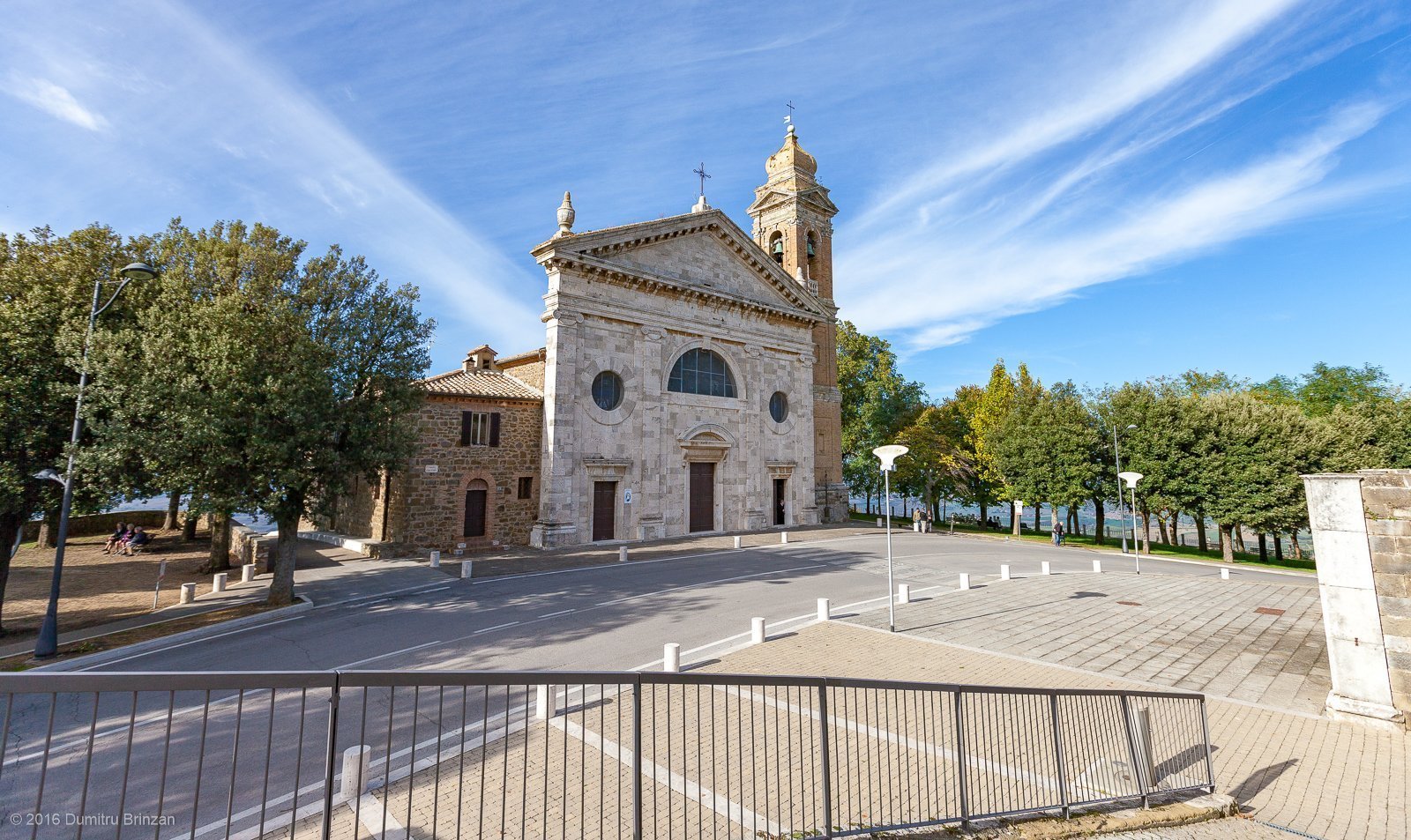 3. The bell-tower was added in 1625, and the facade was not completed til the early 19th-century. 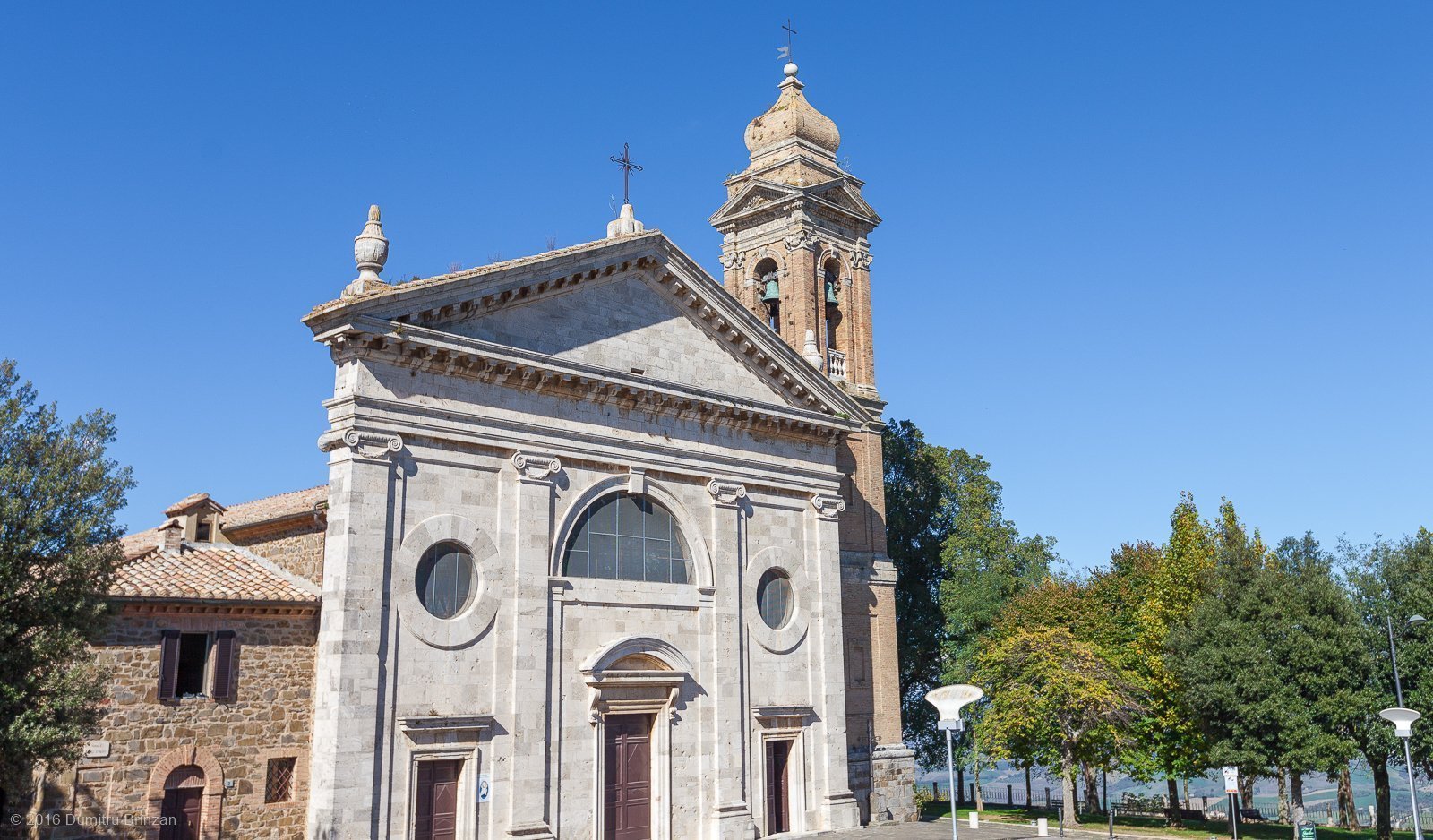 4. Empty and quiet. Electric candles are used in most of the churches that I’ve been to in Italy. Anyone knows why? 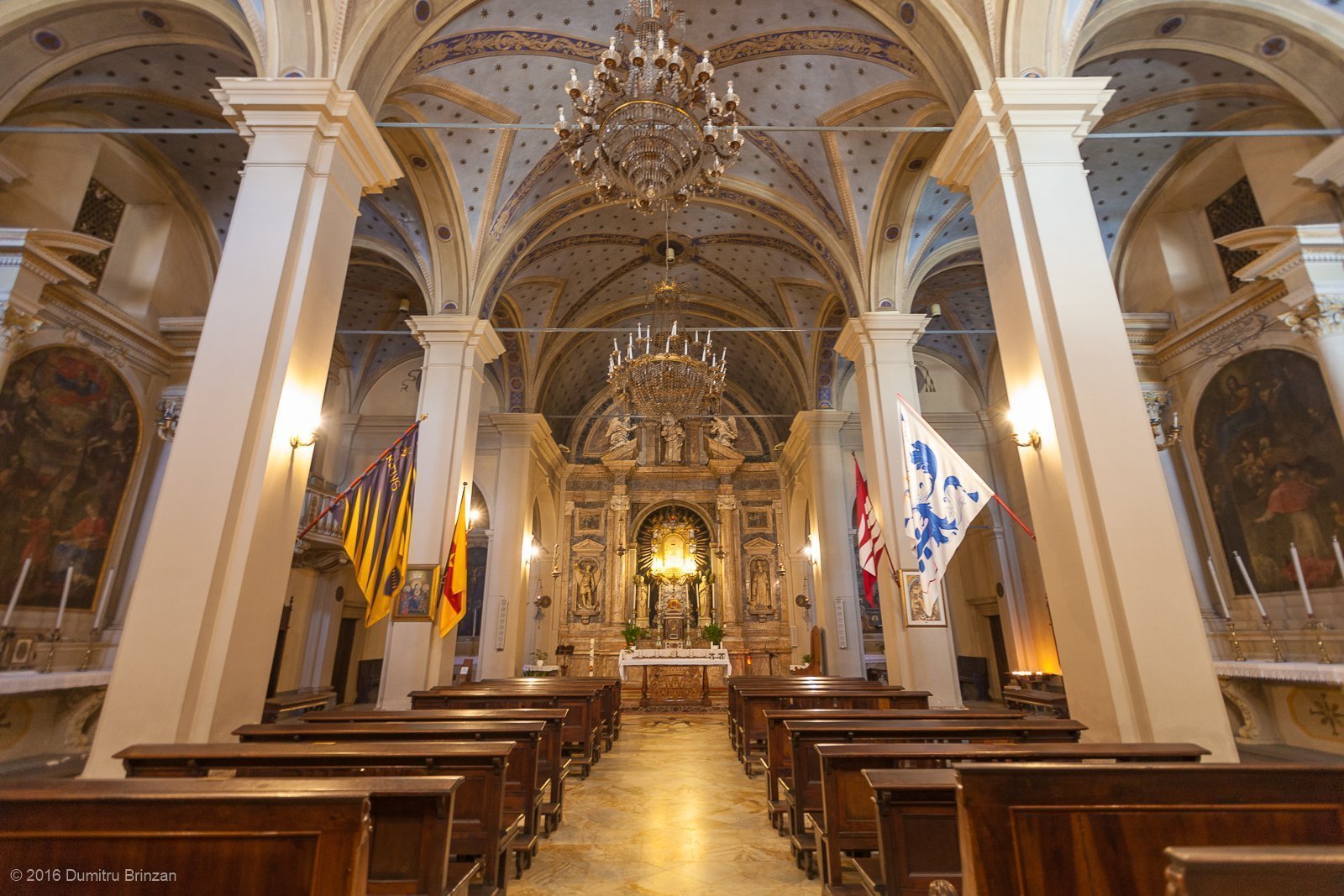 5. Right behind The Madonna there’s a small park with incredible views. 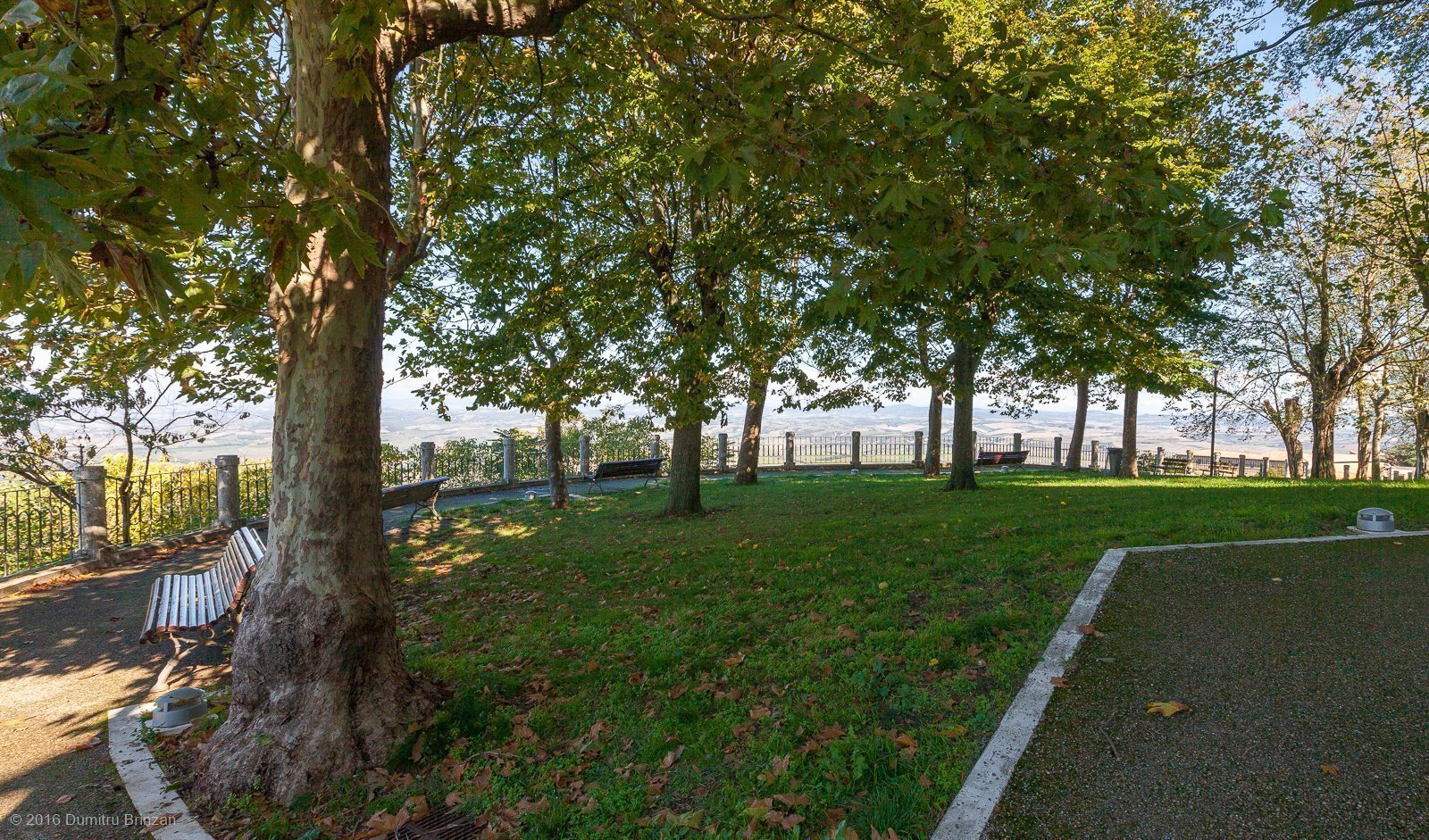 6. We are walking up to the town’s center. 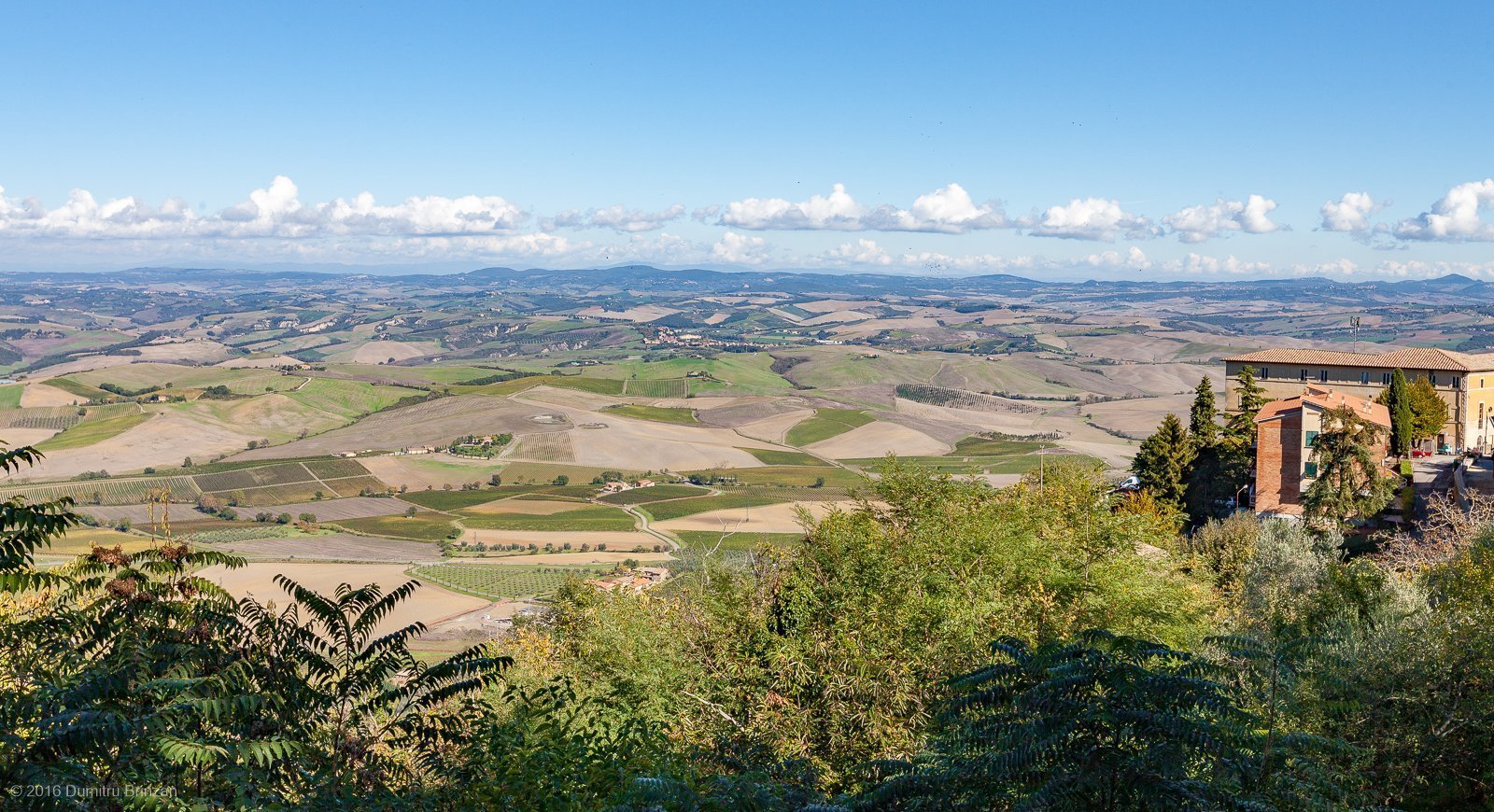 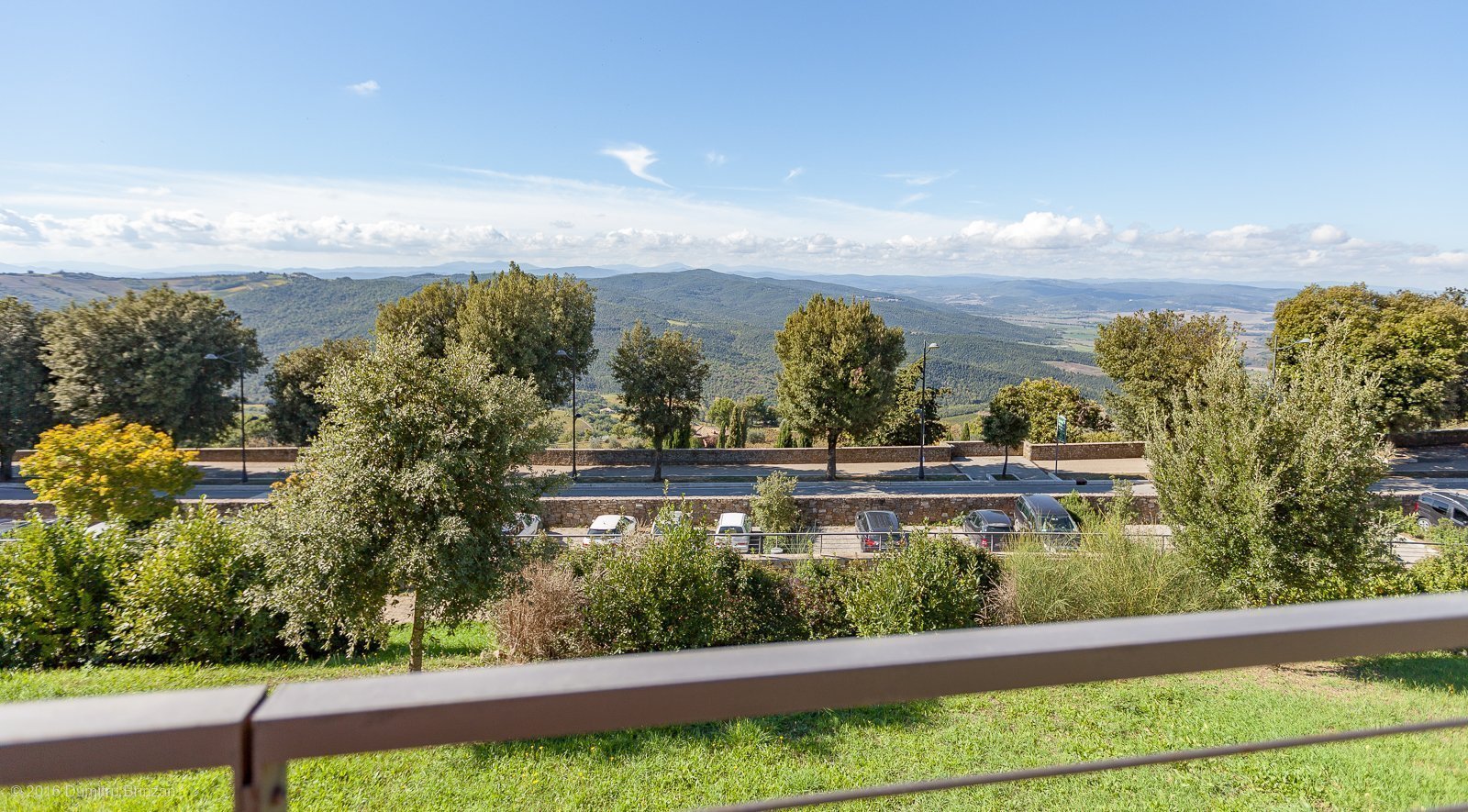 8. Montalcino Cathedral (Italian: Duomo di Montalcino, Concattedrale di San Salvatore) is a Roman Catholic cathedral. Formerly the seat of the bishops of Montalcino, since 1986 it has been a co-cathedral in the Archdiocese of Siena-Colle di Val d’Elsa-Montalcino. It is dedicated to the Holy Saviour (San Salvatore). 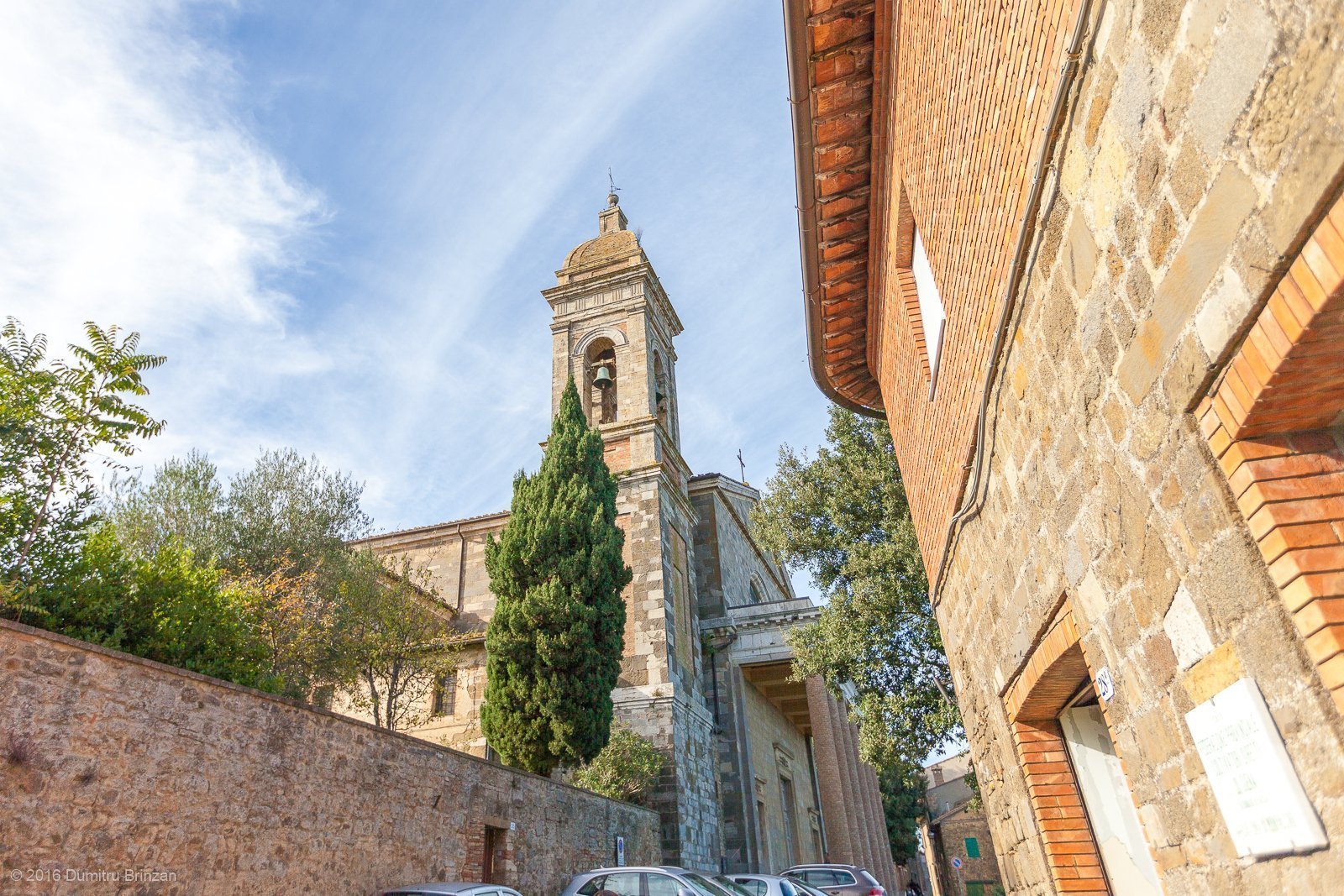 9. View from under the roof of Montalcino Cathedral. 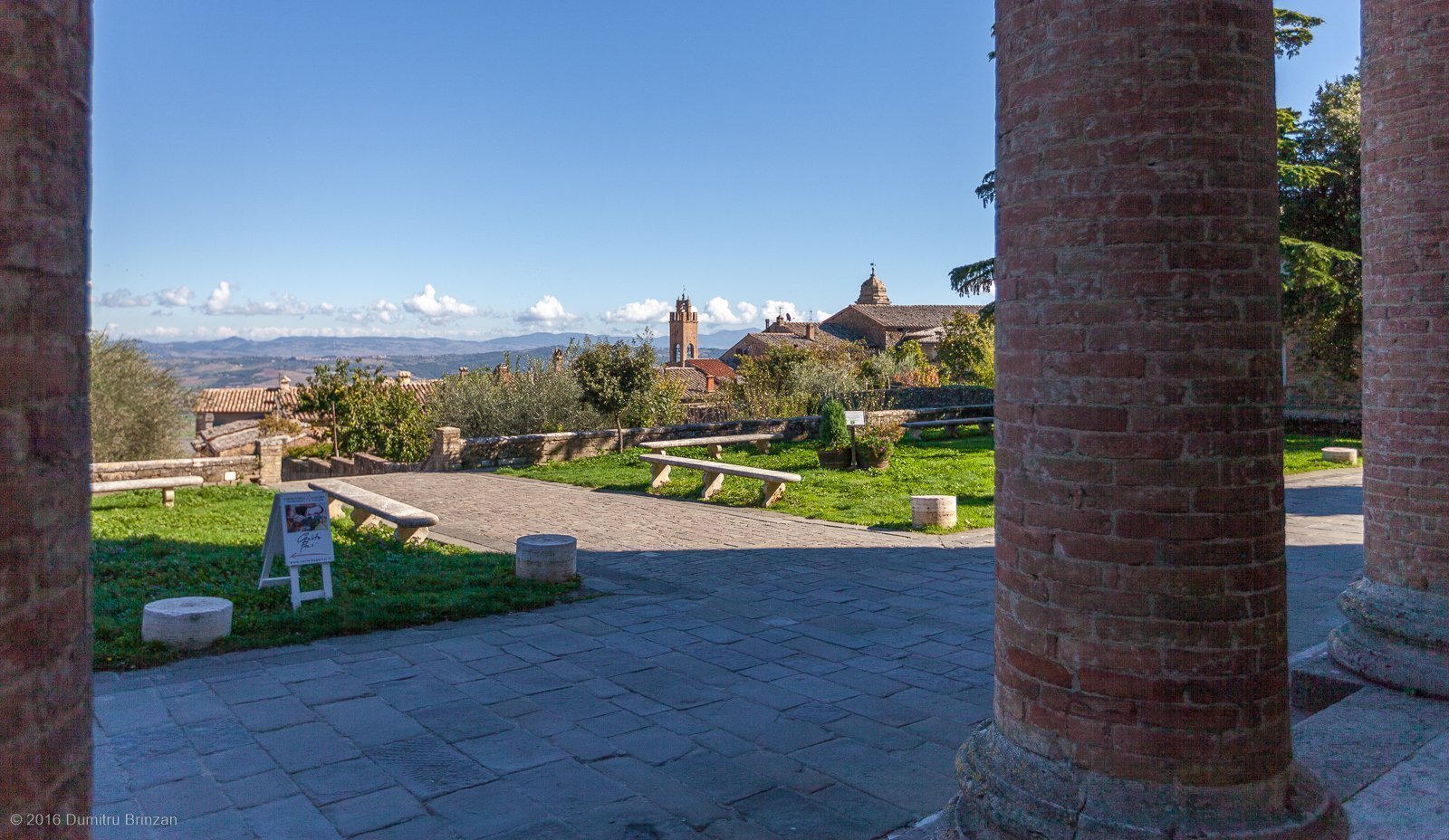 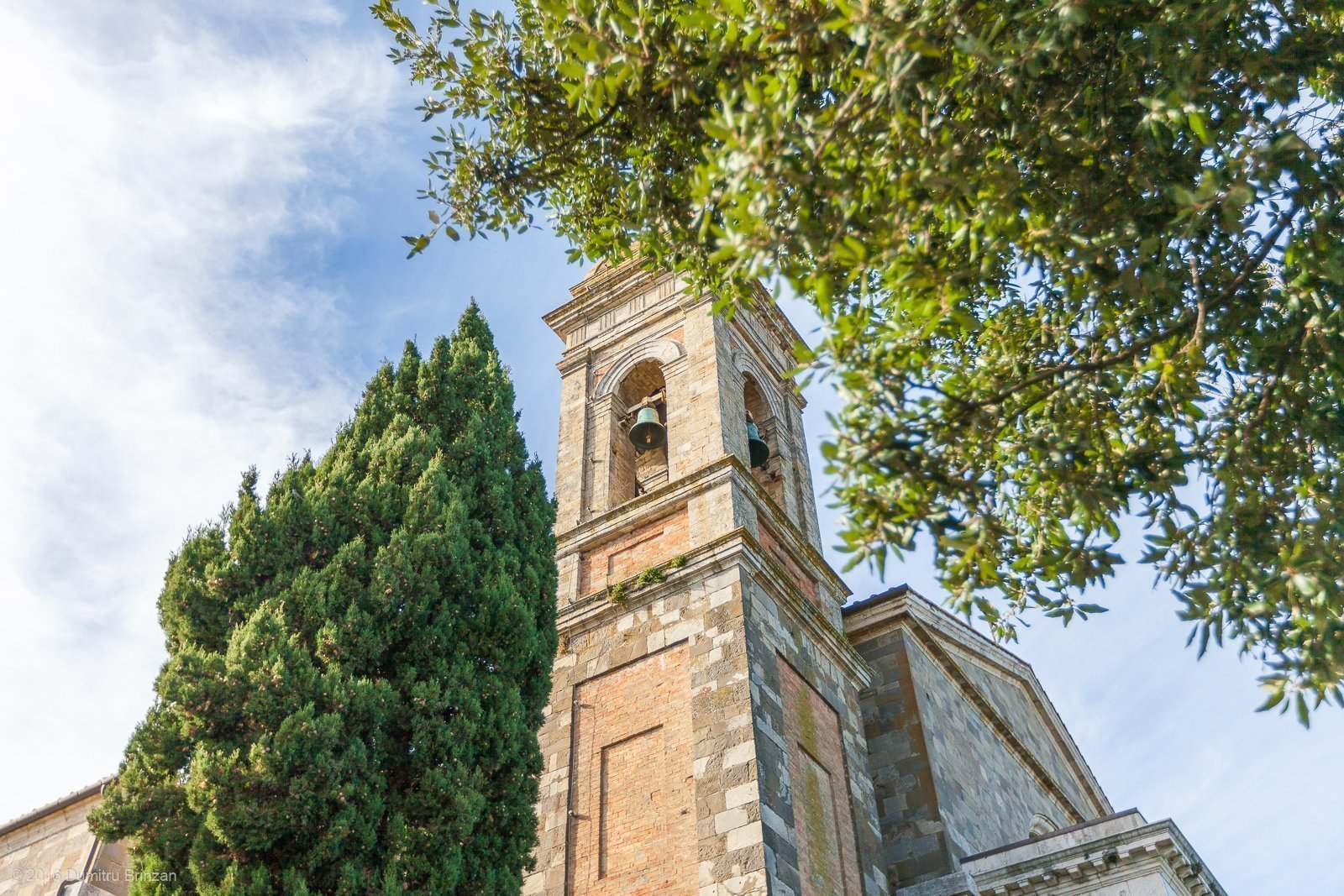 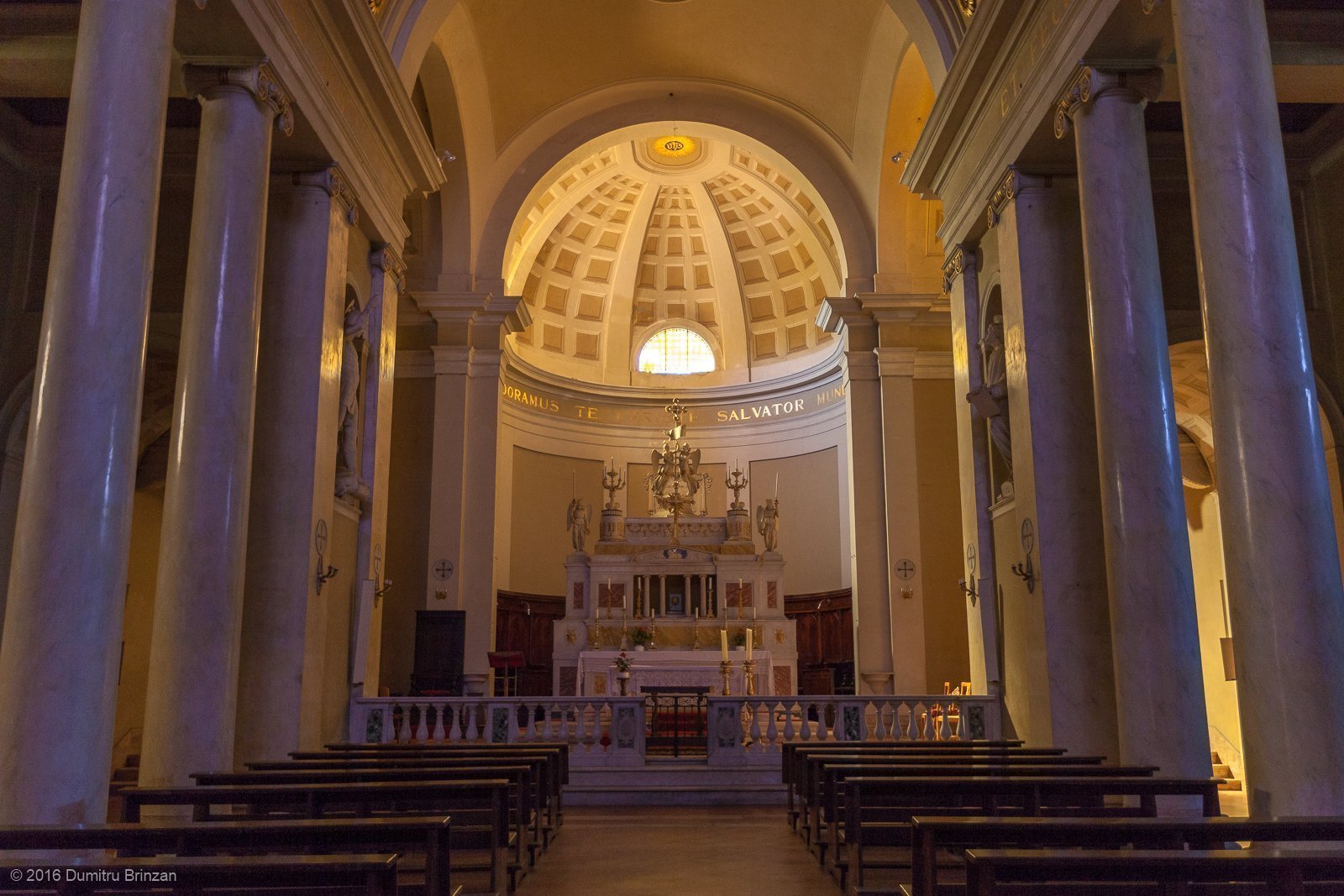 12. I wonder if the weeds and mold are part of the architecture or are the result of lack of upkeep. 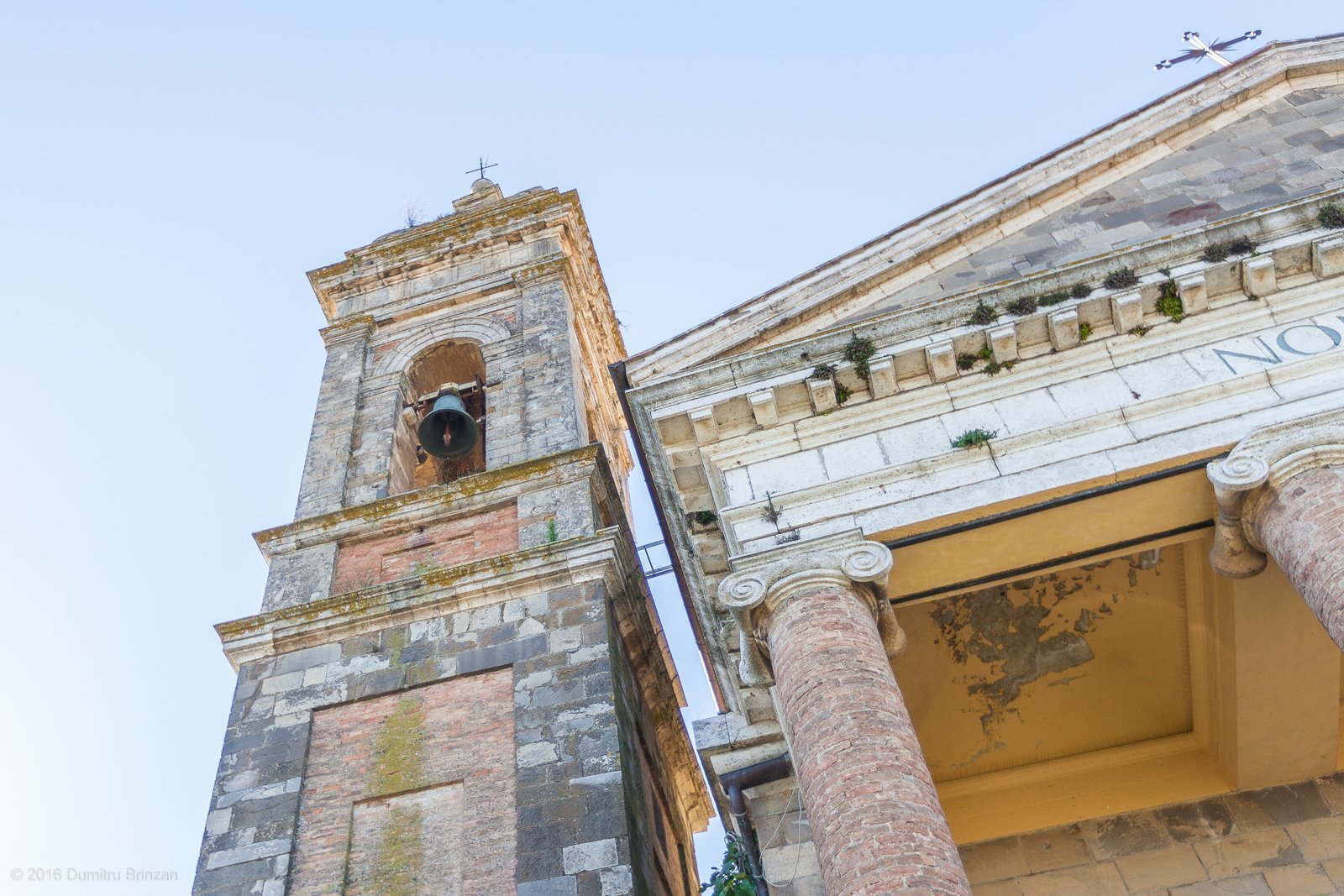 13. Italians have fantastic doors in their hill-towns. 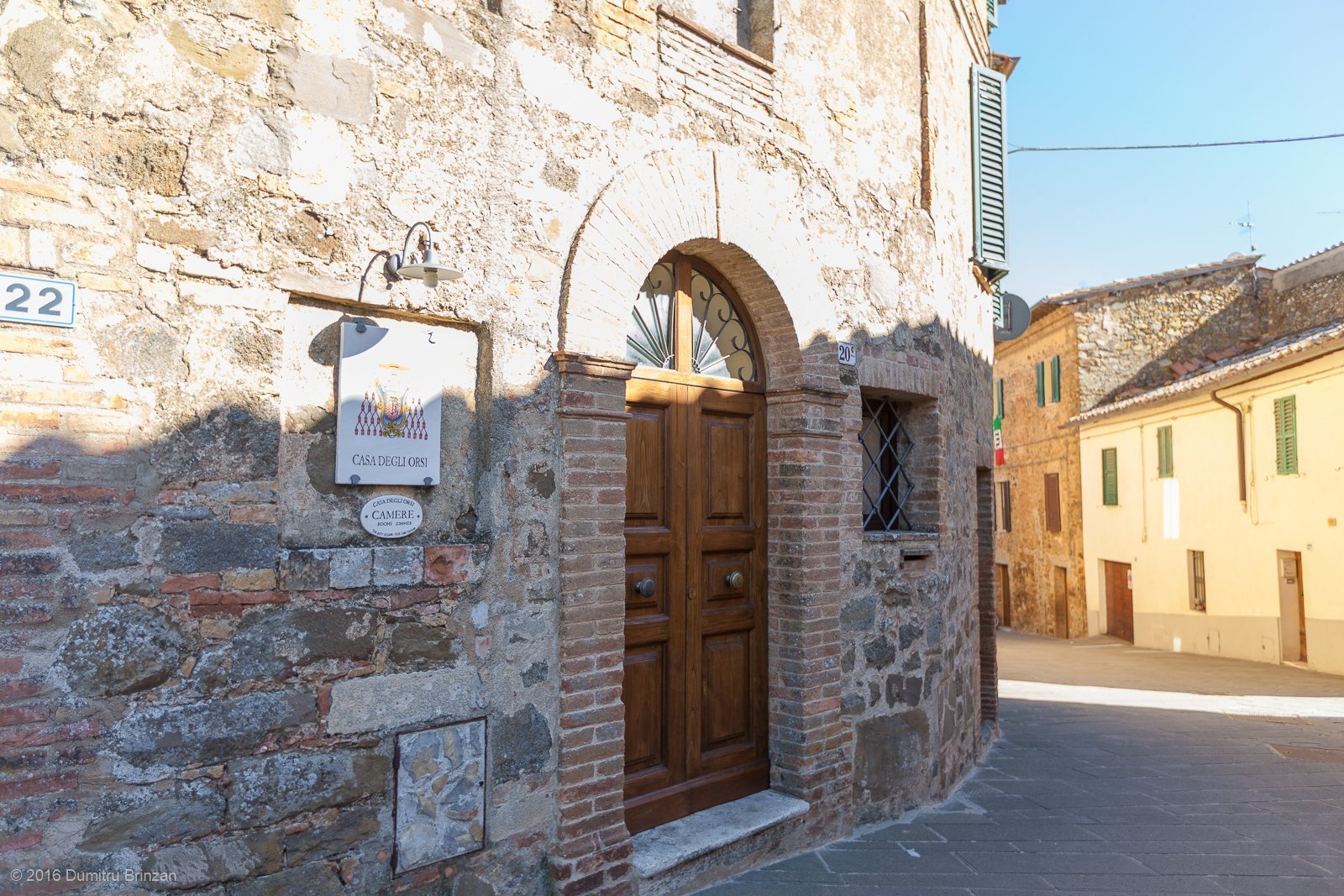 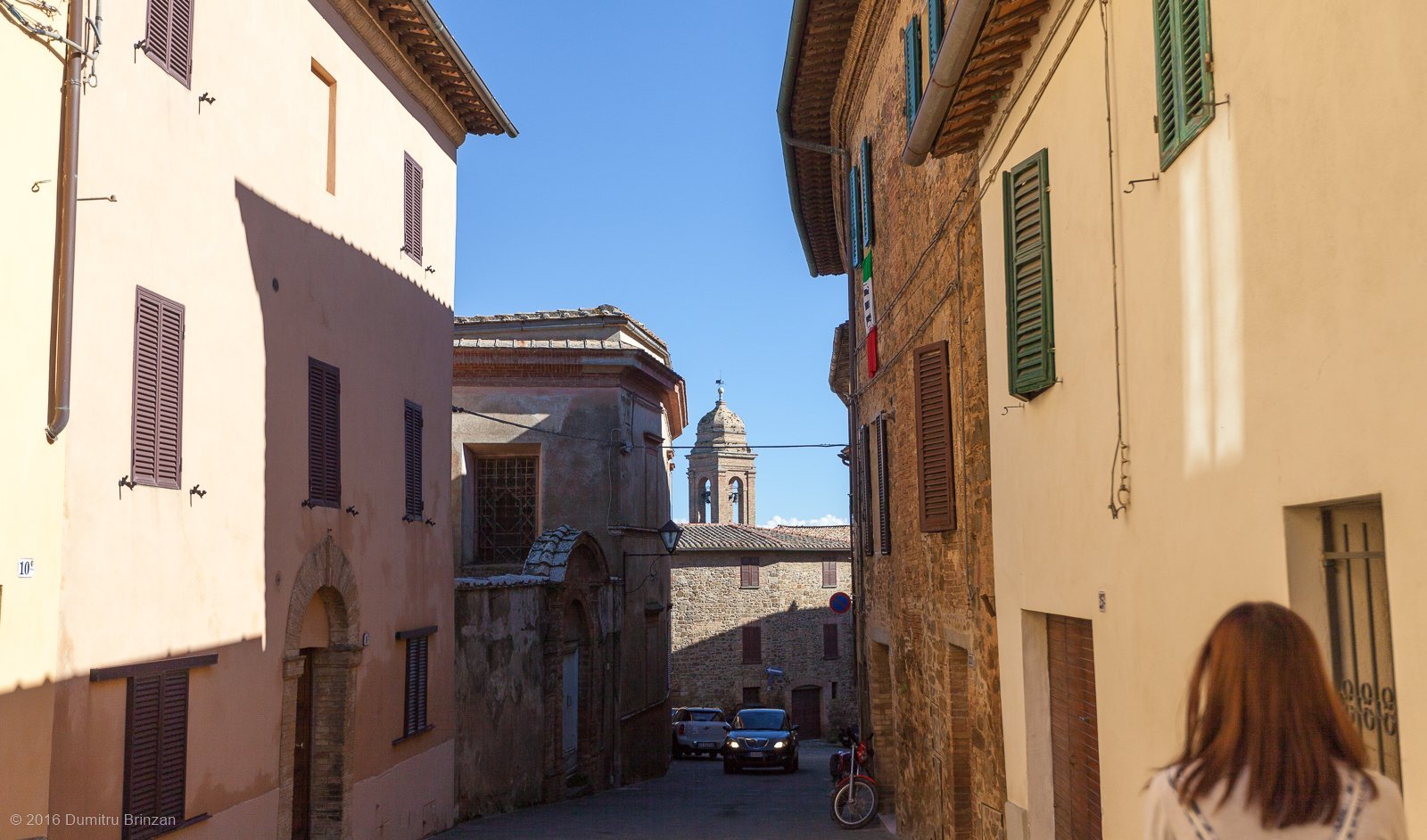 15. Closer to the center we reach the Chiesa di Sant’Agostino. The church and adjacent convent were erected by the Augustinian order in 1227 and was rebuilt in Gothic style in 1380. 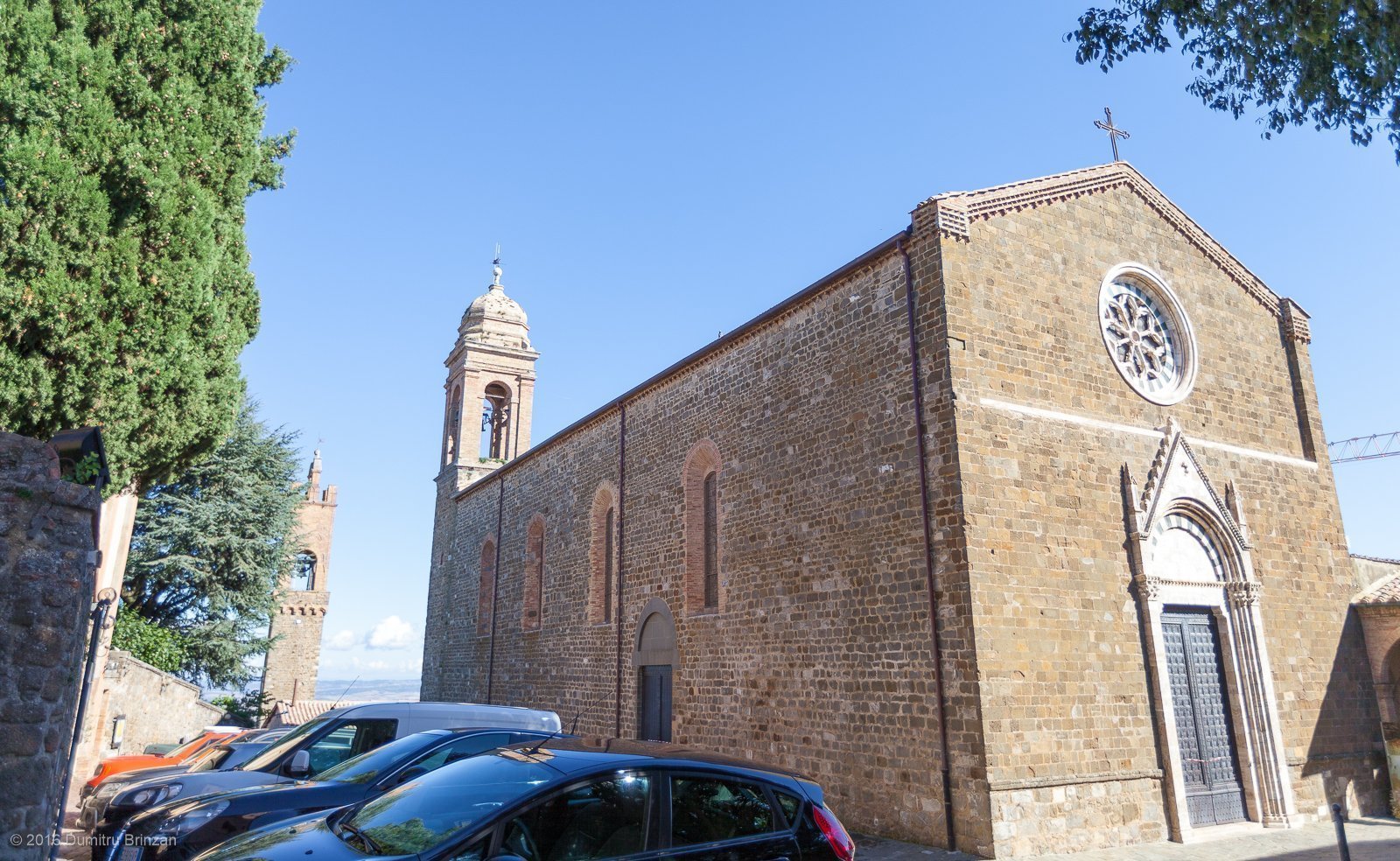 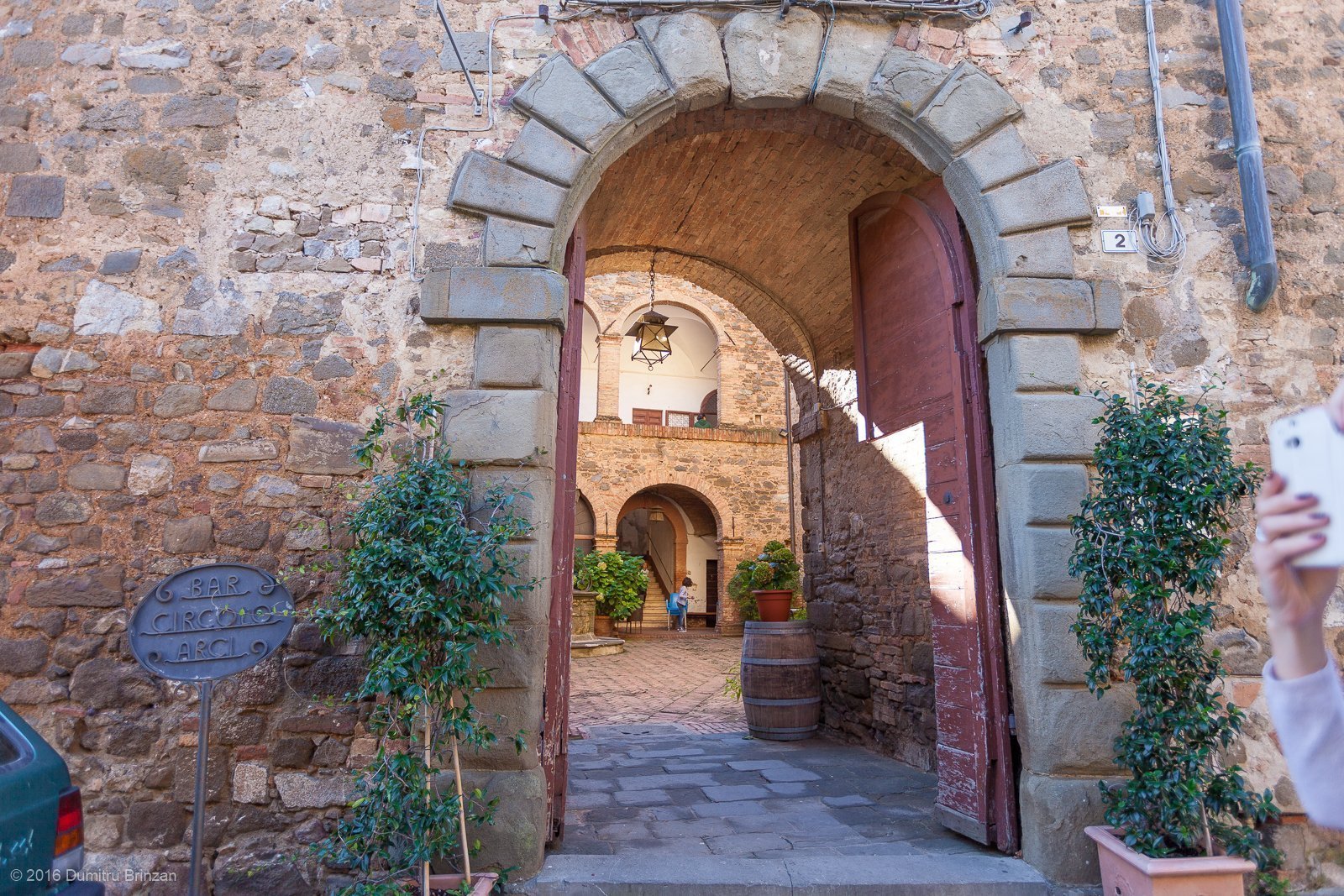 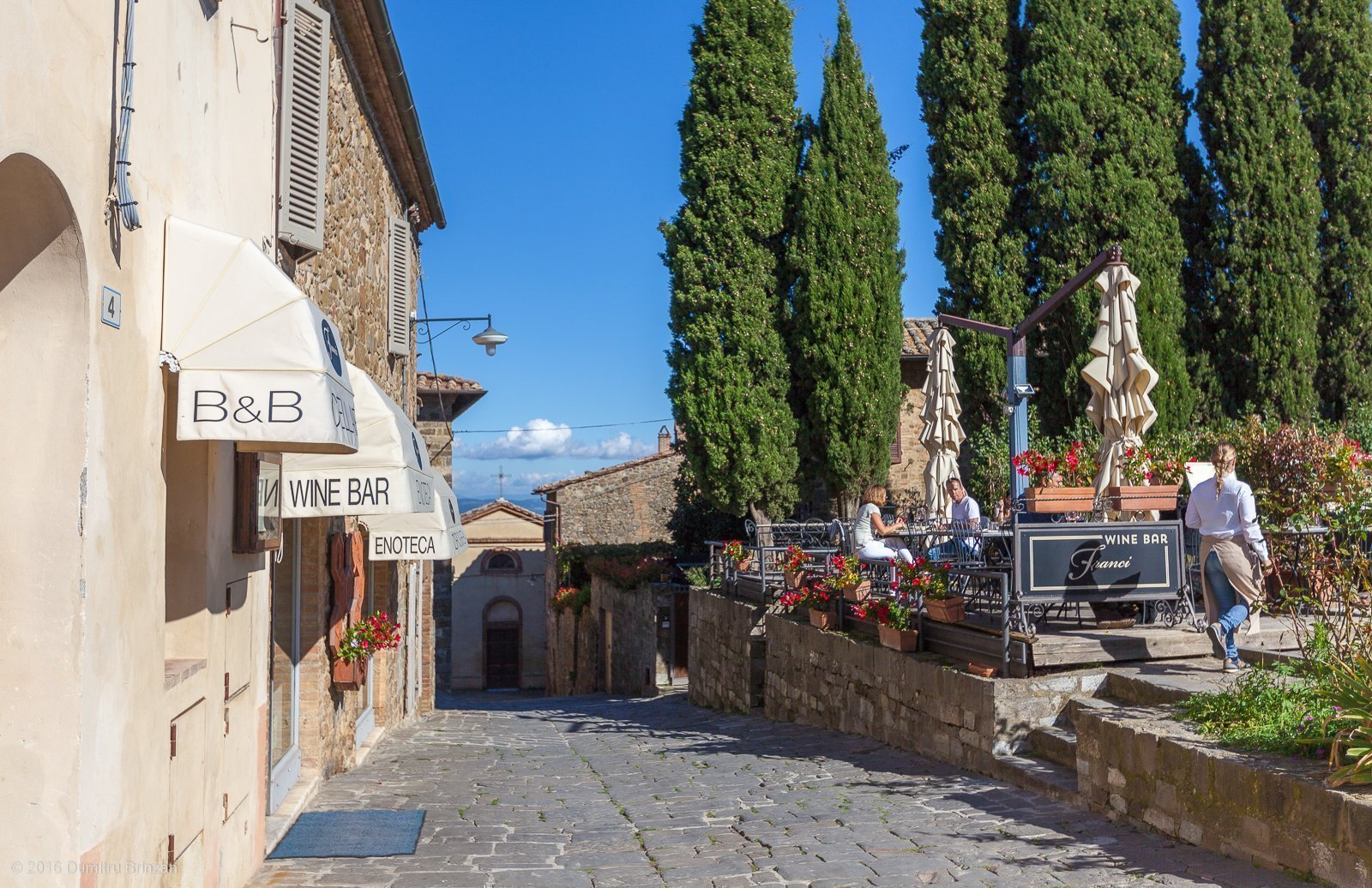 18. I wonder how much these streets have seen? 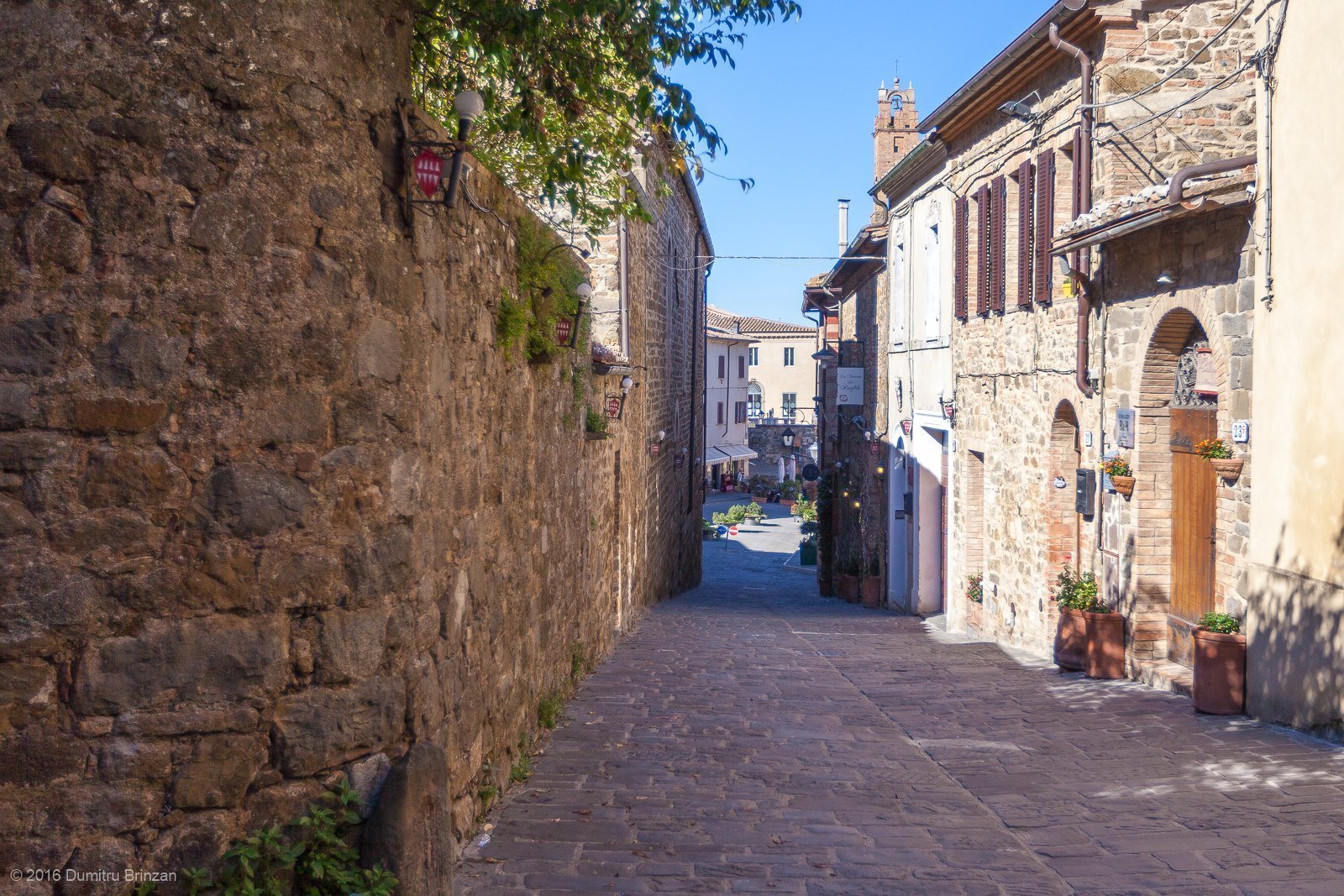 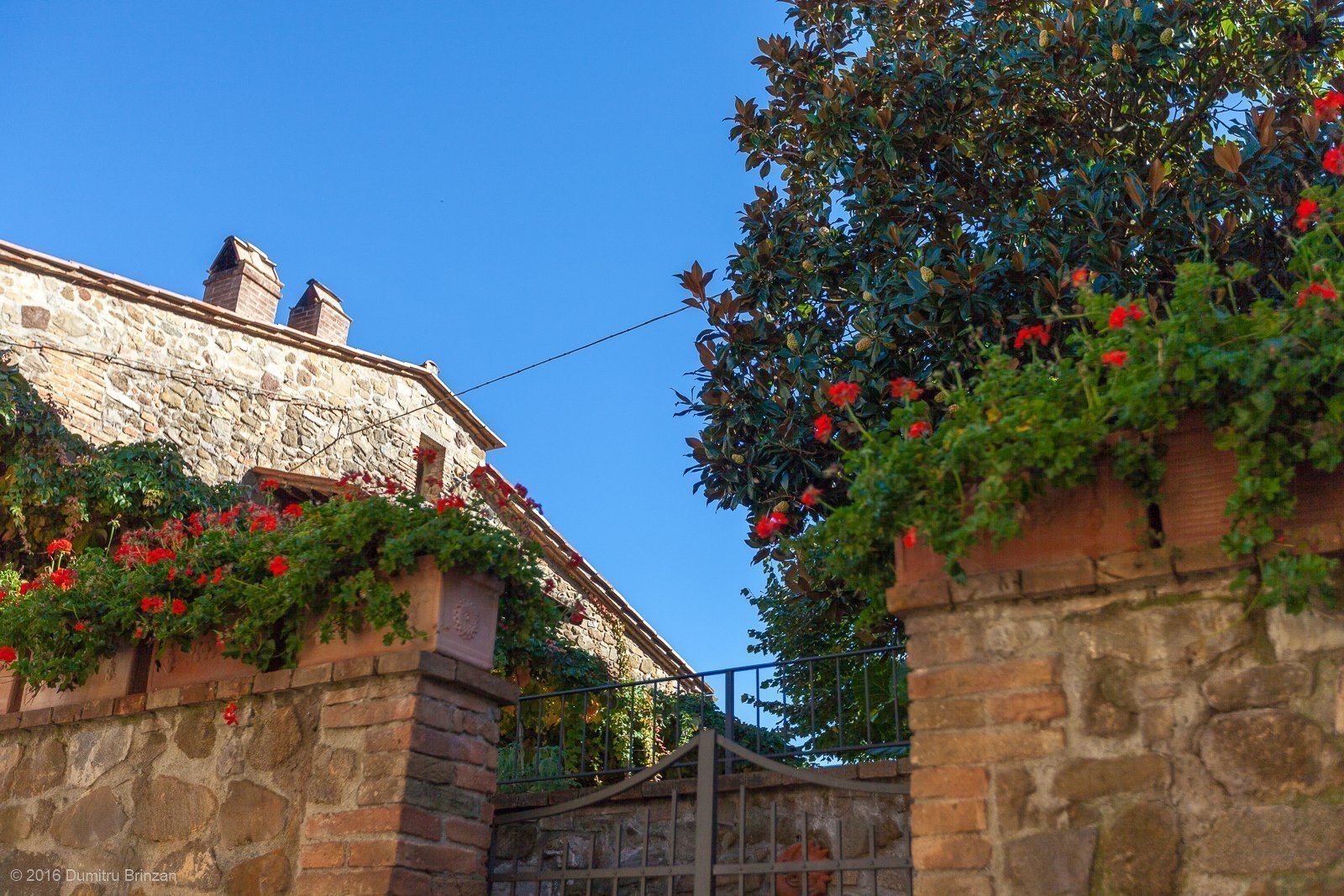 20. Last year in Montalcino we had some pizza in this place. 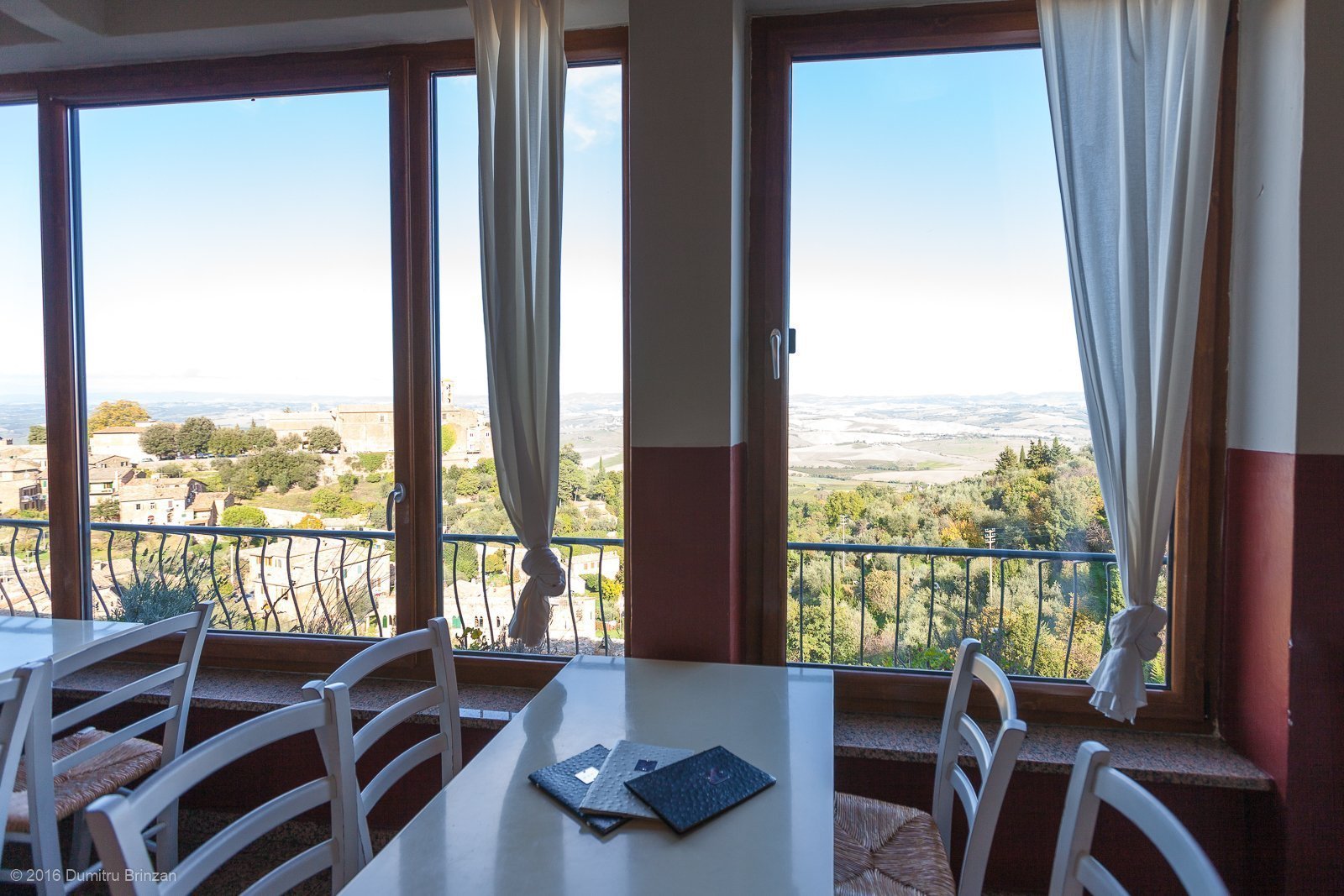 21. I came back to this place just for these photos. 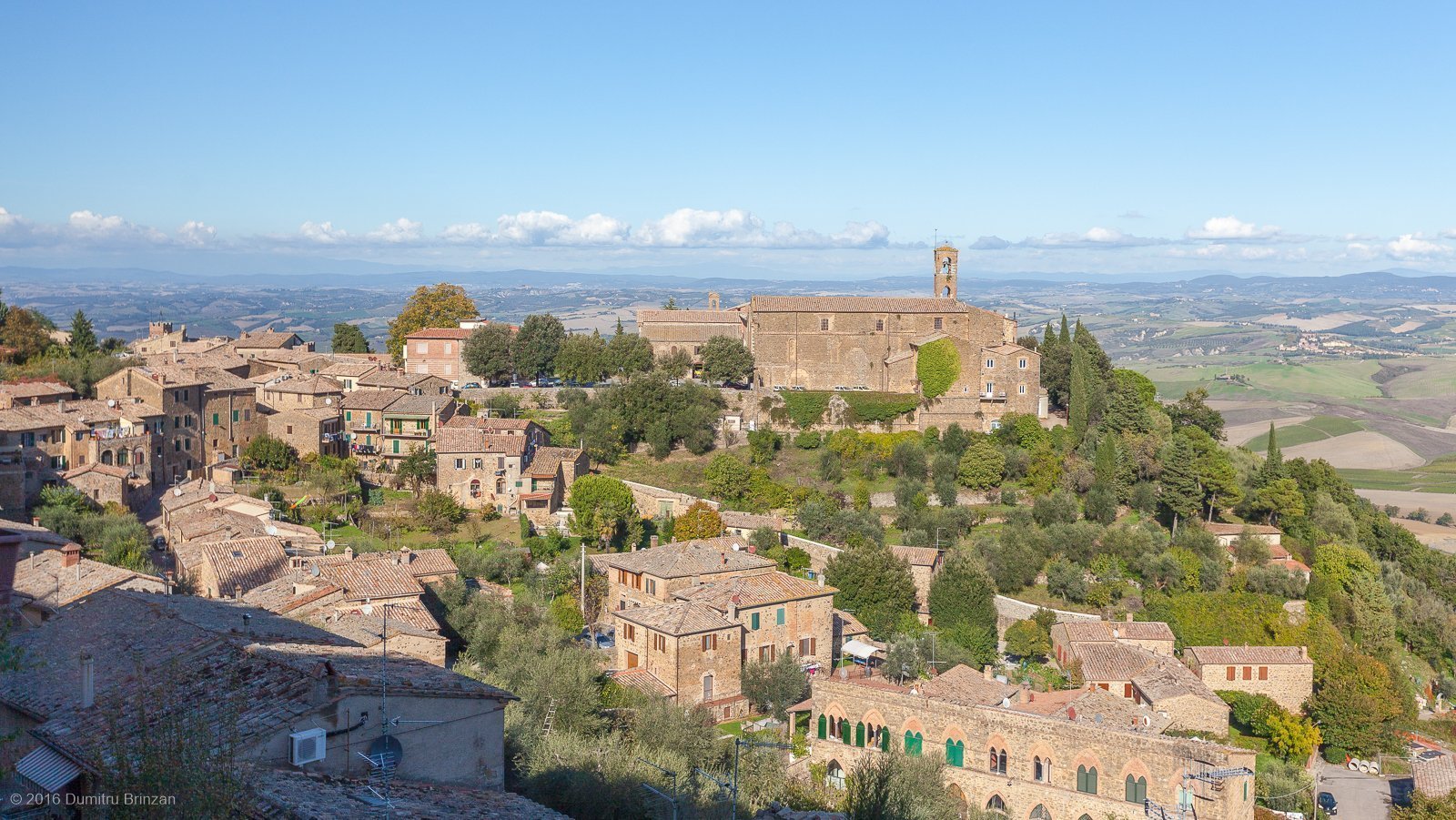 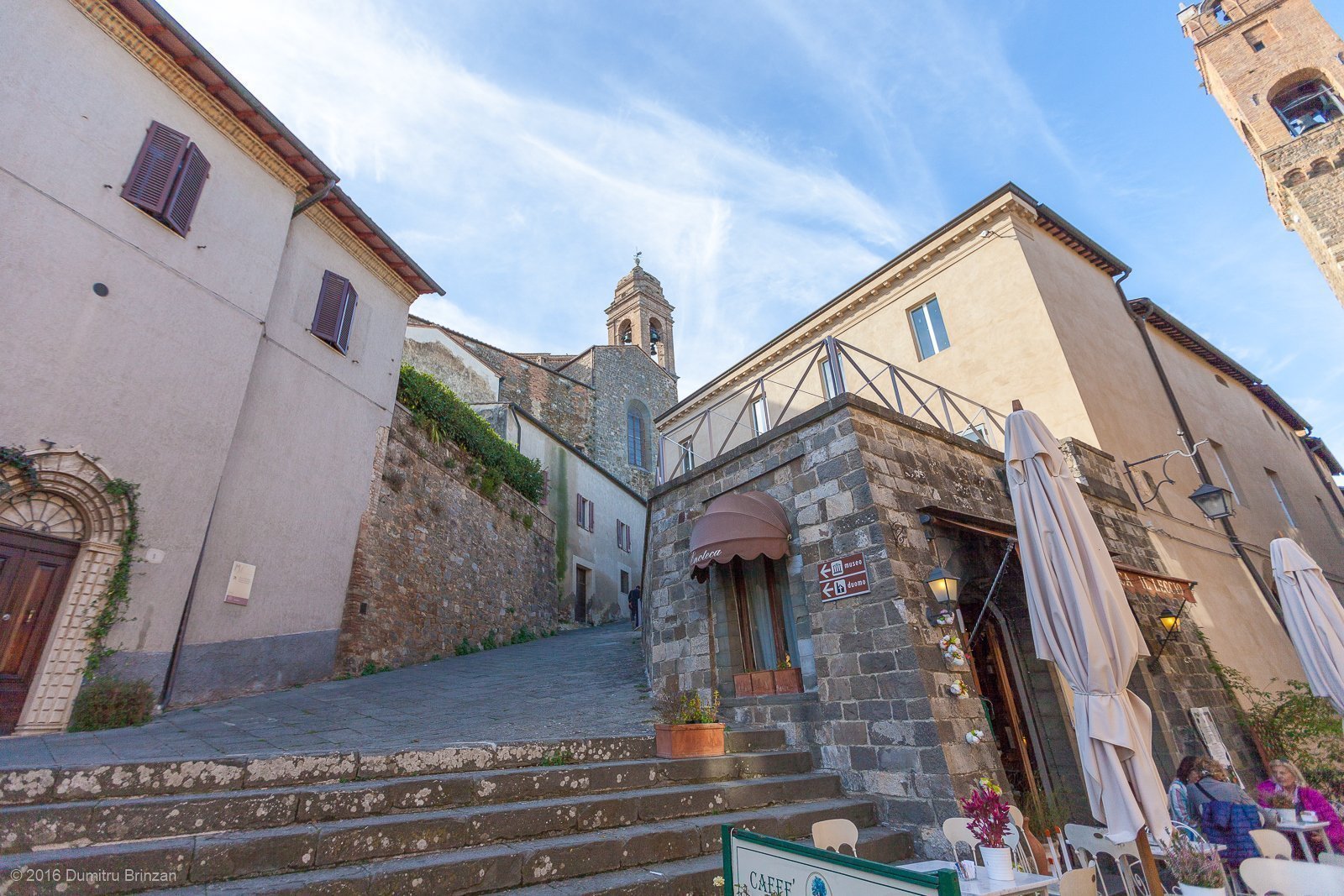 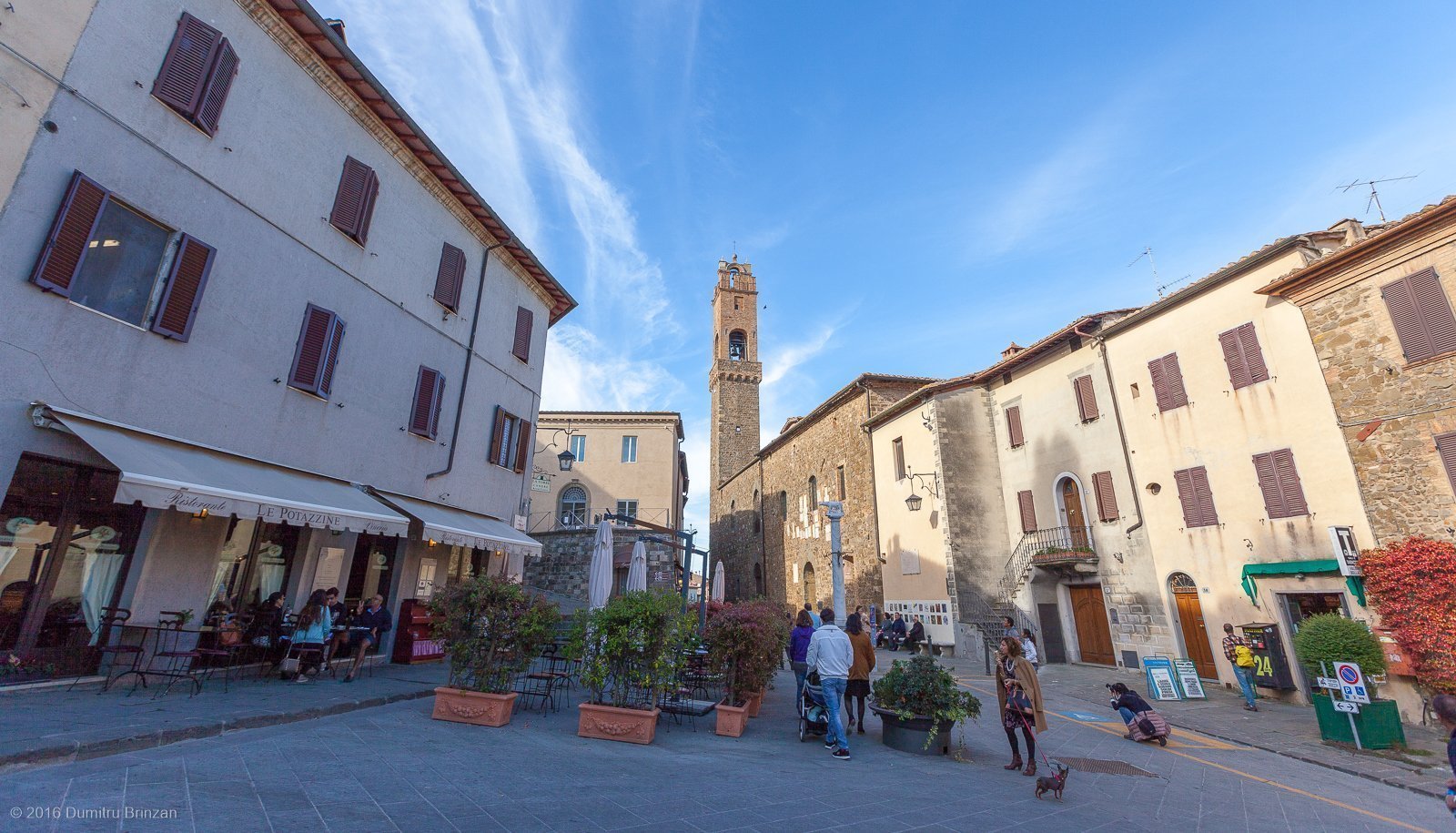 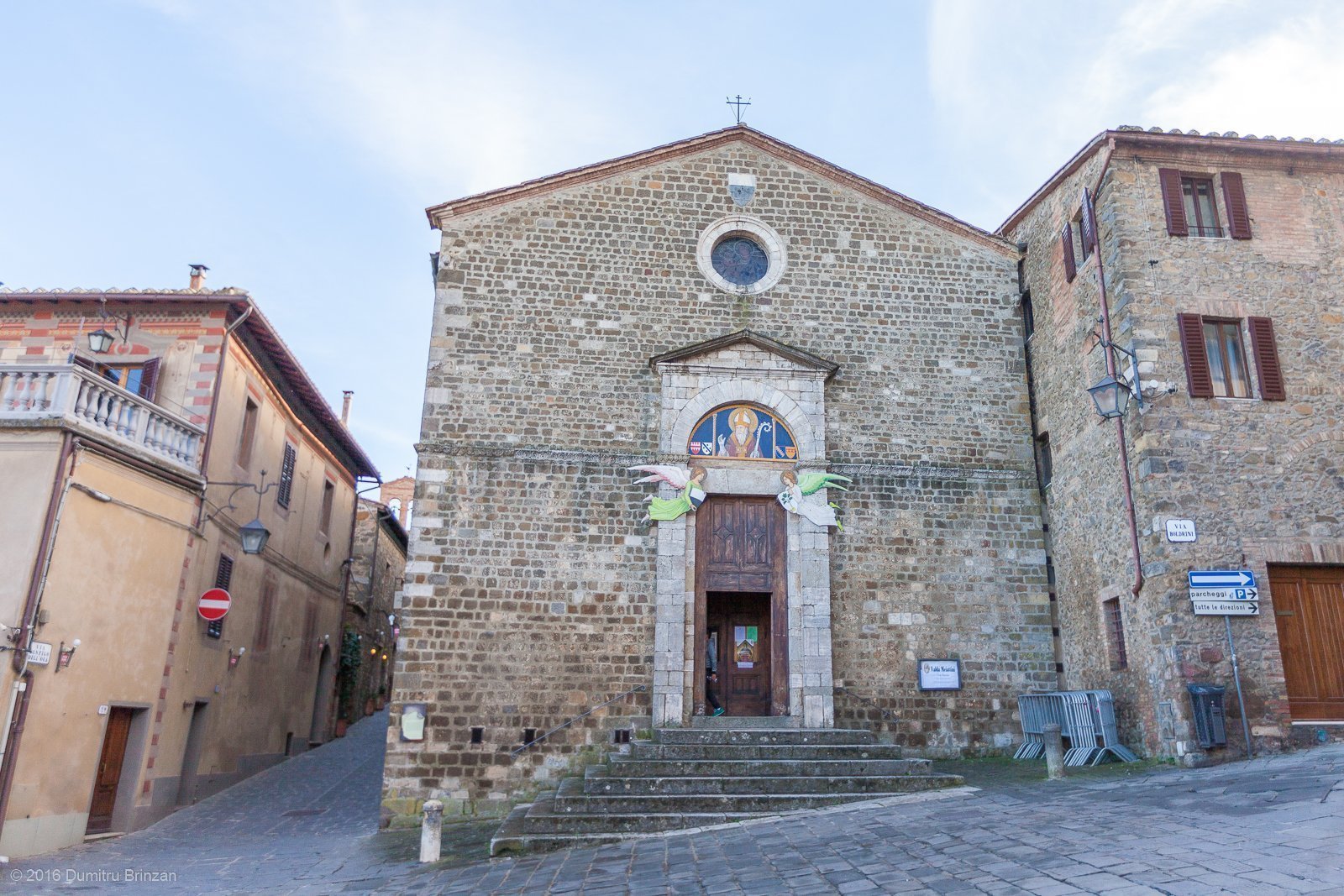 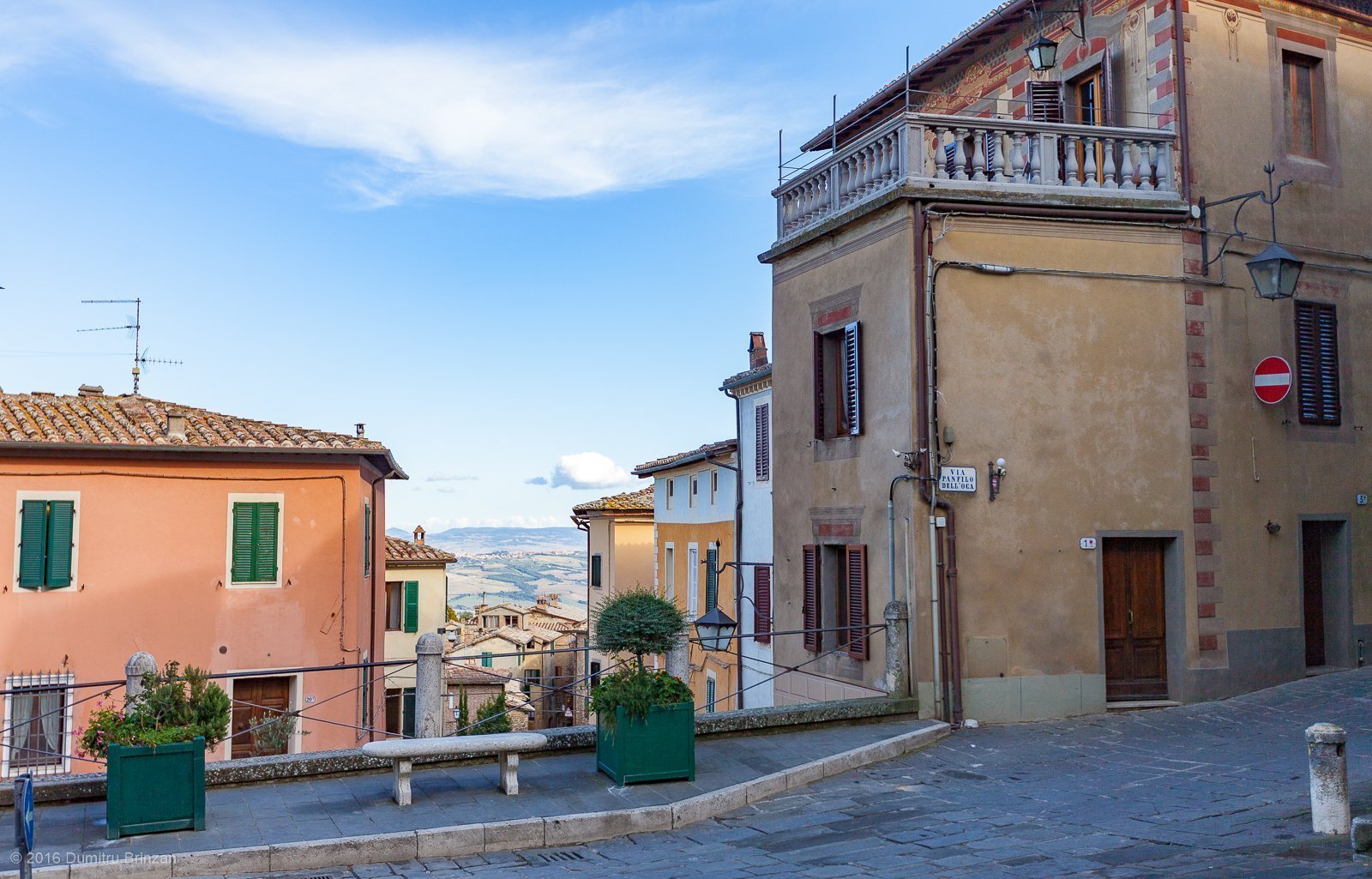 26. On our way back to the car we take another look at Chiesa di Sant’Agostino. Imagine that this place is almost 800 years old… 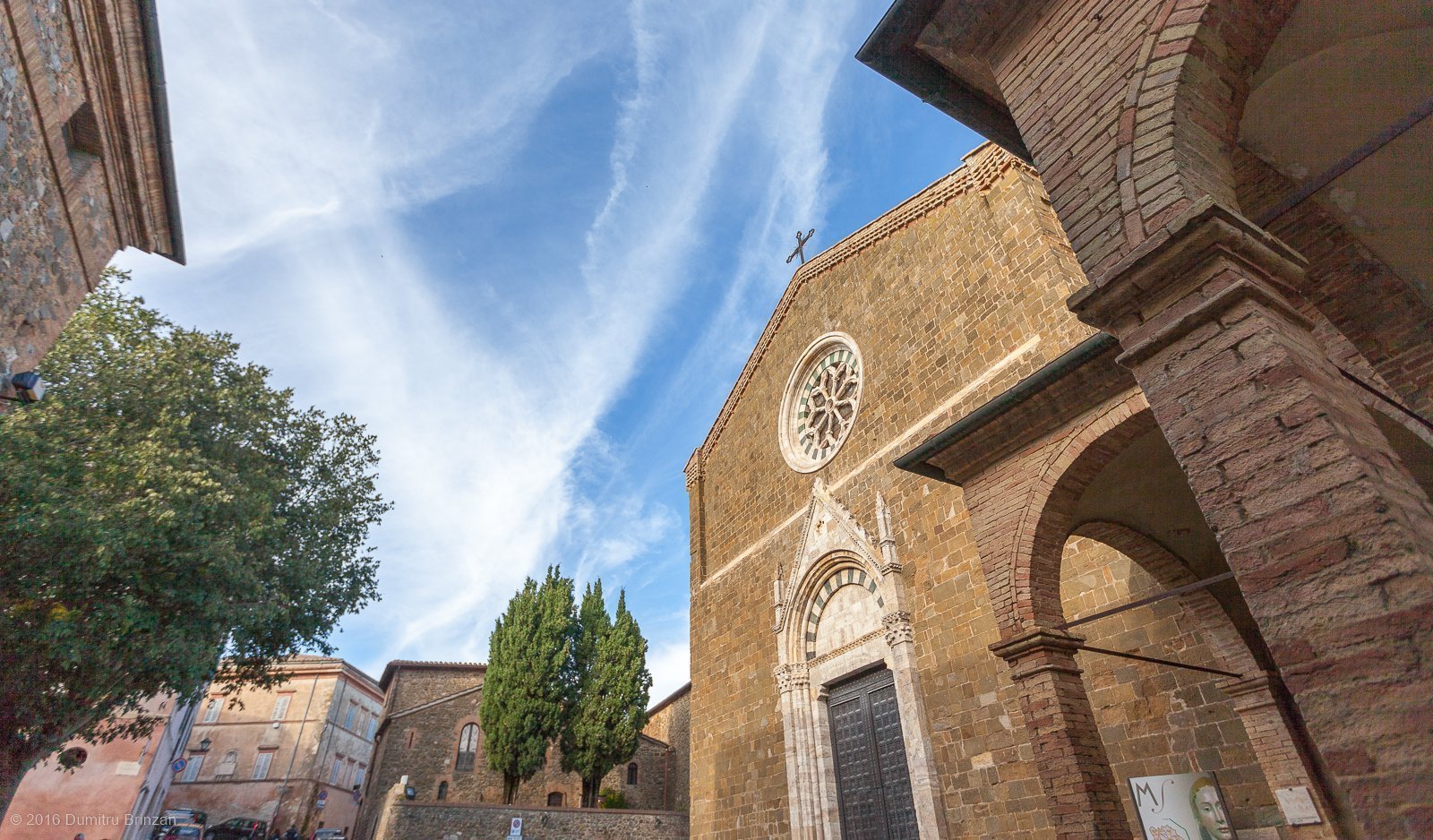 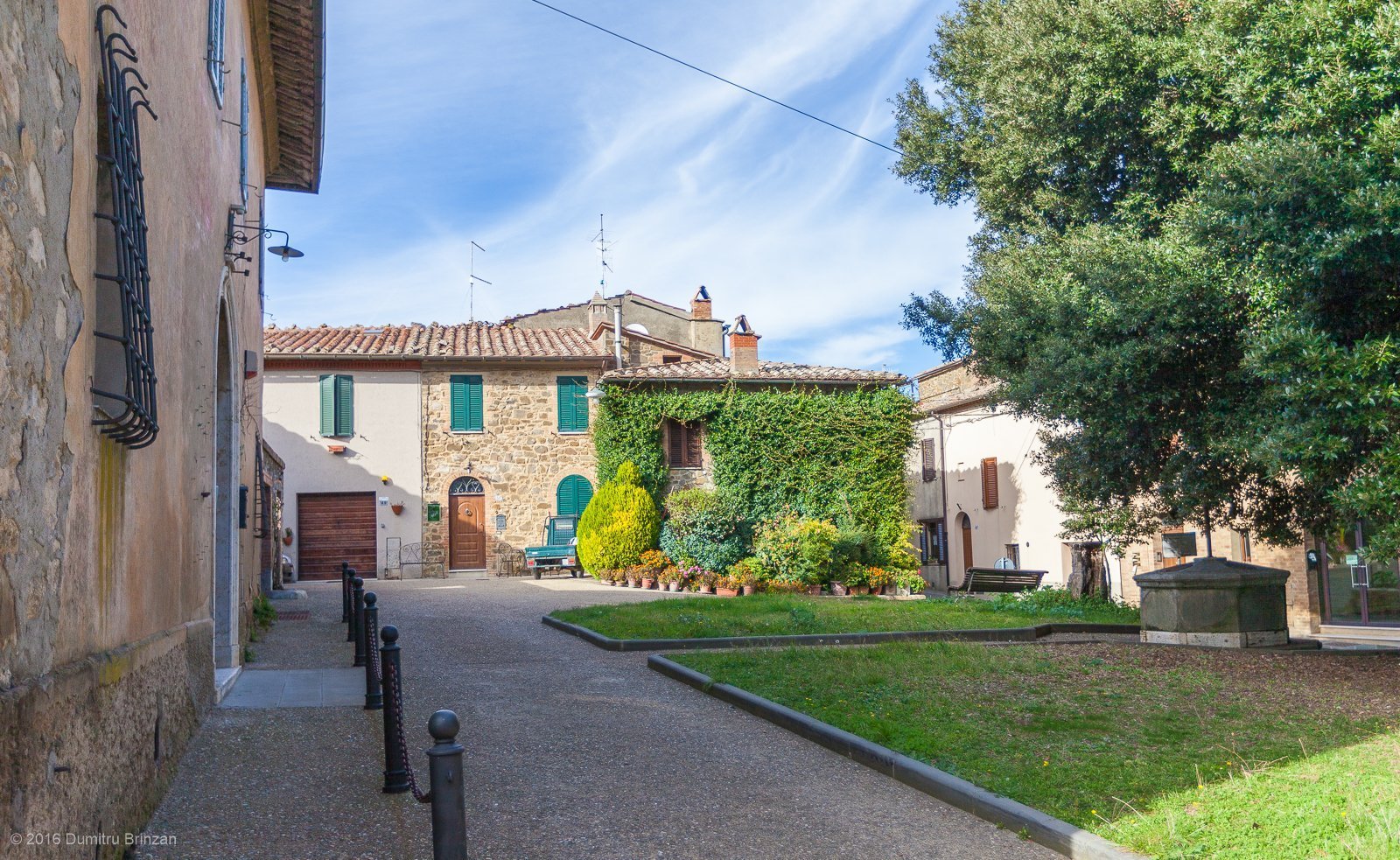 28. Even the way to the parking lot is beautiful. 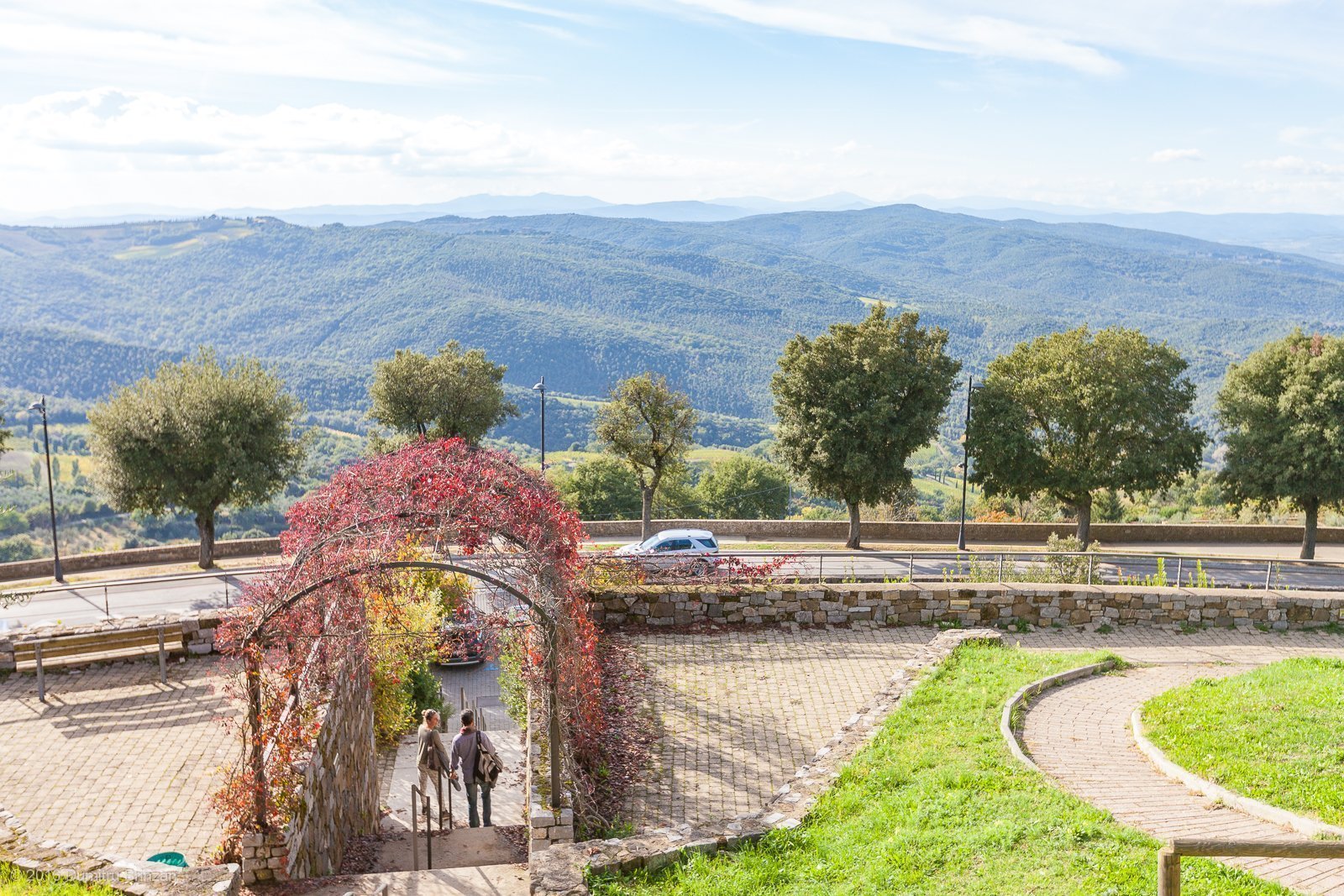 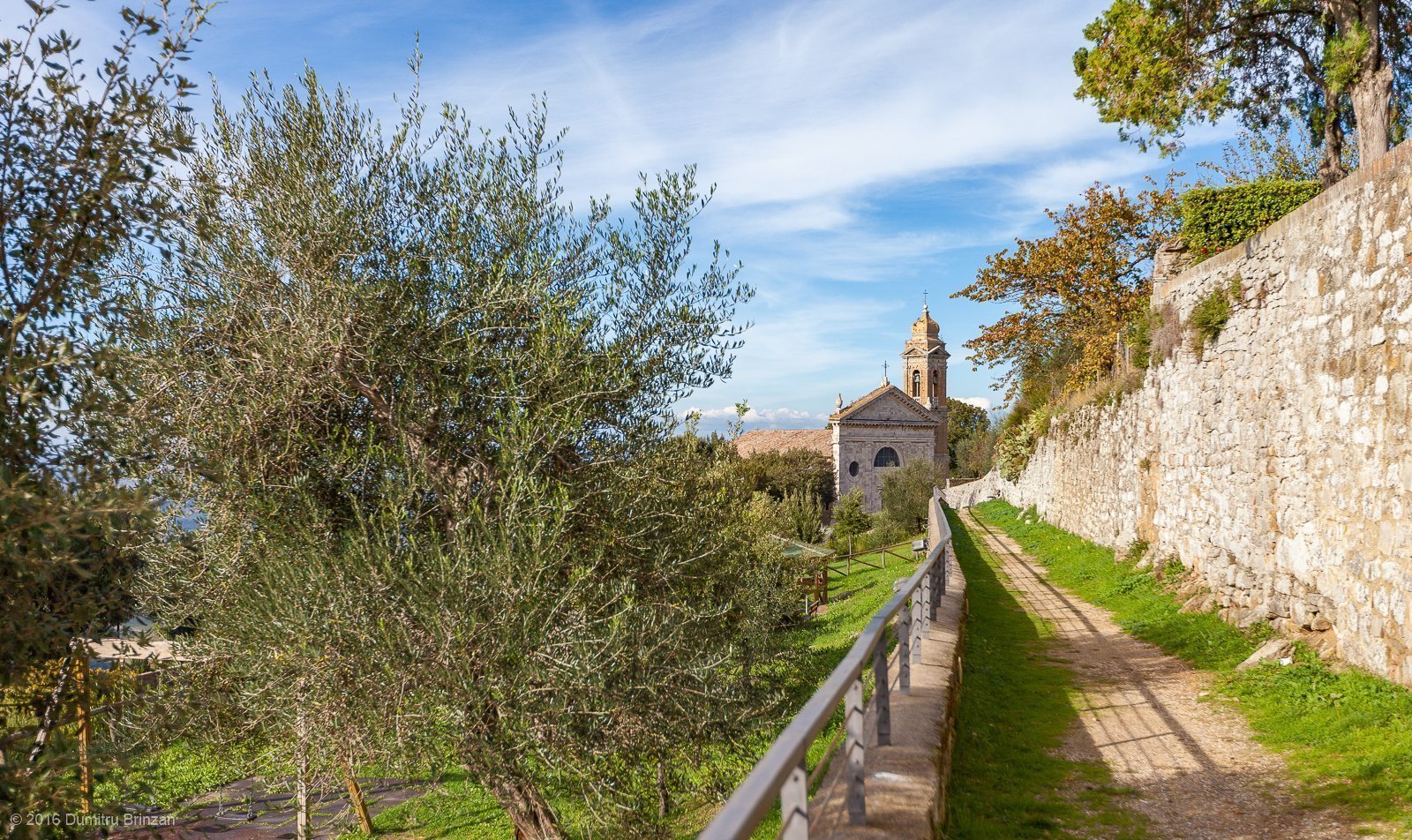 There’s more to see in Montalcino than is presented in these photos, but you have to cut corners when you travel with a <2 years old child and you go only to stroller-friendly places.