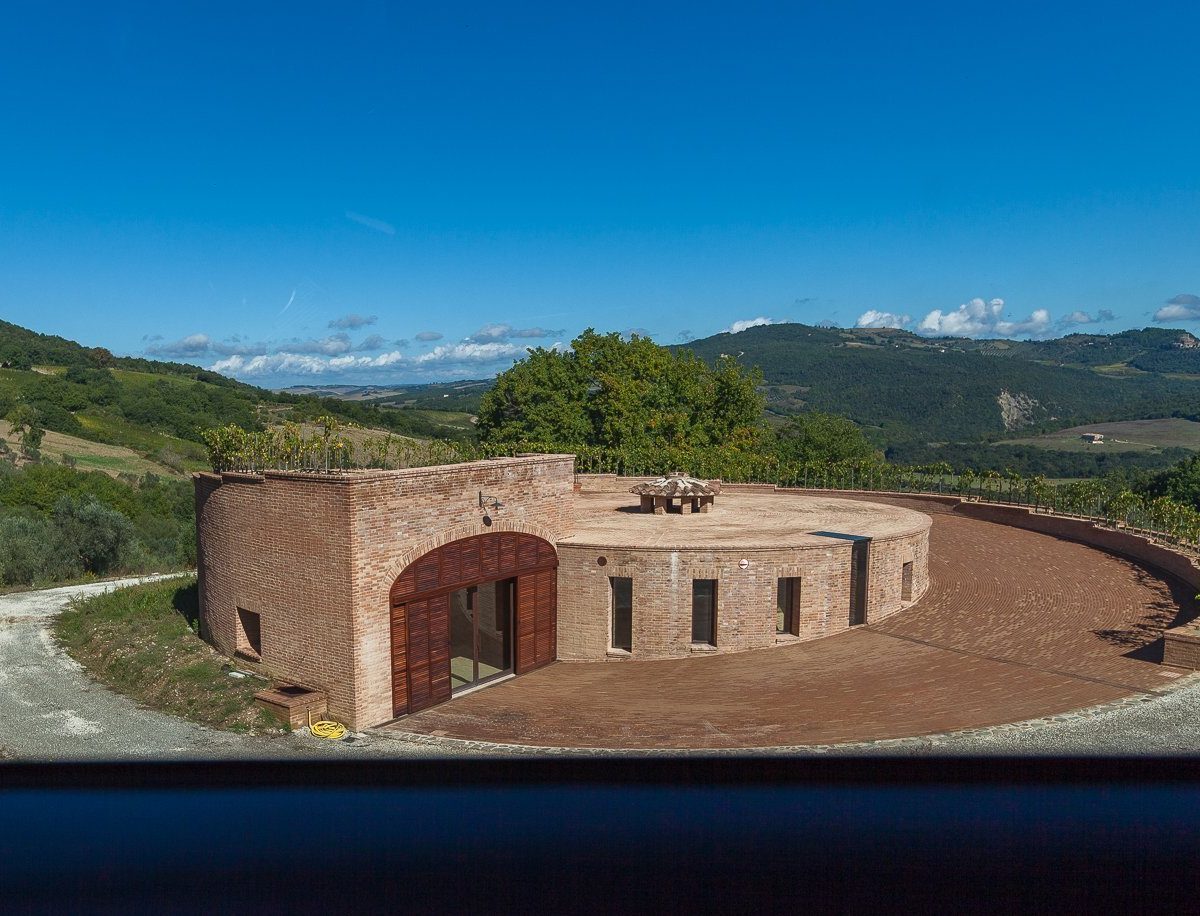 Podere Le Ripi is a winery in Montalcino with a really good story, and good stories can help sell (expensive) wine. I will try to explain what makes this winery so special, so there will be more text than usual.

From Coffee and Nature Photography to Wine

The owner Francesco Illy comes from the famous Espresso Coffee Illy family. You can find this coffee brand all around the world.
It took Francesco over 10 years to find a suitable place in Montalcino to start his own wine estate. The choice naturally fell on an untouched and wild area that was used by animals for grazing.

Podere Le Ripi is Biodynamic (a level above “organic”) since 2010.

To me, Biodynamics, is nothing else as the old fashioned way our ancestors grew plants and made wines for thousands of years, before the modern methods took place.
For this reason the soil treated biodynamically is very similar to the soil of a woodland and very different from a conventional agricultural soil. It is less compact, contains a great amount of humus and shows an incredibly strong and complex inner life, from worms to bacteria as to any vegetal and animal biological activity.

Bonsai Wine – The Densest Vineyards in The World

When he started this winery Francesco Illy was told that really good wine can be made only from vineyard that is at least 35 years old. The prospect of waiting for 30+ years (while in his fifties) did not discourage Francesco but instead pushed him towards a crazy experiment.

A general rule of vine planting says that it is advised to plant higher densities in poor soil, unless you have a shortage of water in the region. The less water there is, the lower the density should be. Most vineyards in Europe have a density of 3,000 – 8,000 of plants per hectare.

The logic behind this experiment is simple: more dense vineyards push the plants to fight and complete for available resources, which makes their roots go deeper – quicker. Deeper roots mean that they go through more layers of soil and compositions, so the wine quality should increase.

We gave every plant a thin support pole of acacia and we grew the vines with goblet vine training system, called in Italy “alberello” and meaning literally “small tree”. Two and a half years later, with their third bud, they made the first barrique of wine, the Bonsai Sangiovese 2007.
The Bonsai experiment, started in 2005, was a tenth of an hectare and the production was roughly 3.300 kg per hectare from the very beginning!

Podere le Ripi is the winery that was finally able to entice and entertain us with a very good story. This place will be interesting for most: casual tourists, wine enthusiasts, winemakers, etc. Make sure to visit it on your next trip to Tuscany.

4 Replies to “Where Bonsai Wine is Made: Podere Le Ripi Winery in Montalcino, Italy”