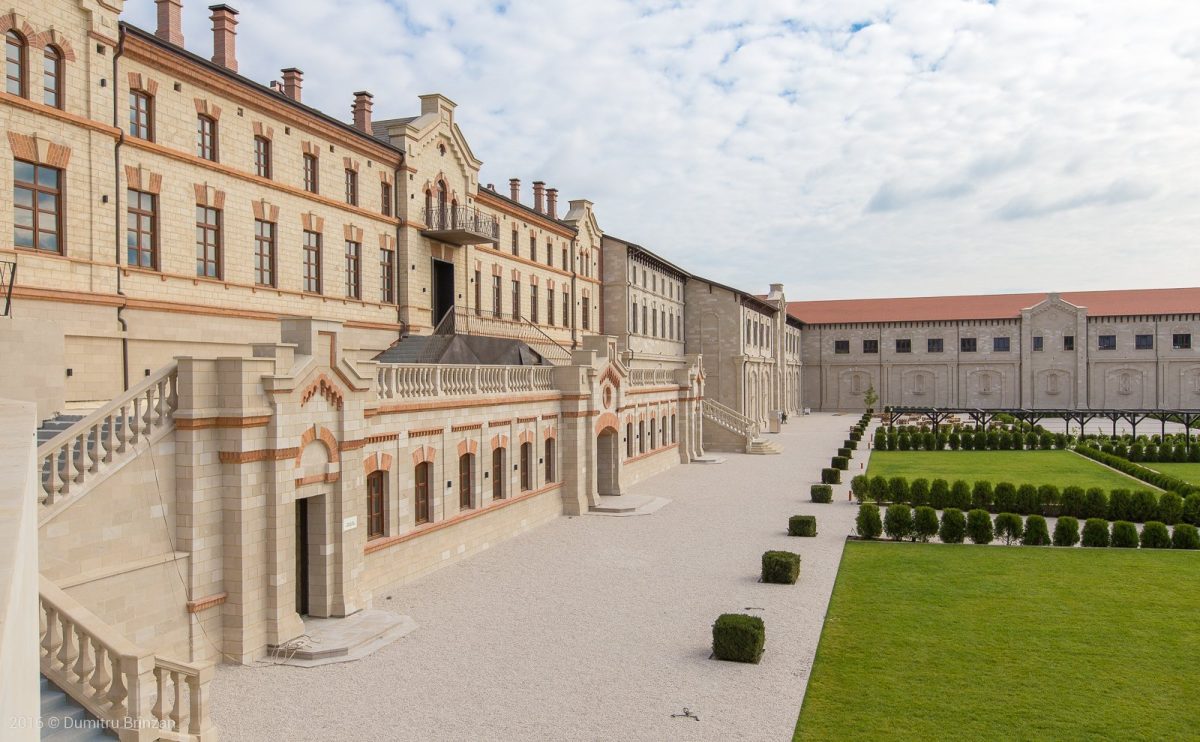 Castel MIMI Winery is the largest (private) architectural restoration project in the history of Republic of Moldova. This historic estate was founded in 1893 by the last Governor of Bessarabia, Constantin Mimi.

A restoration project that was planned to be finished in 2 years is now in its 6th year and counting. Even though there was a big opening ceremony on 17th of September 2016, there is still a lot of work to be done. According to the current schedule it is expected that by the end of Summer 2017 everything will be finished. Some of the amenities will include a hotel with a big open-air swimming pool, a wine SPA, a big playground for children, a herbs garden, etc.

If you are interested in visiting Moldova and its wineries then I recommend checking out WineTours.md. 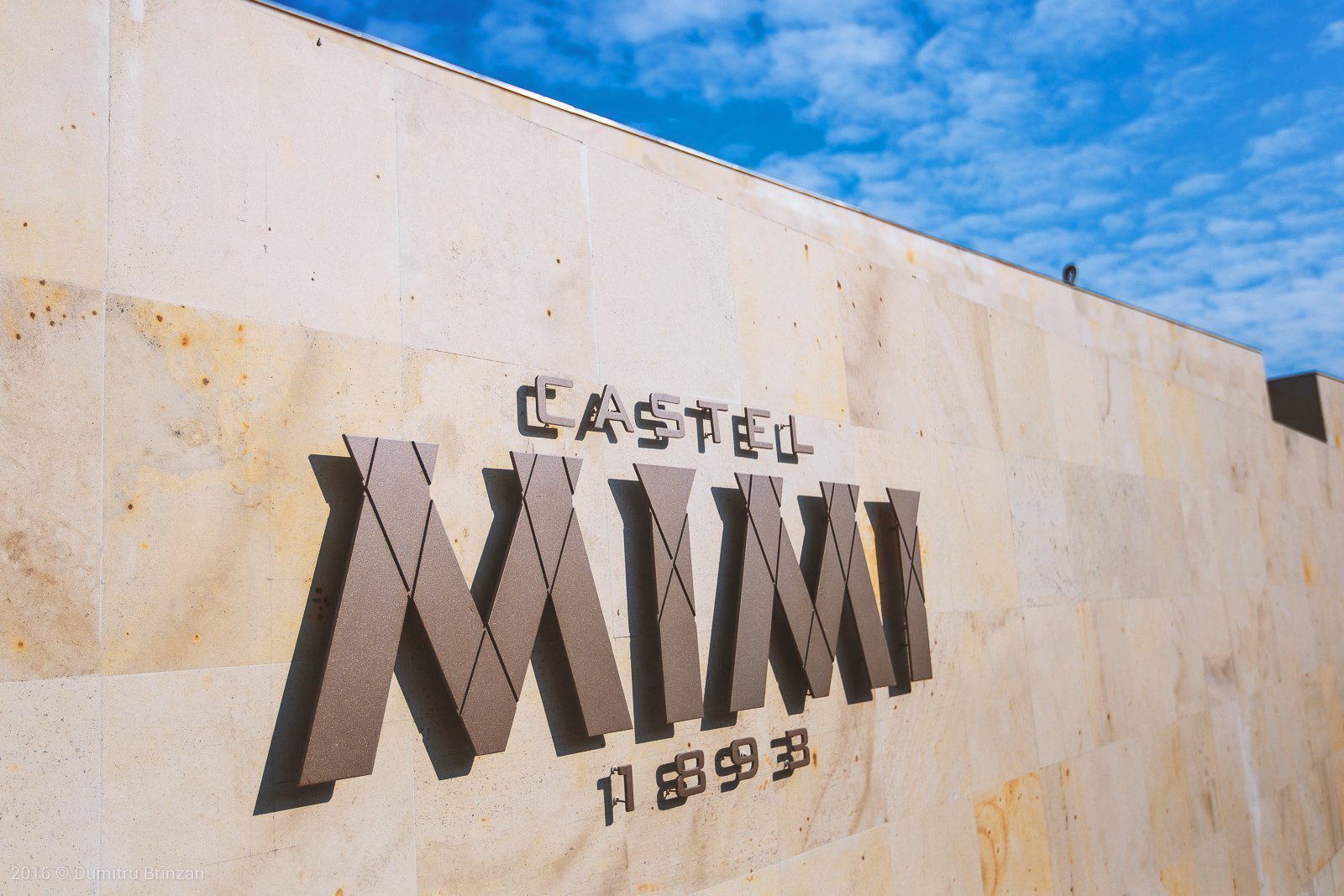 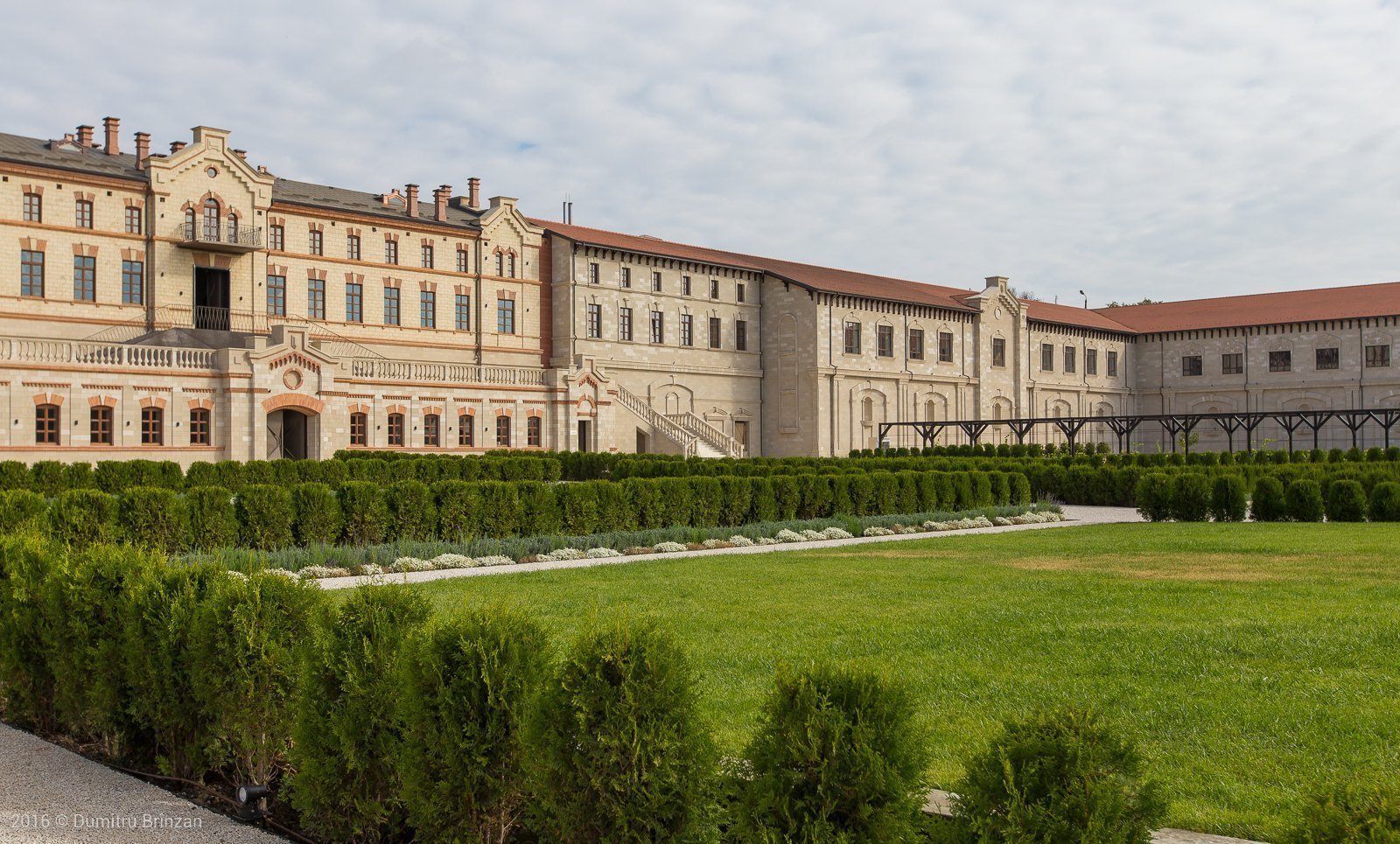 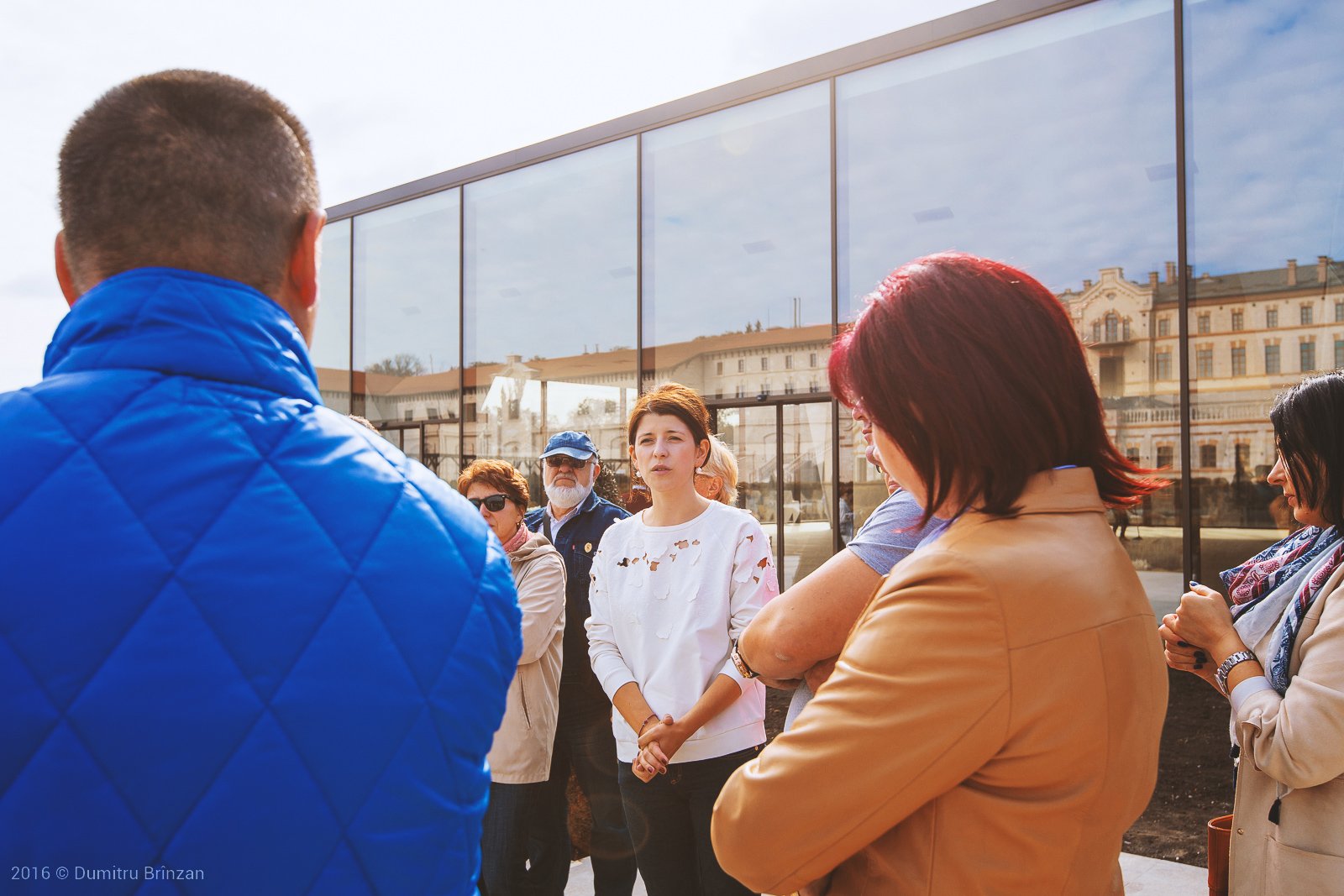 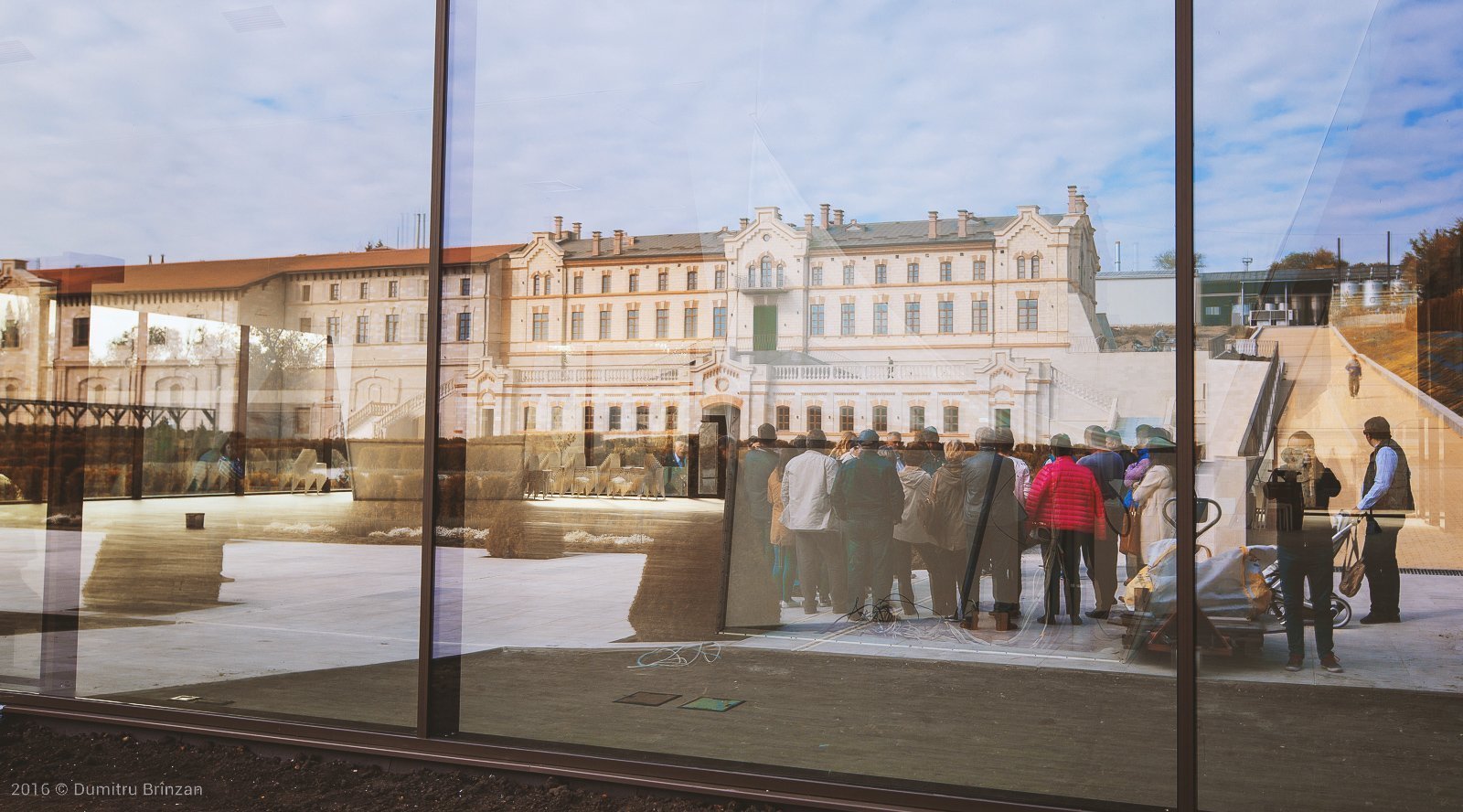 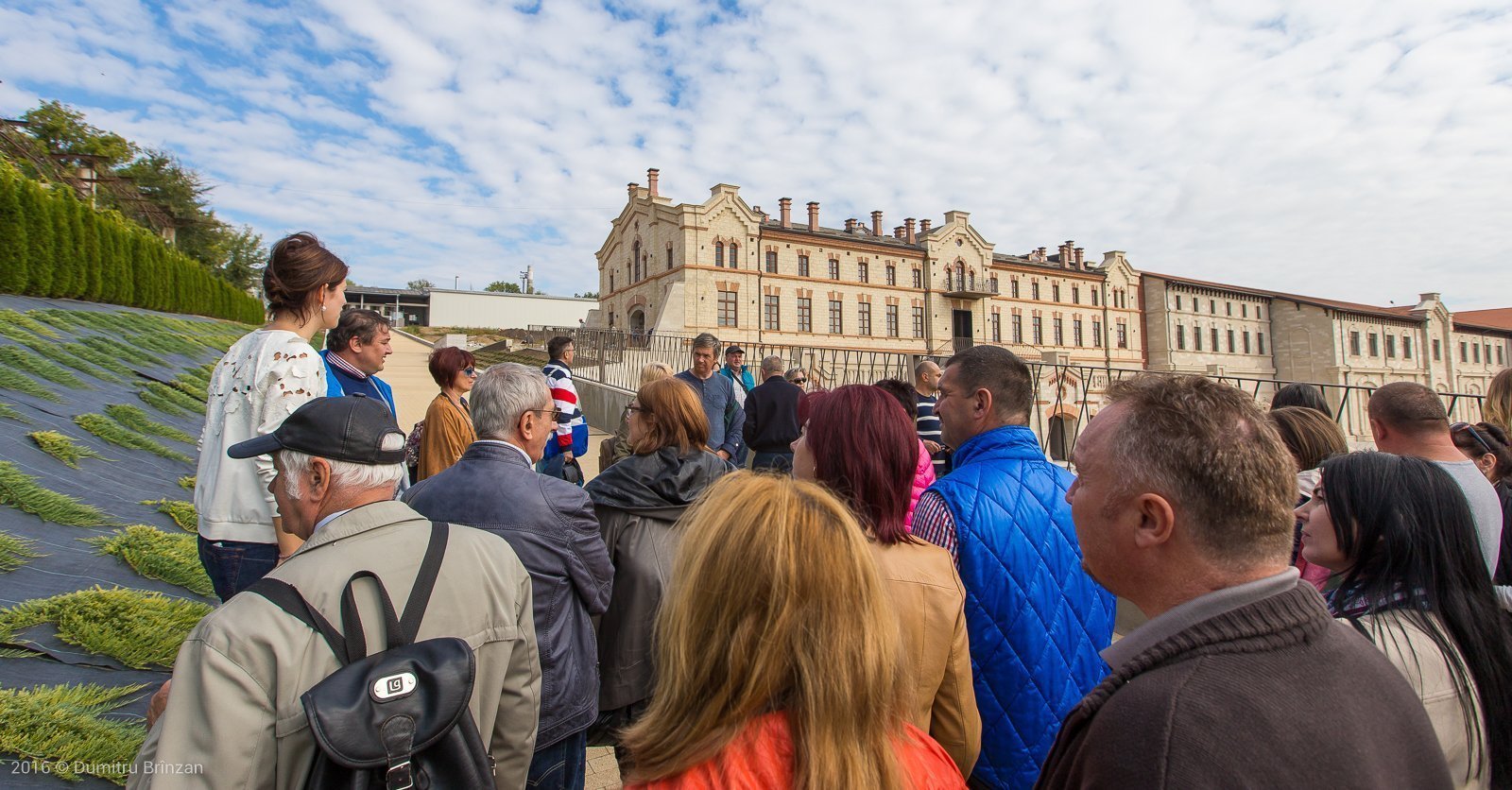 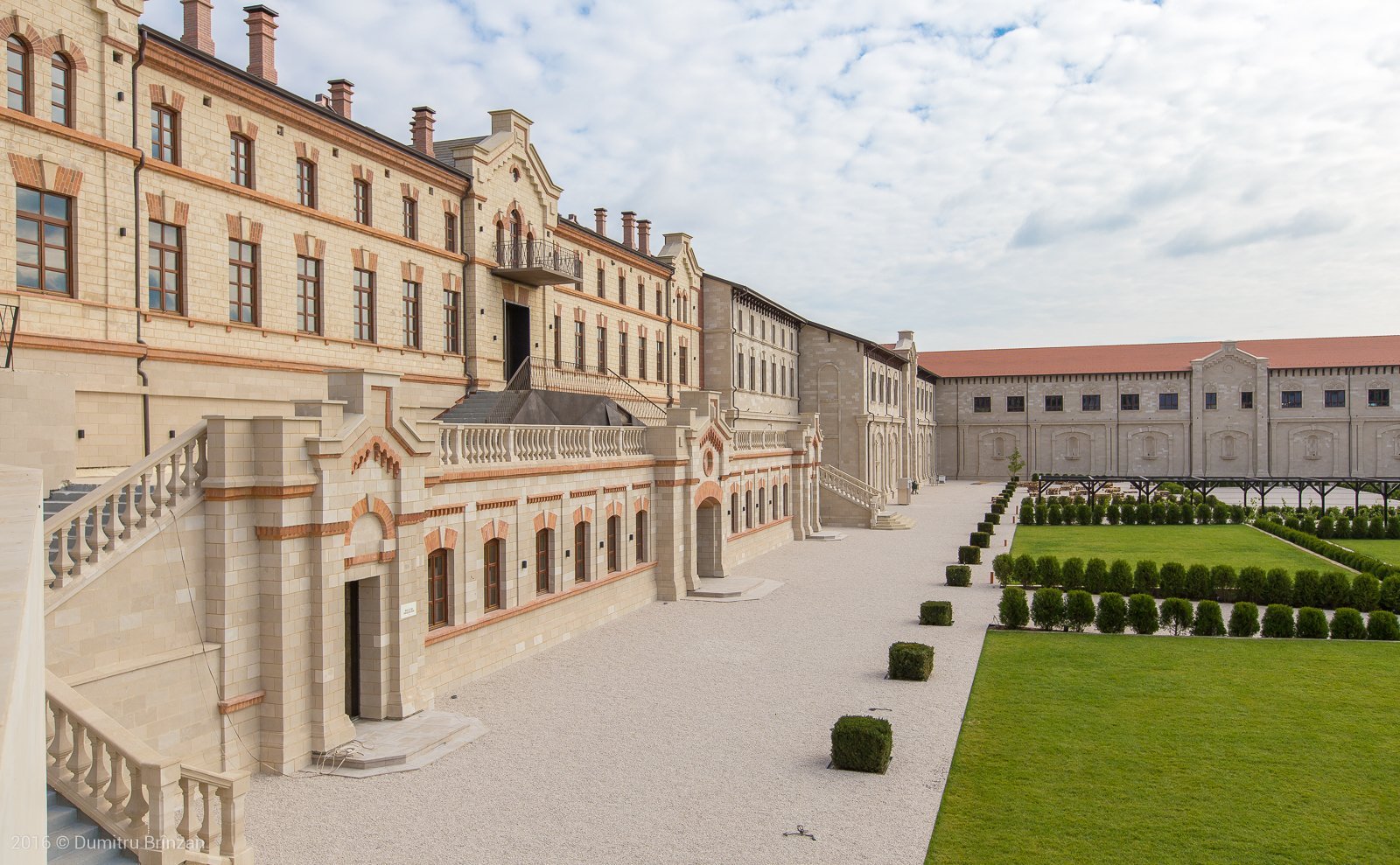 The area surrounded with the red-white tape is the future playground for children. The squares/boxes with soil on the left are for the future herbs garden. 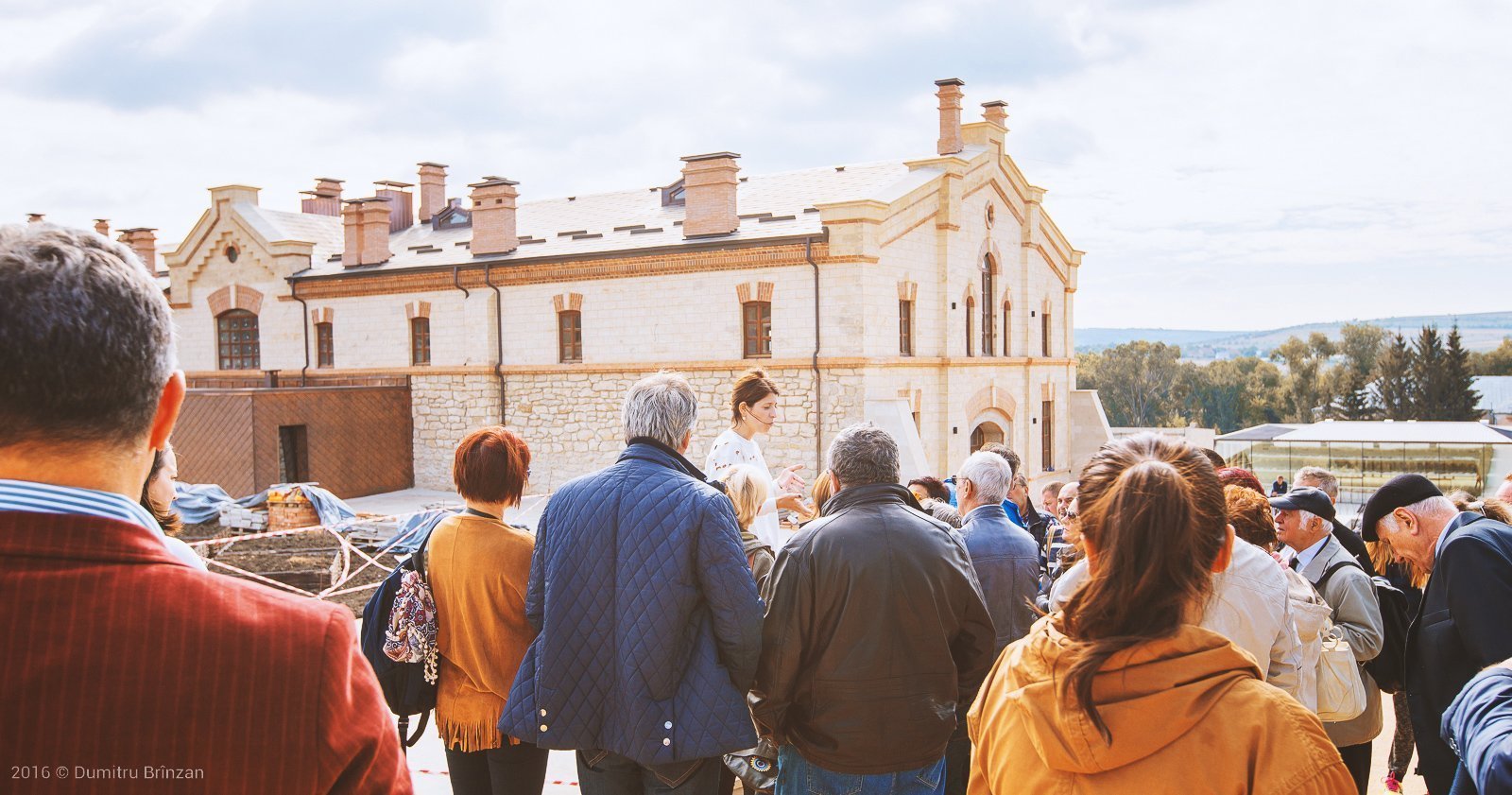 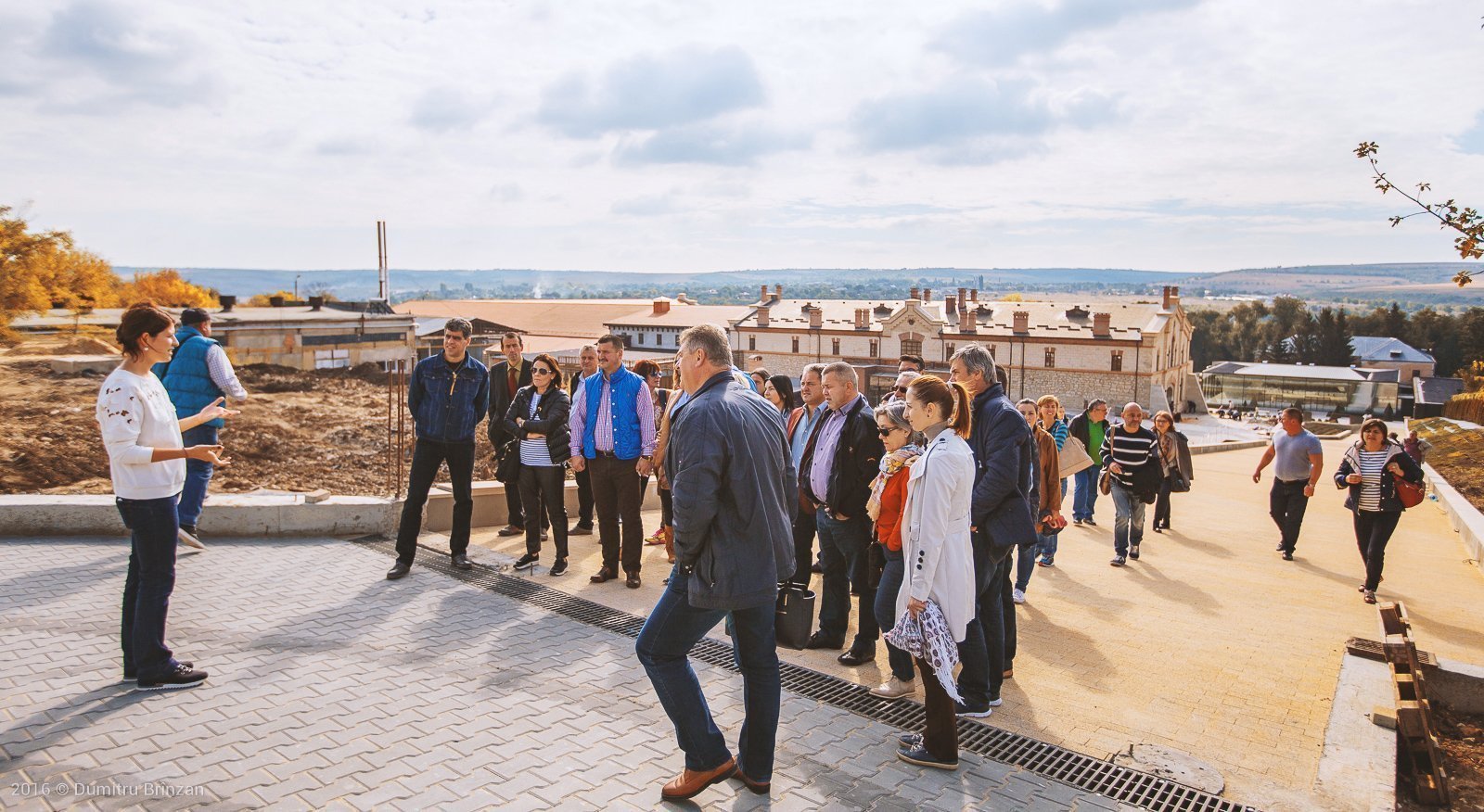 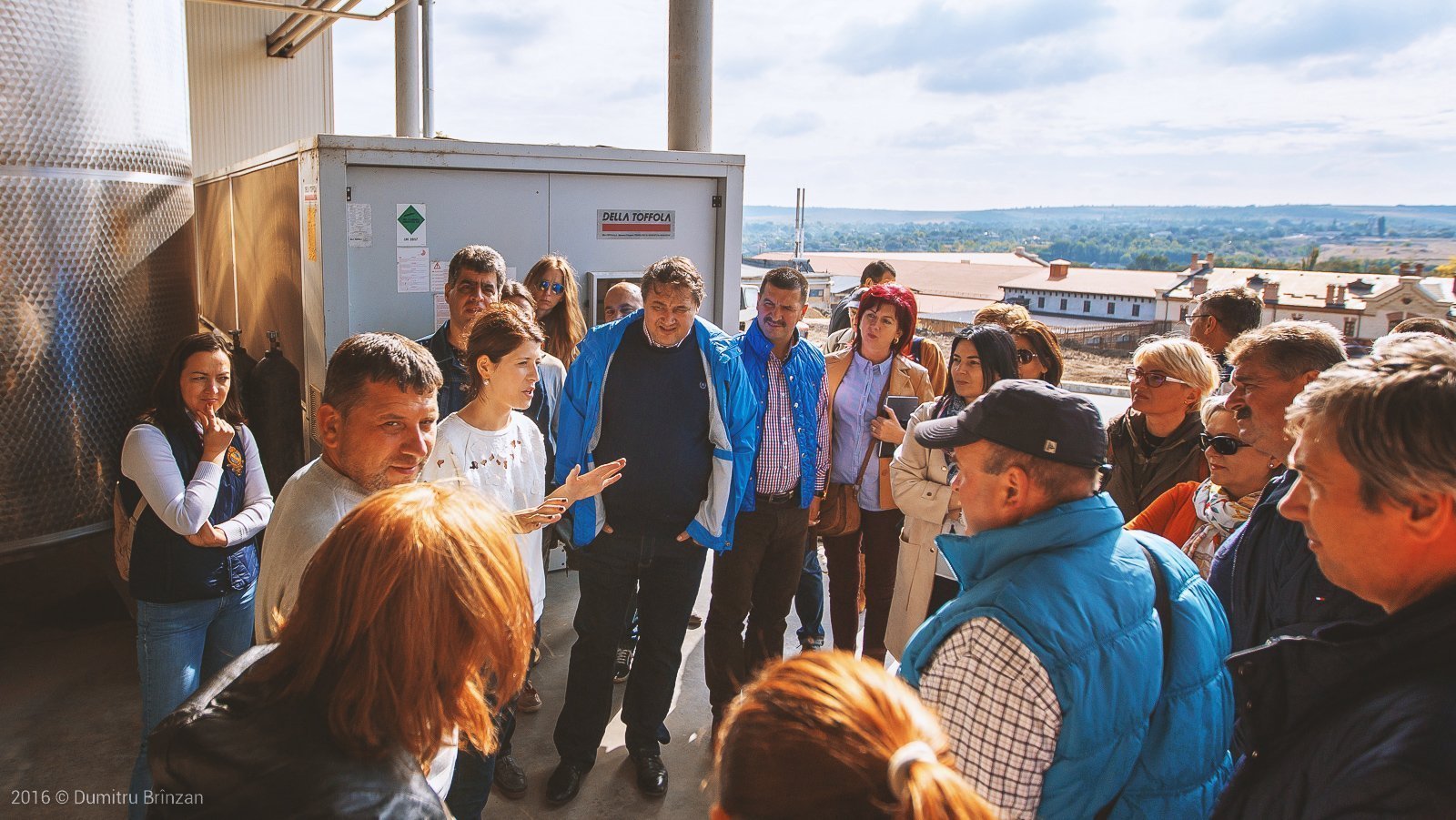 A better view from the top. 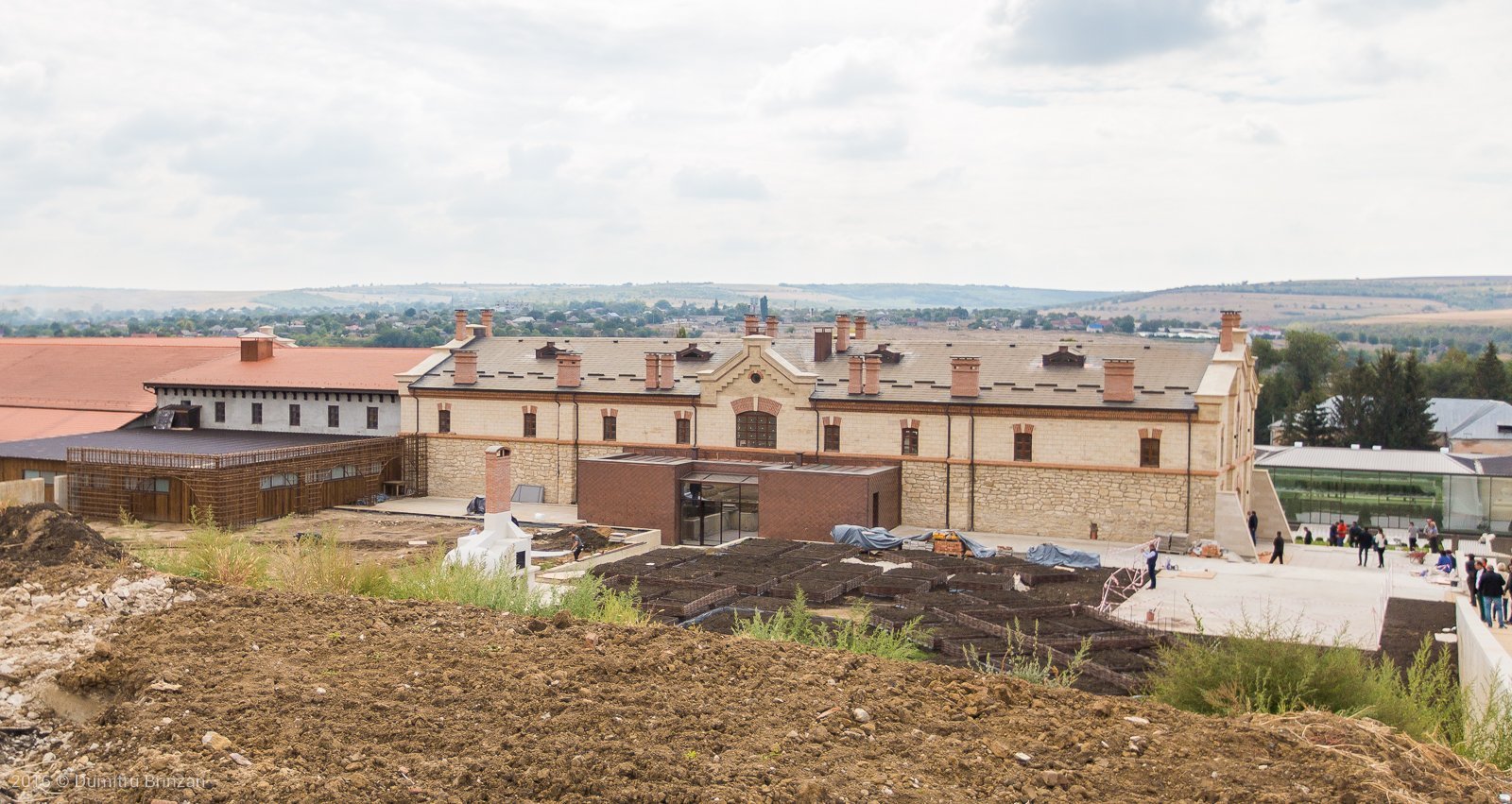 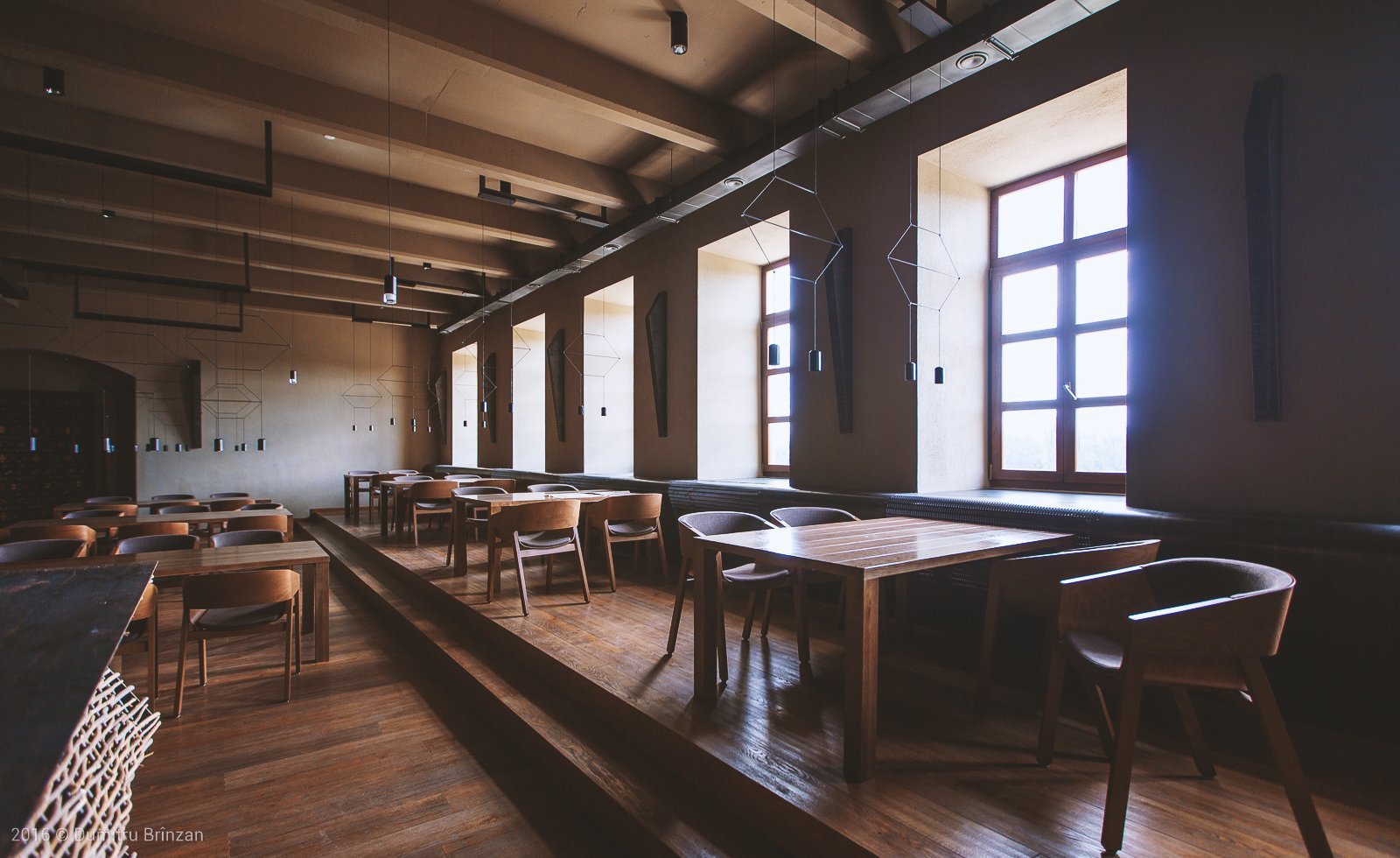 This is one half of the restaurant. The modern furniture is conveniently designed for groups of 4, 6 or more people. 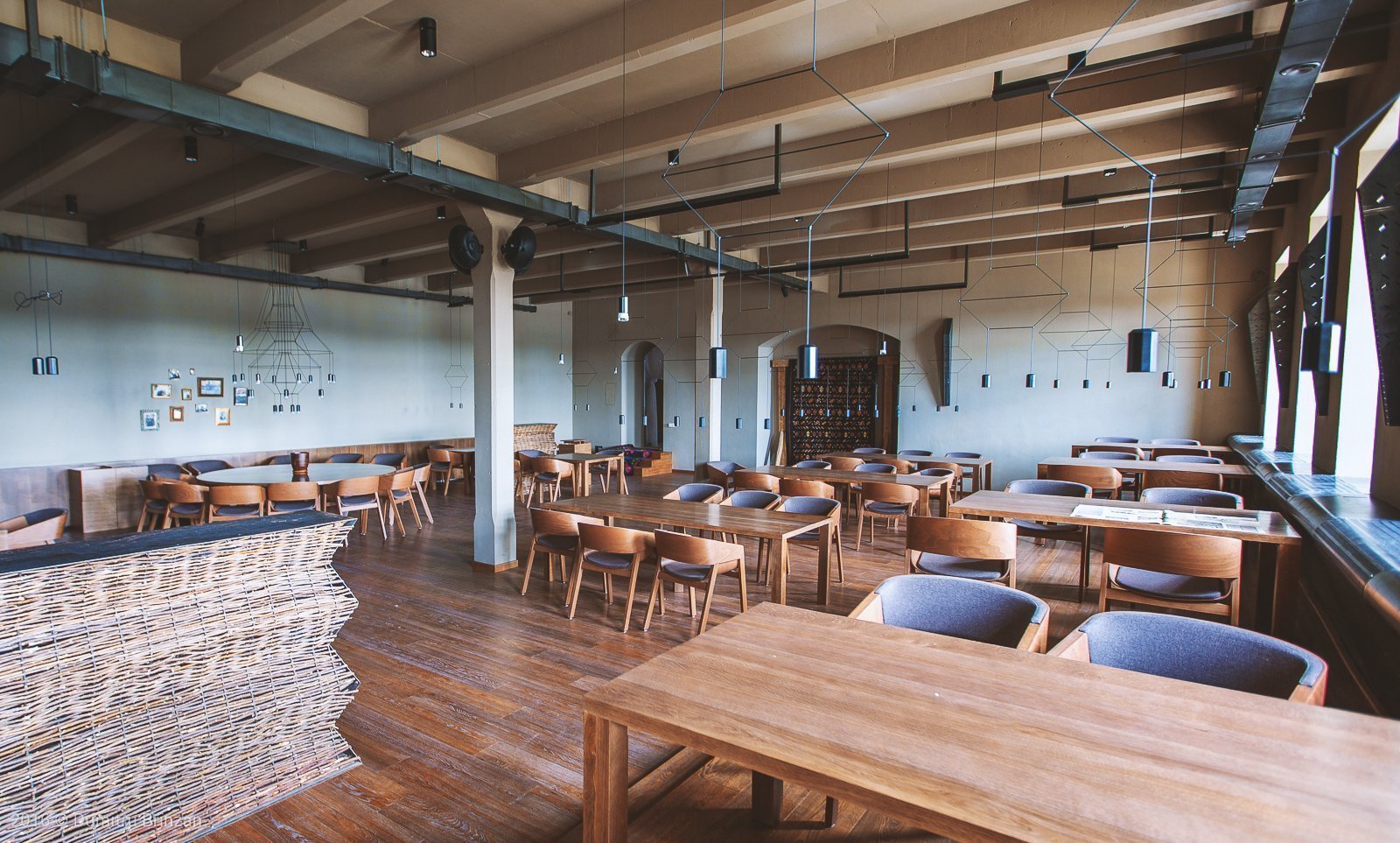 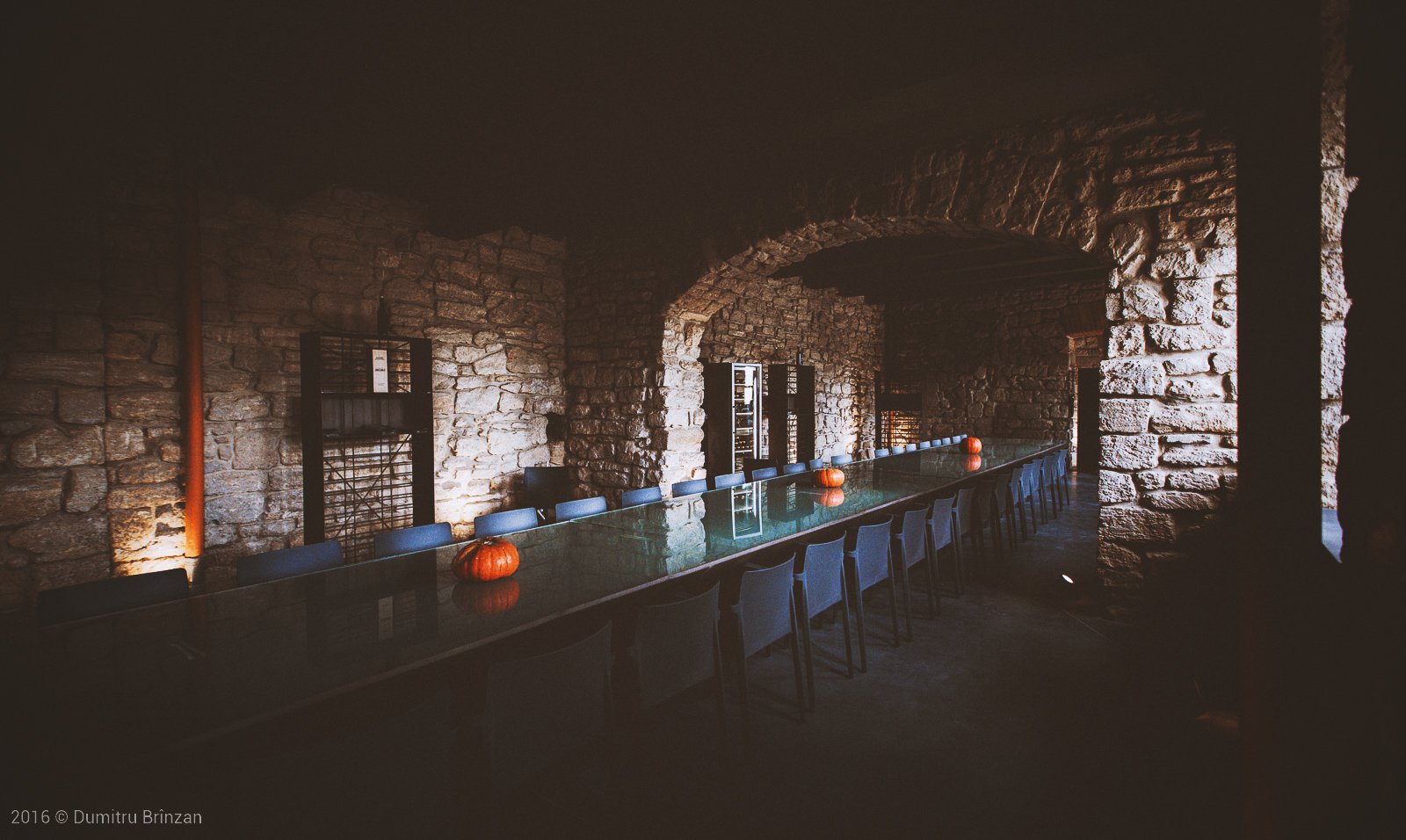 Tasting room #1 on the ground floor. The real lighting is not that dramatic :) 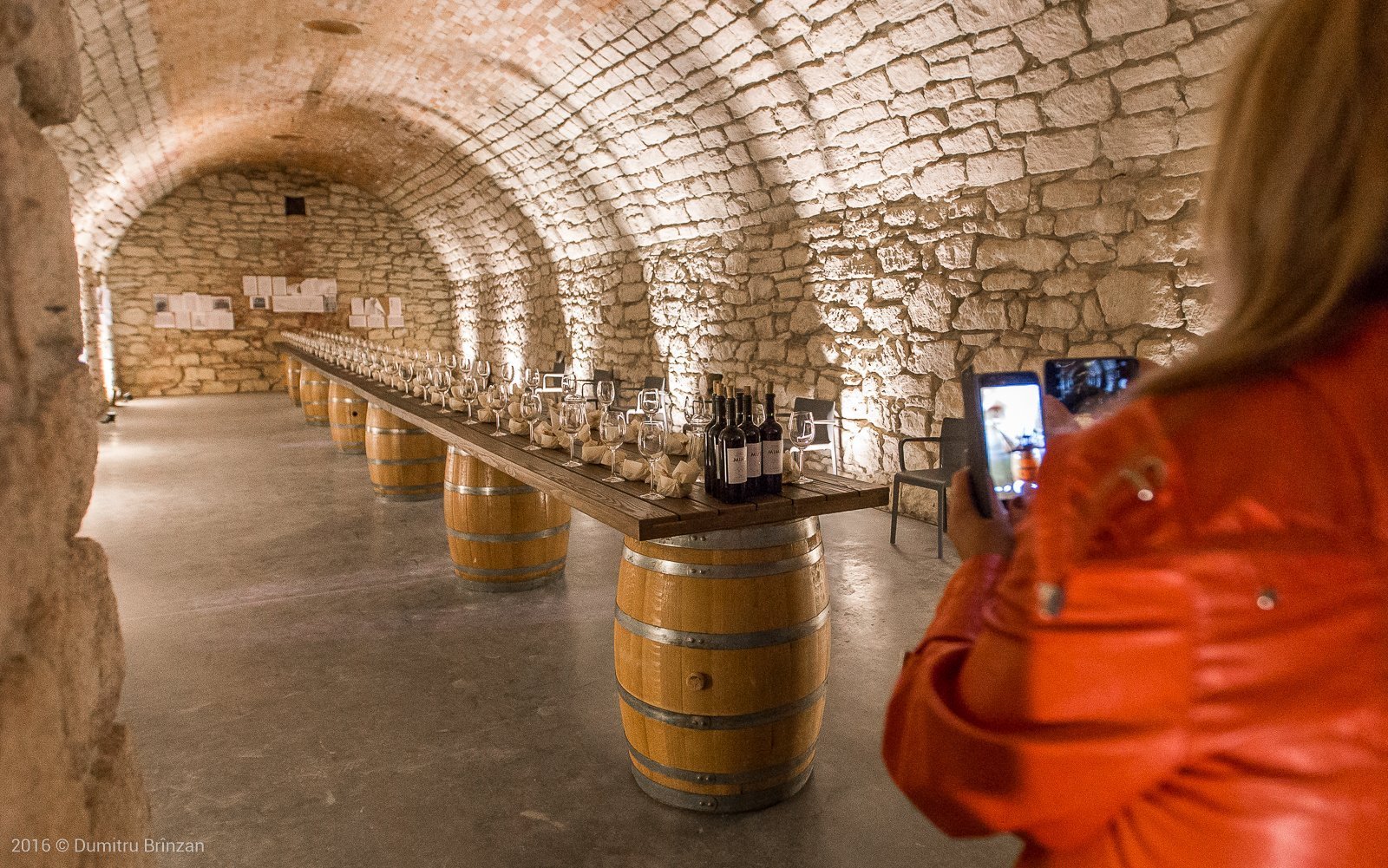 The grand cellars can also be used for wine tastings. 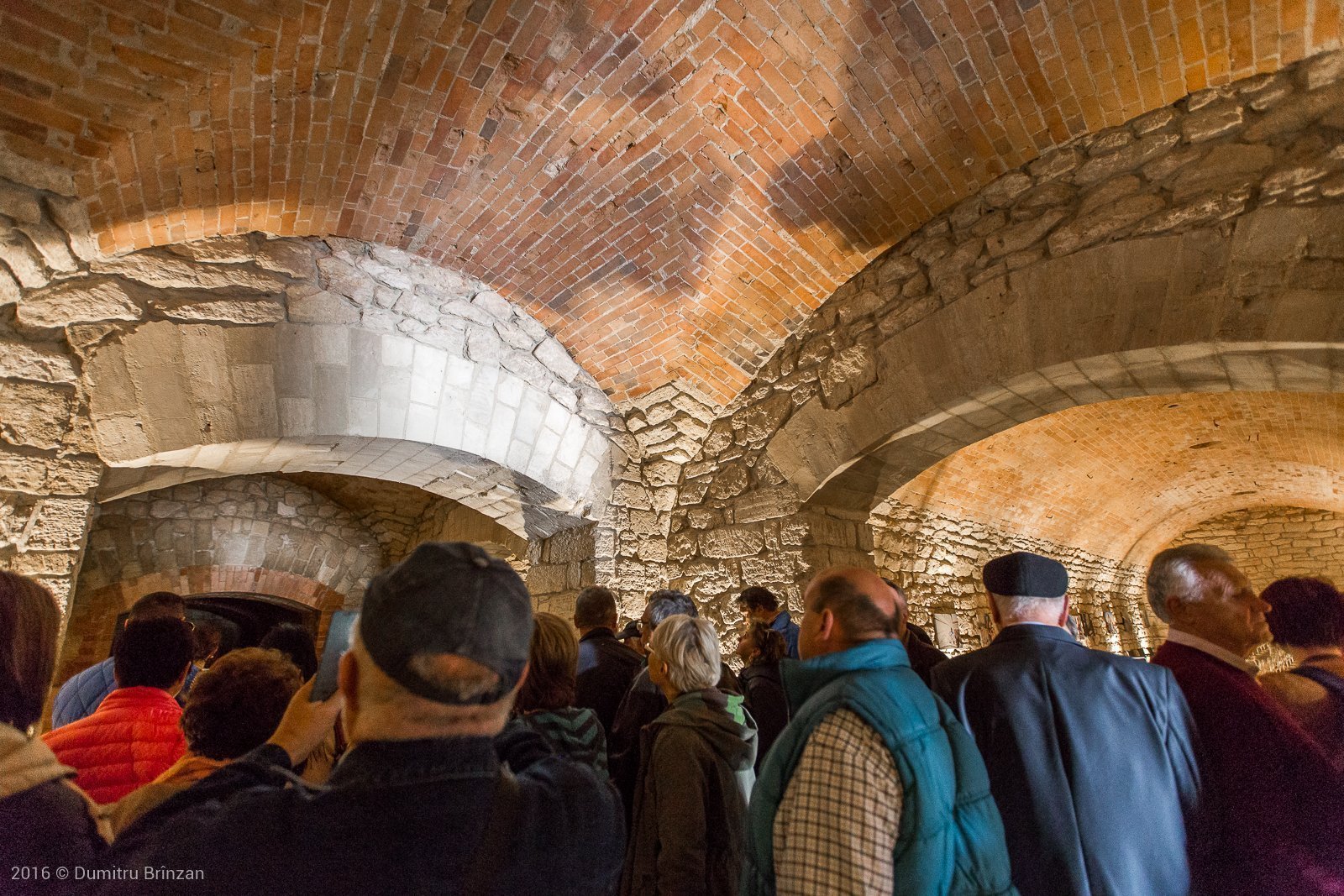 An immense amount of effort went into the restoration of the walls and ceilings. Each stone has been manually removed, restored and returned to its place. 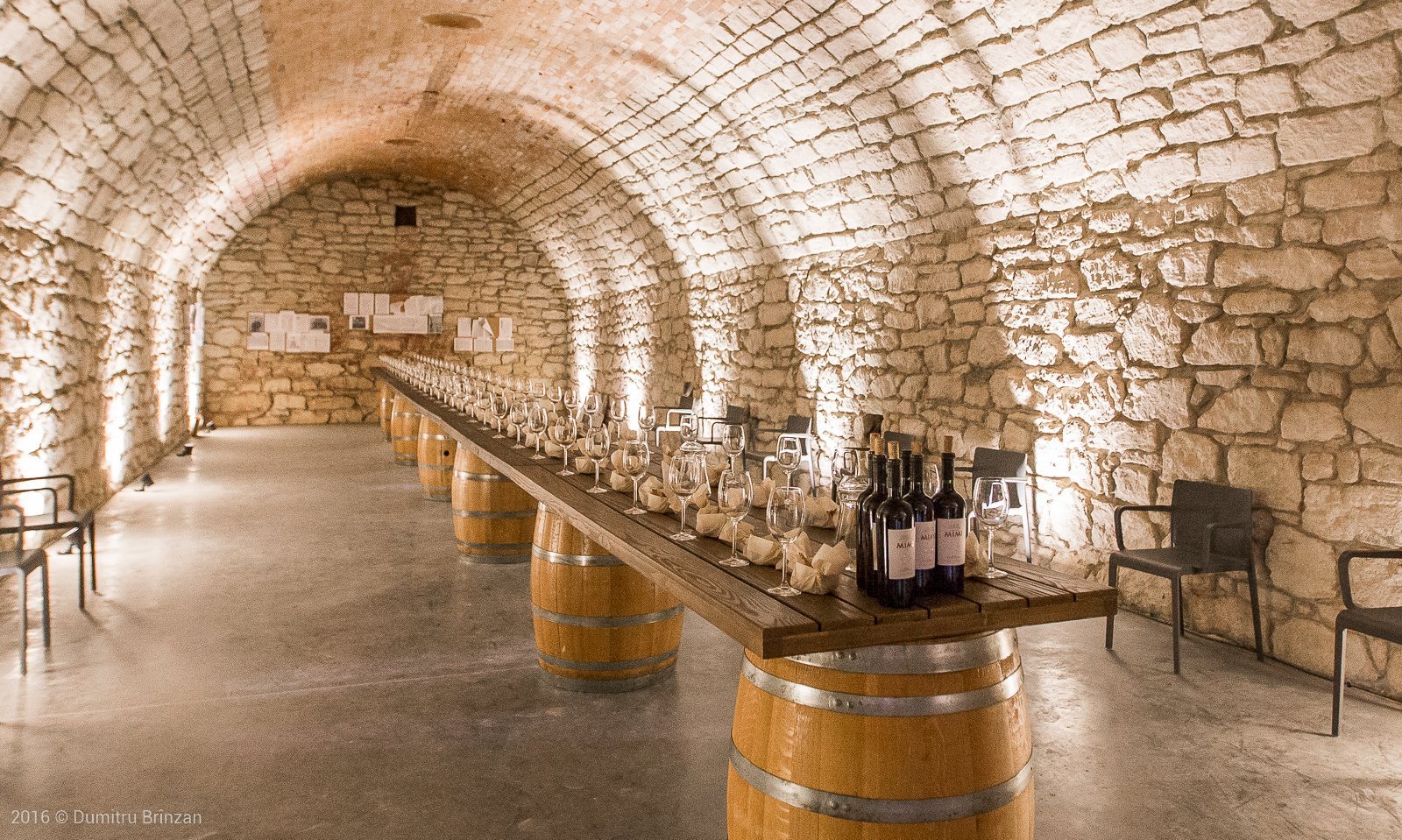 The round holes in the ceiling are used for ventilation. 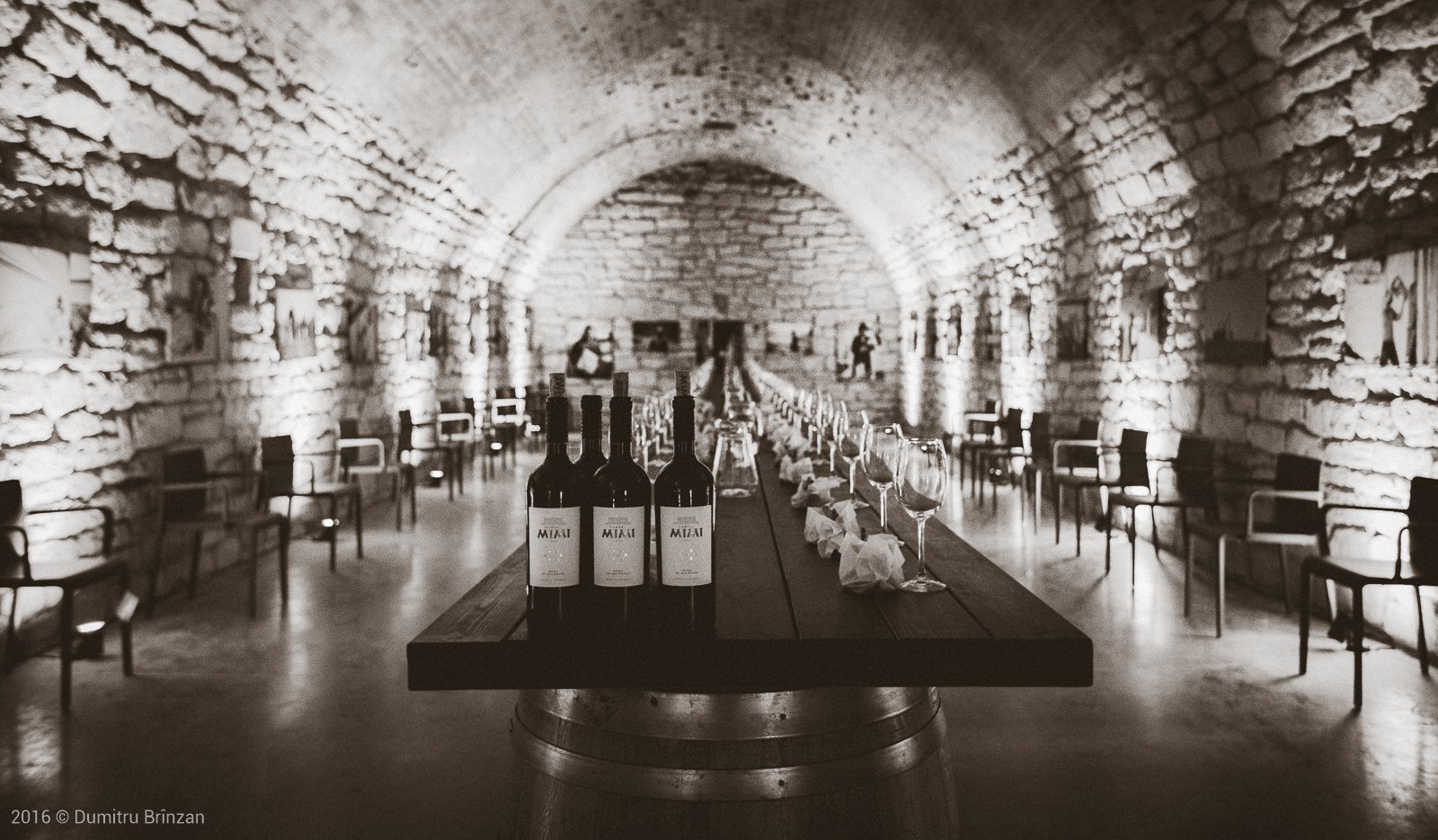 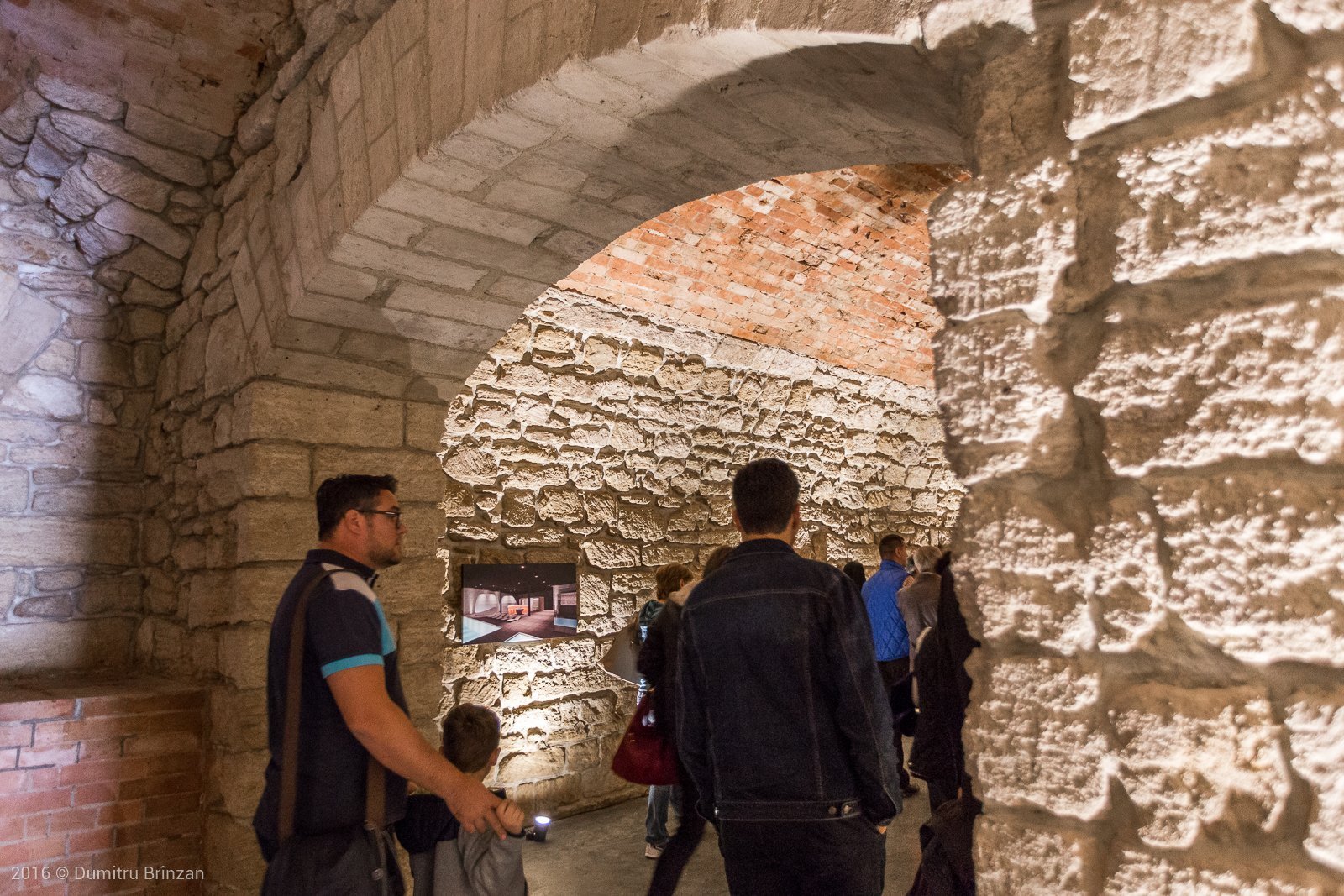 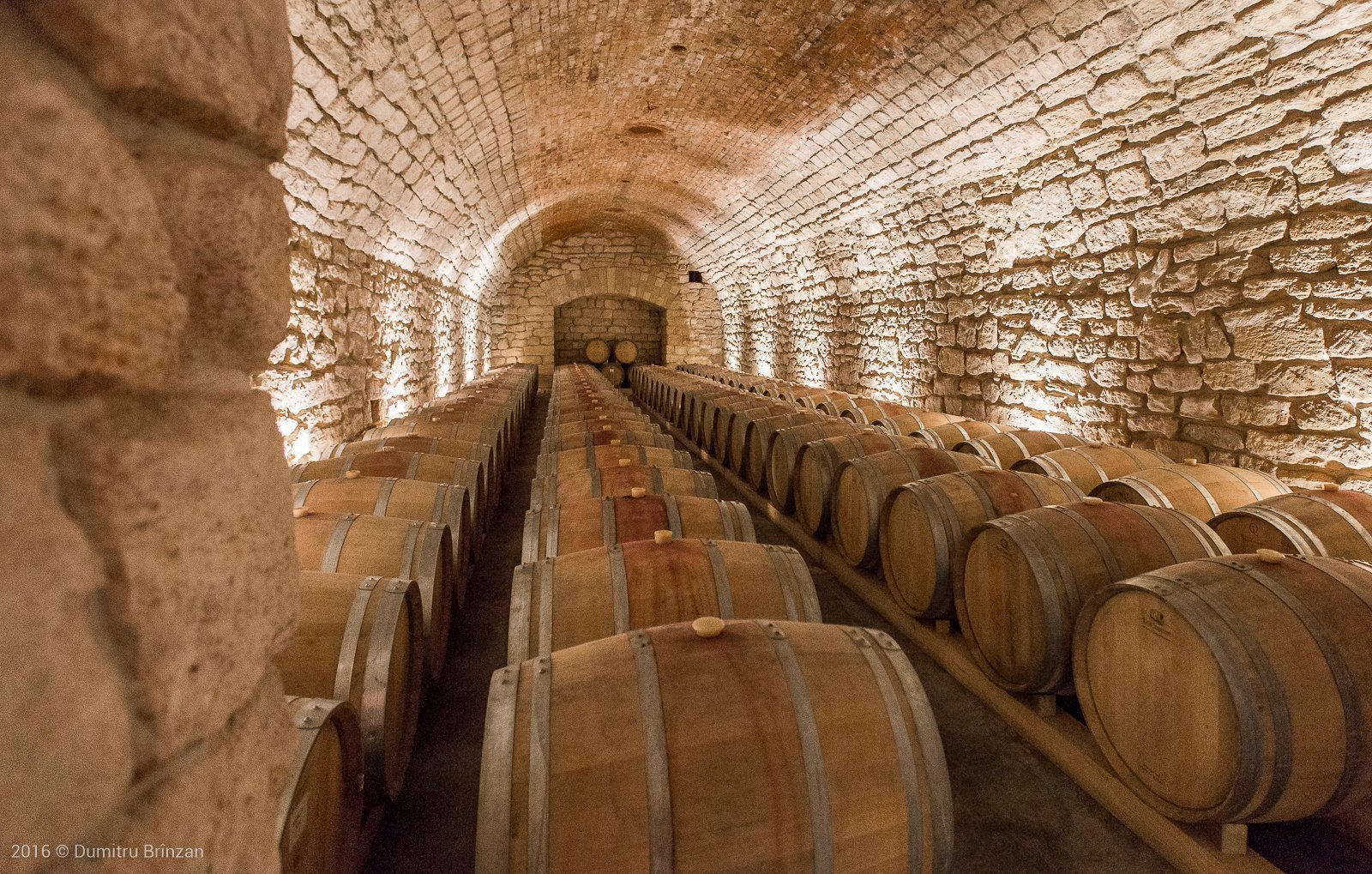 Some of the oak barrels used for aging wine. French and American oak barrels are preferred, but there are some from Romanian oak as well. 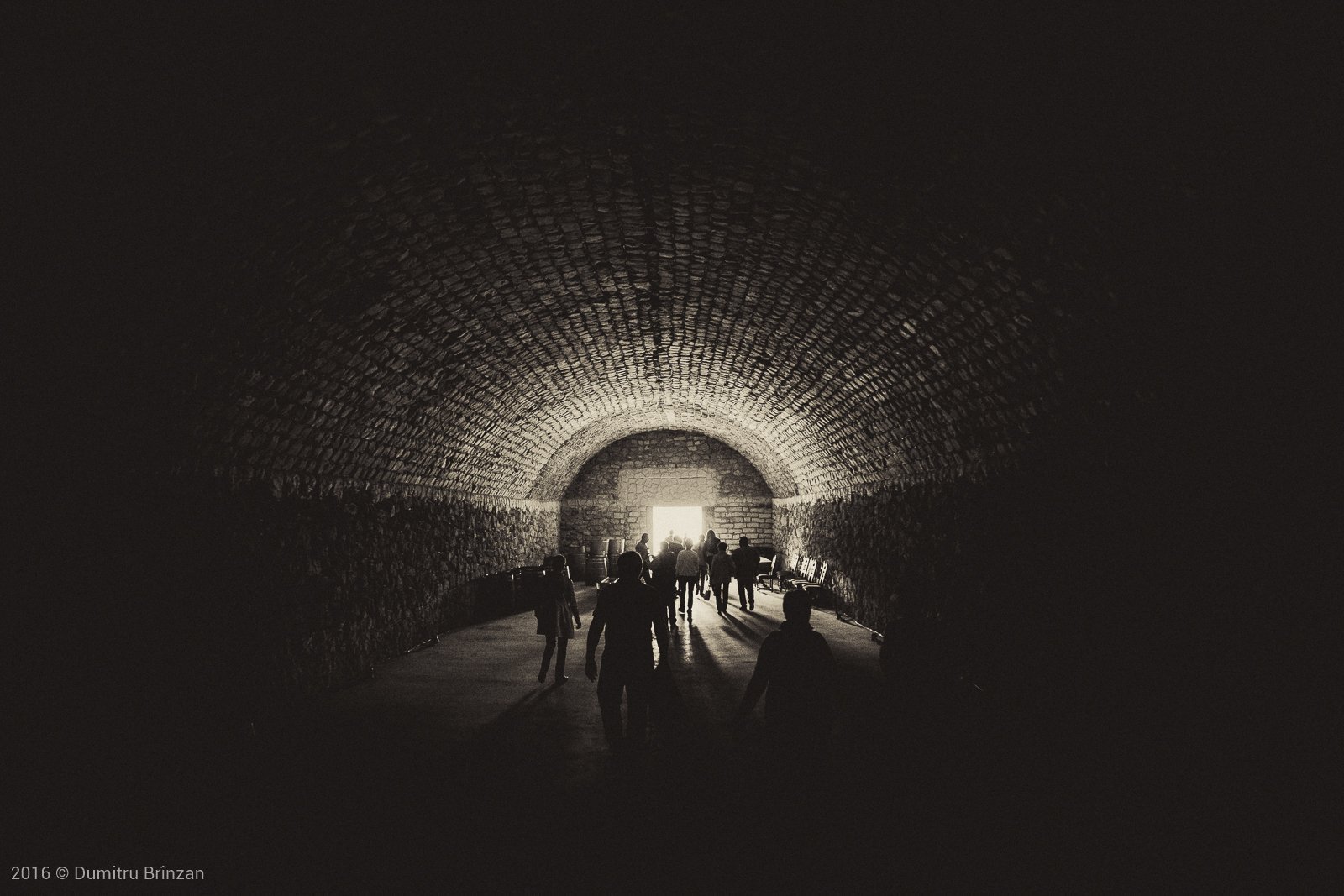 The Secret Cellars are conveniently marked with an arrow. Follow the light! 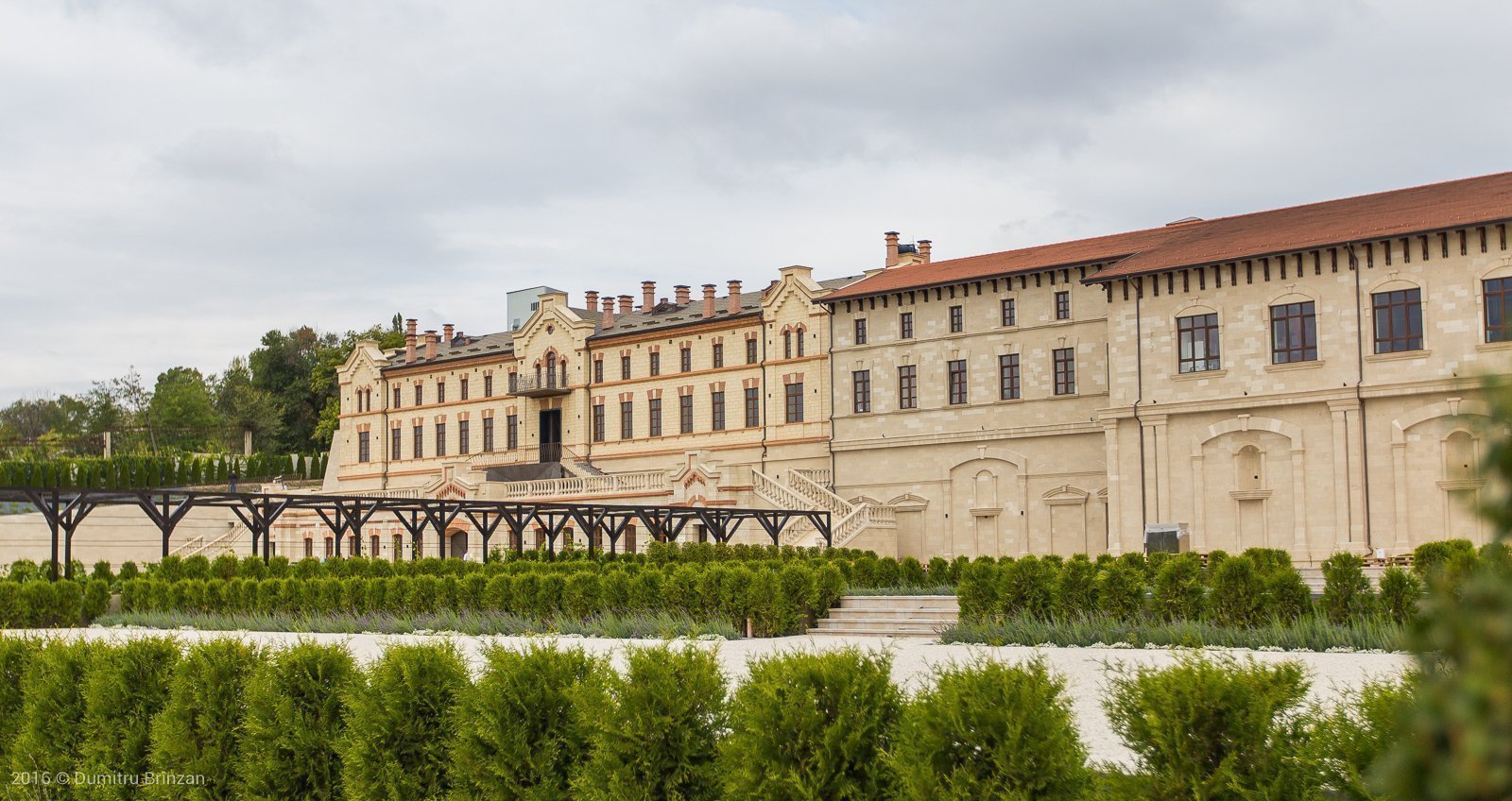 The exit from the Secret Cellars will bring you right to the swimming pool. I decided not to shoot it in its unfinished state. Instead we turn our head to the right and see this. 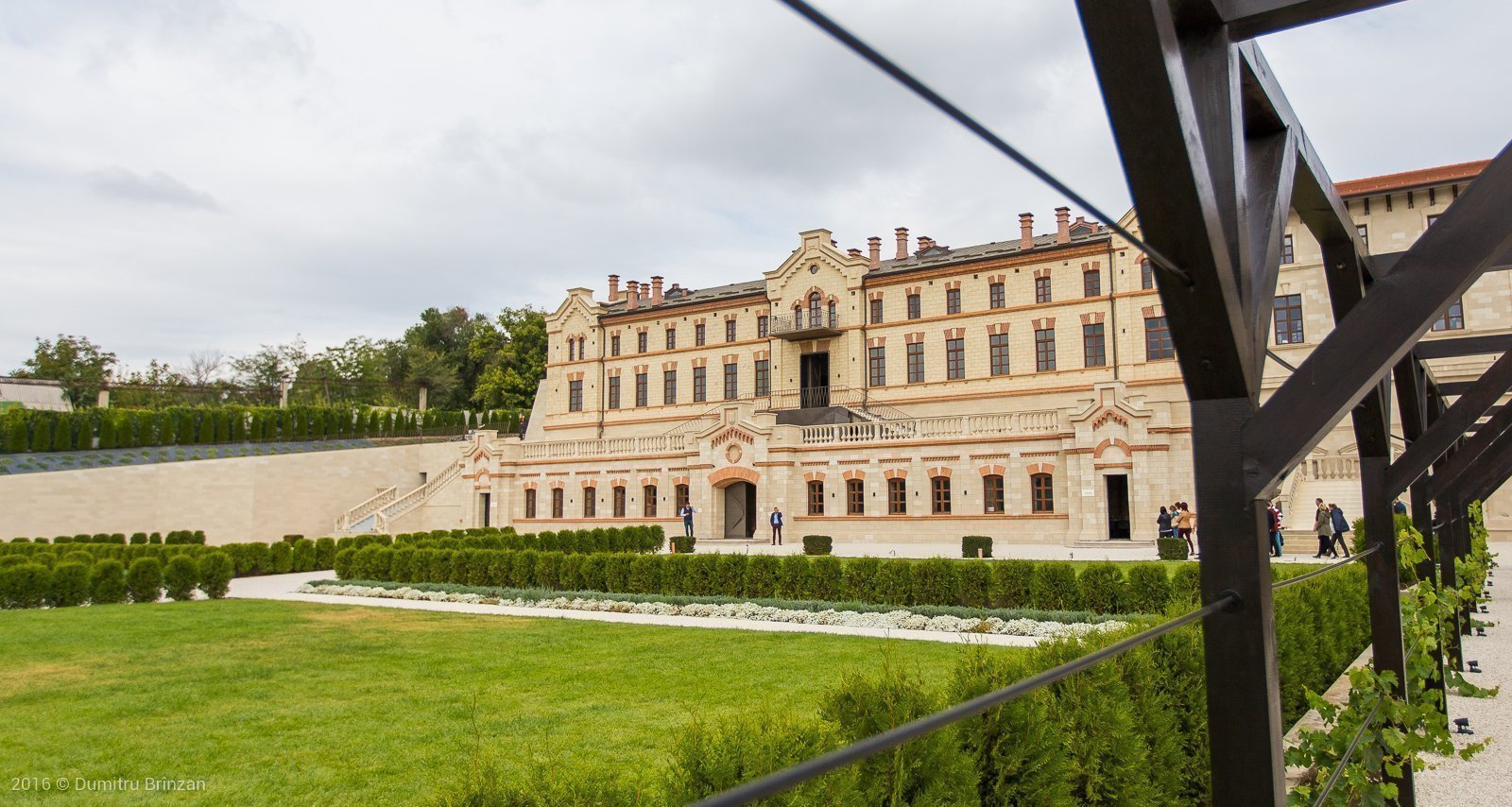 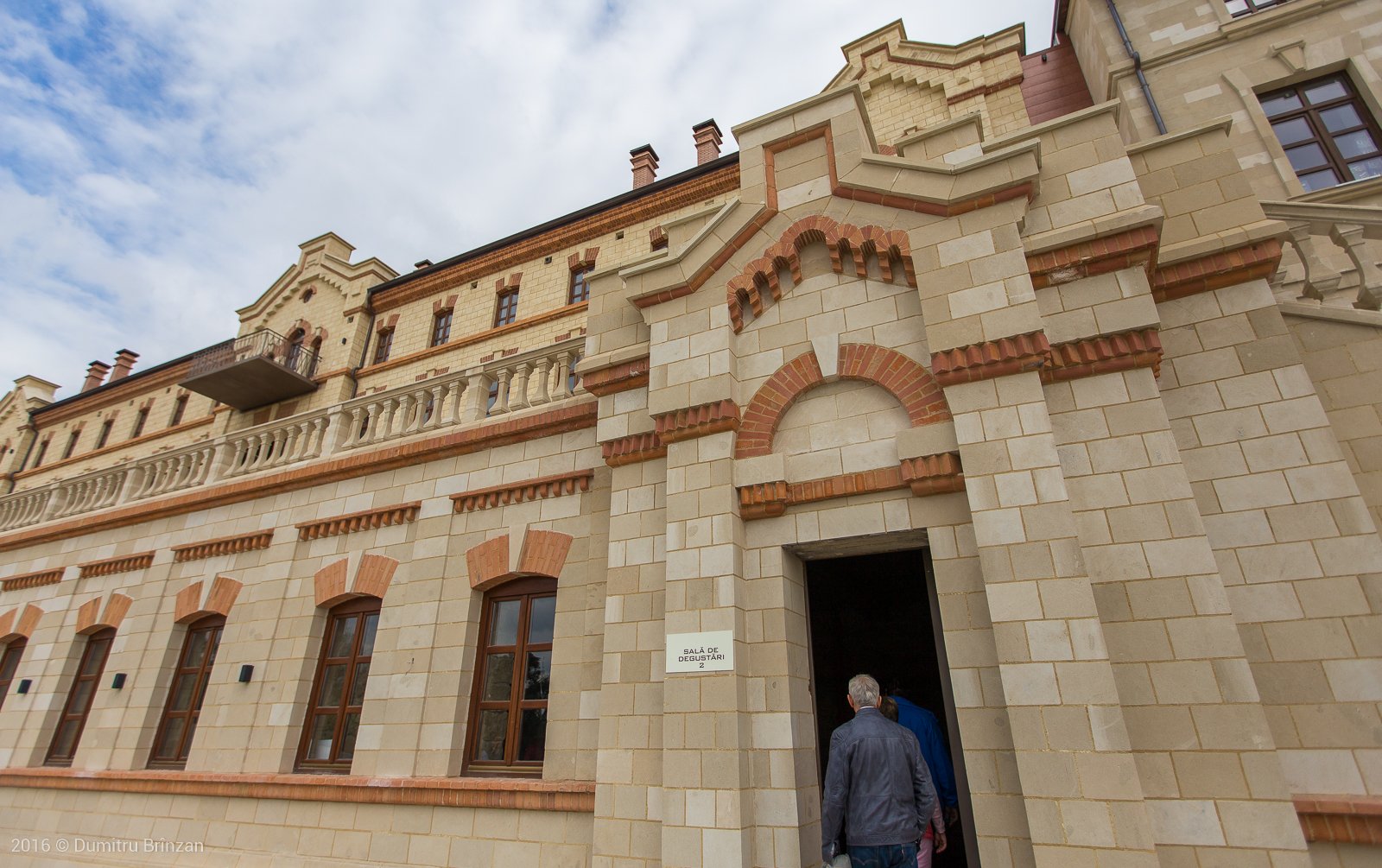 On the ground level there are 2 main tasting rooms, each with a capacity of ~30-40 people, with plenty of natural light.
Personally I would like to know the decision behind the tables made out of glass. I would have expected to see some good wooden furniture instead. I don’t like the feeling from putting a glass or a plate on an empty glass table. 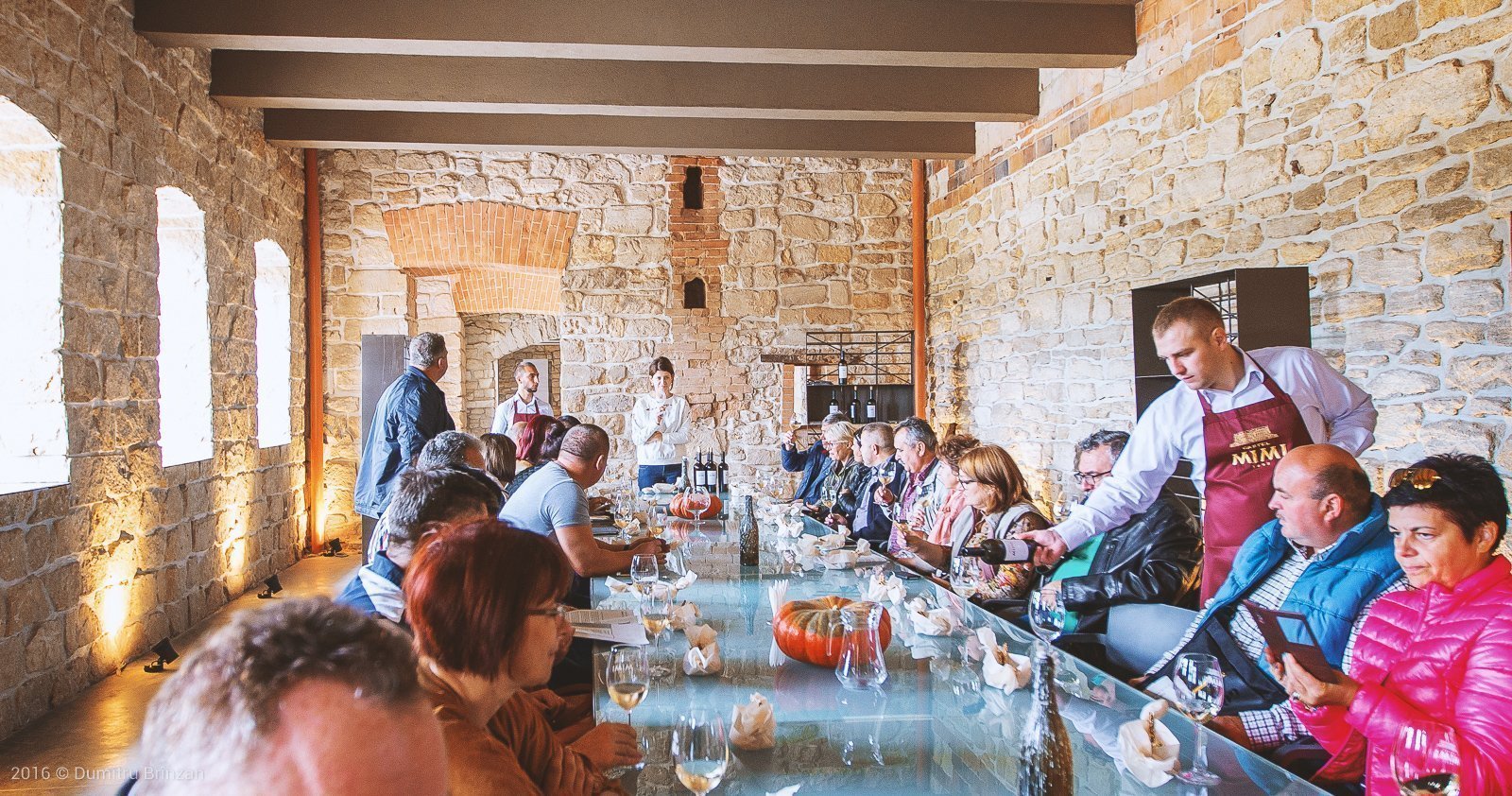 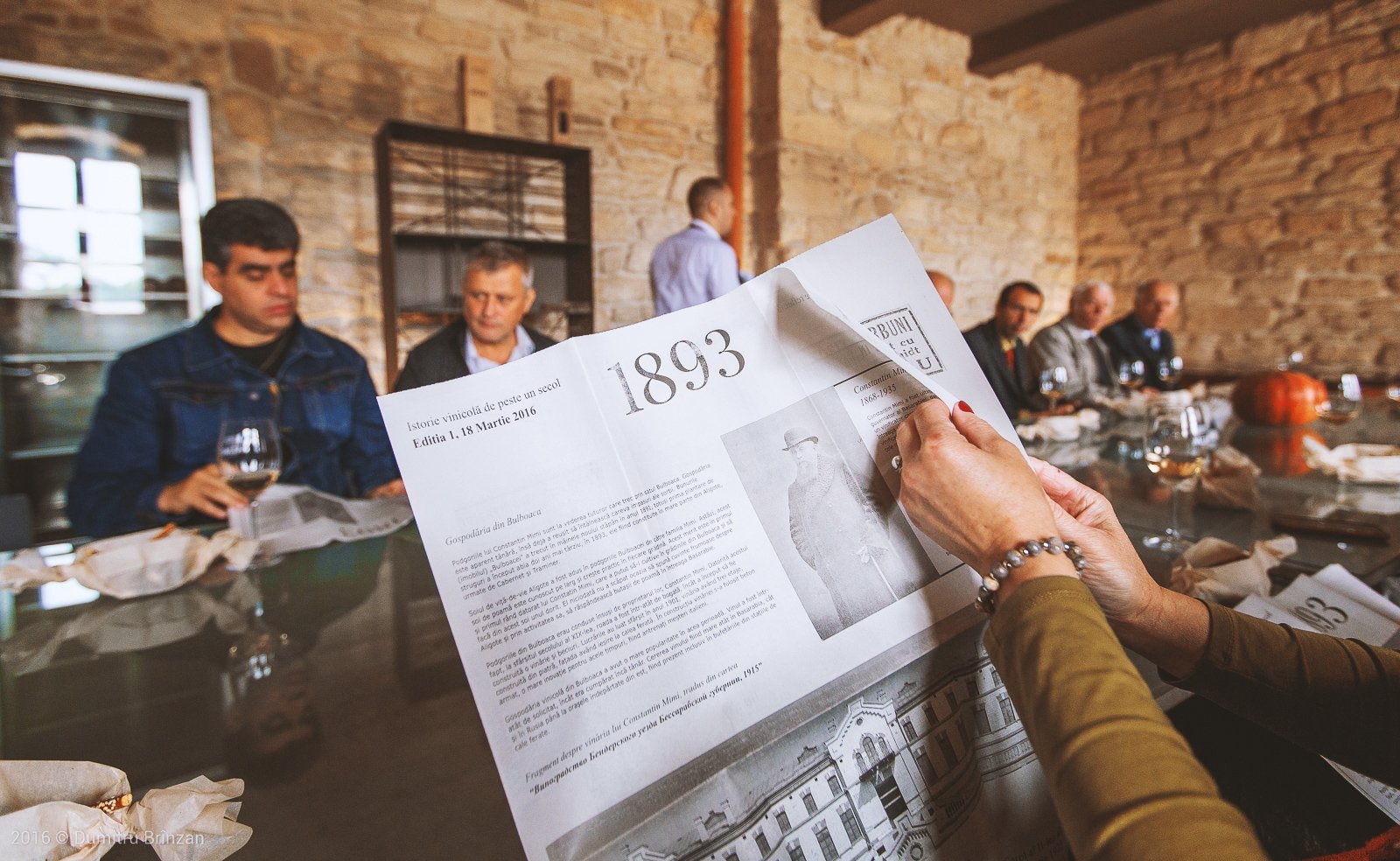 The history of Constantin Mimi and of MIMI Winery can be read in the form of a newspaper. 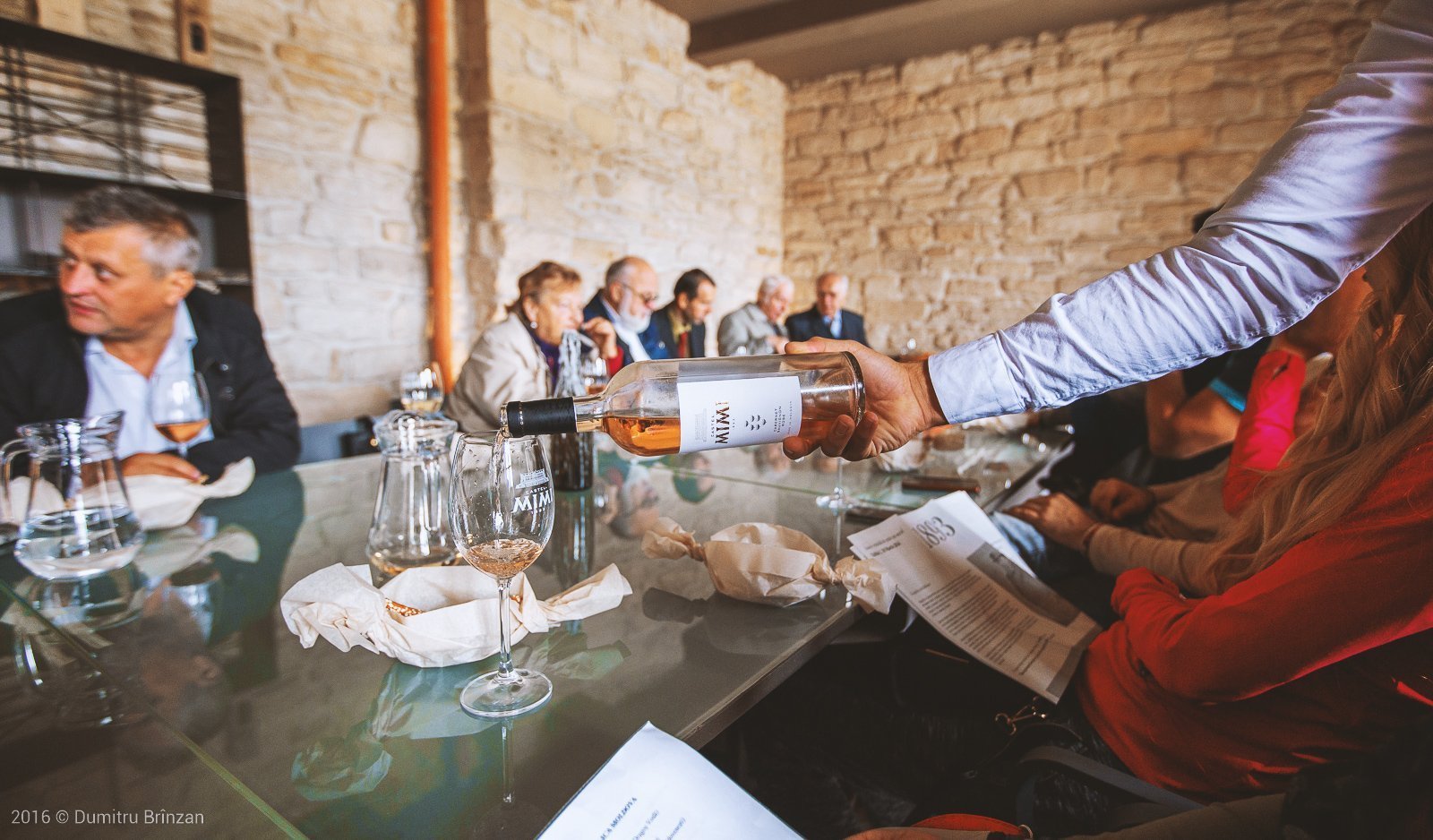 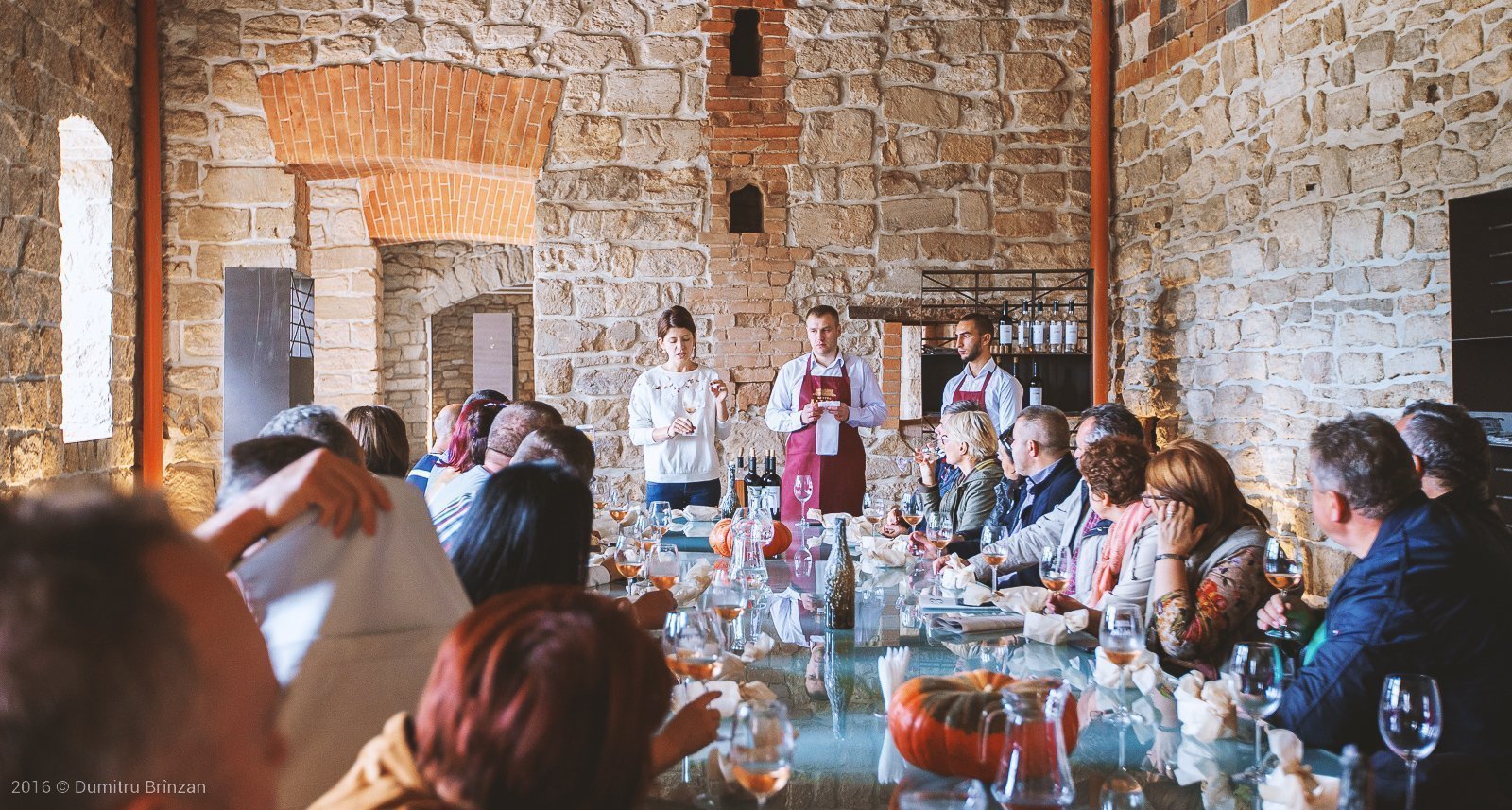 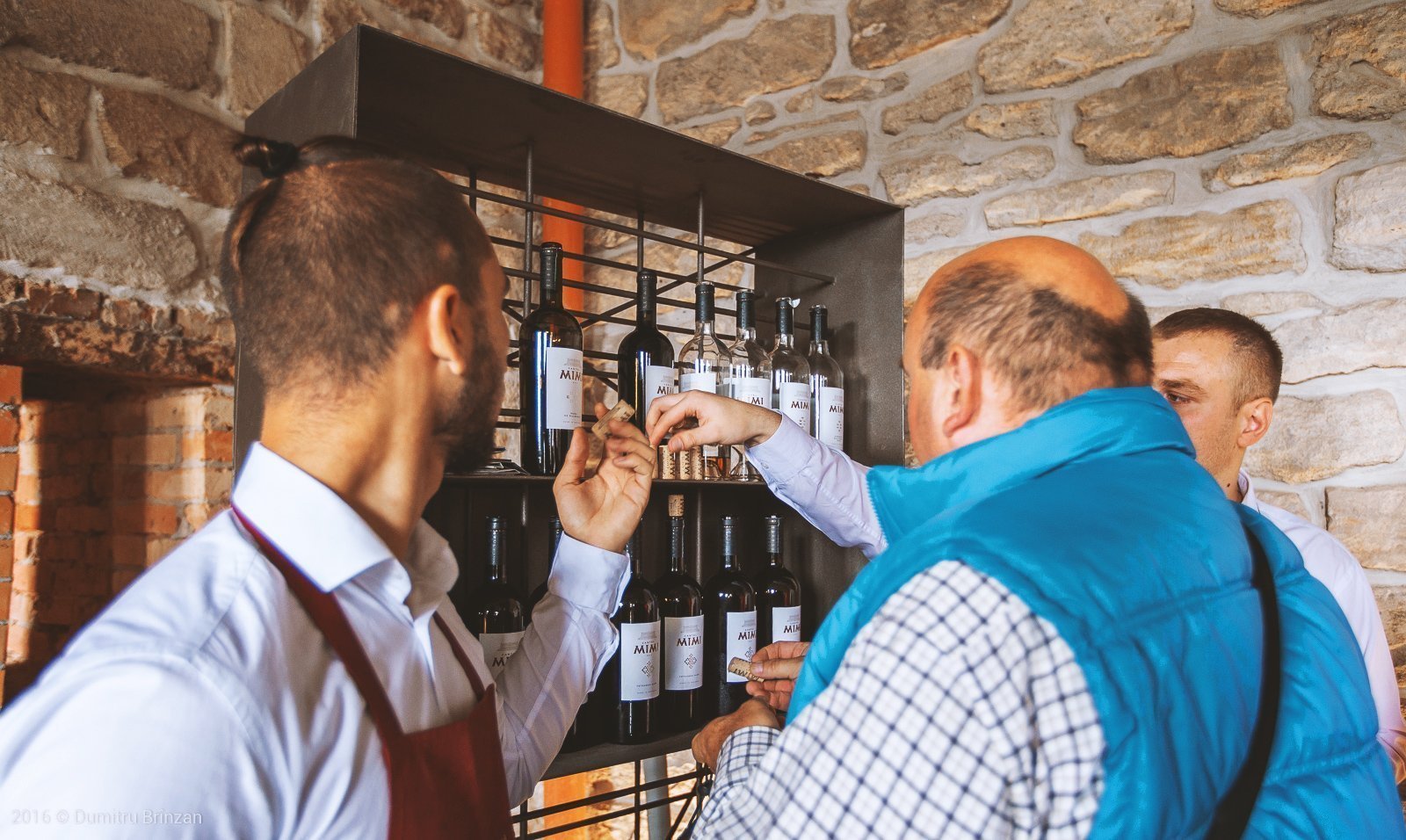