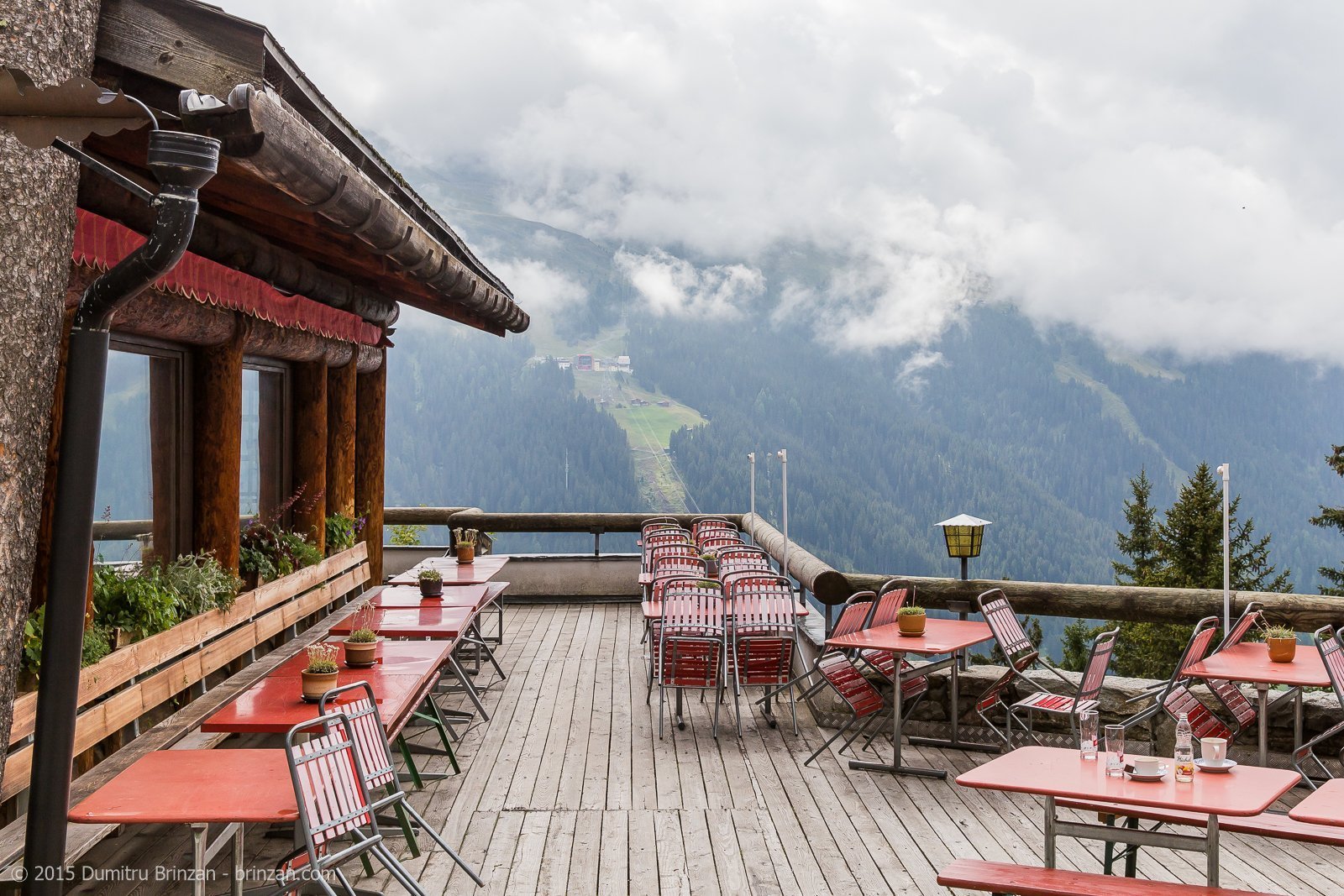 Touching the Sky at Hotel Schatzalp in Davos, Switzerland

Davos is one of the biggest ski resorts in Switzerland and the highest city in Europe, at an altitude of around 1600 meters.

Berghotel Schatzalp is a historical building opened back in 1900. What started out as a unique treatment facility for rich tuberculosis patients, was converted into a luxury sanatorium in the 1950’s.

To reach Schatzalp you take a funicular (free of charge for hotel customers) which takes you up for another 300 meters. So basically you spend your time on an altitude of close to 2000 meters above the sea level.

The oxygen concentration is lower than at low ground, so you get tired much quicker even from some basic activities, a very interesting feeling.

The movie Youth (2015) is coming out in September, starring Michael Caine, Harvey Keitel and Rachel Weisz and is directed by the Oscar-winning director Paolo Sorrentino. The movie was shot at this hotel, something that the staff and owner are quite proud of. Many customers will also notice a lot of similarities with the hotel depicted in The Grand Budapest Hotel film (by Wes Anderson).

Here are some photos from our stay at the hotel. The views are breathtaking even in rainy or misty weather, a lot of things to do for a photographer.