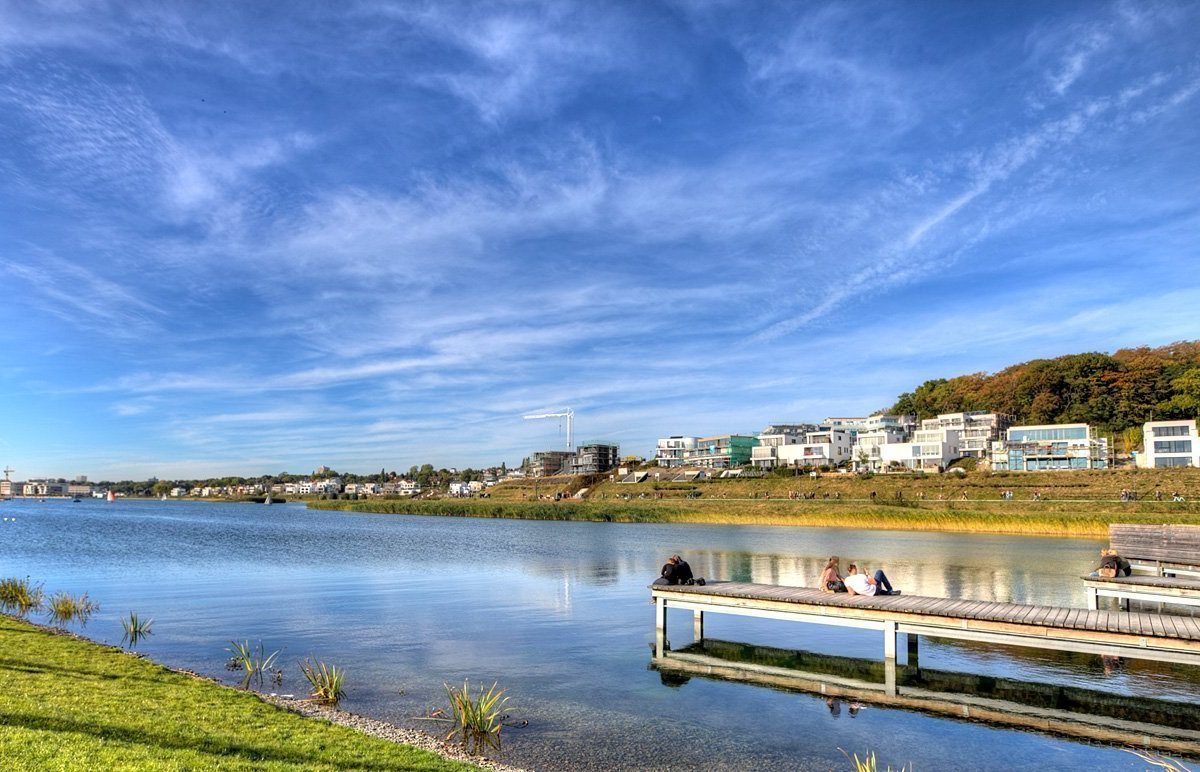 One of the largest urban development projects in Germany is the Phoenix See (Phoenix-See on Wikipedia). On the area of the former blast furnace and steel plant site of ThyssenKrupp newly formed and developed a new recreational area.

The new lake invites for walking, jogging, cycling or skating. The 3,2 km long pedestrian and bicycle paths invite visitors to relax, as well as to sporting activities. Not only sports has the Phoenix See to offer, on the shores of the lake form high-end residential units, commercial offices, a floating stage with a marina and a promenade with restaurants. Ten years was scheduled, the official start of the flooding was on October 1st 2010.

One Reply to “Phoenix-See in Dortmund, Germany (October 2013)”